Back when mega wombats, sheep-sized echidnas, and marsupial lions roamed the ancient lands of Australia, there also lived a gigantic flightless bird. Known by some as the 'demon duck of doom', Dromornis stirtoni is described by paleontologist Trevor Worthy as an "extreme evolutionary experiment".

"It would appear these giant birds were probably what evolution produced when it gave chickens free reign [sic] in Australian environmental conditions," explained Worthy, a researcher from Flinders University in Australia.

While discoveries of their skulls are rare, fossil records suggest 'mihirung' (an Aboriginal word for 'giant bird') existed for an incredible 25-million-year stretch of time.

Some species were about the size of cassowaries, but others eventually evolved into the whopping half-ton weight of D. stirtoni, with massive beaks to help them devour all the vegetable foods they required to maintain their exaggerated size.

However, to make room for their enormous beak, these absurdly inflated chickens developed rather distorted skulls. 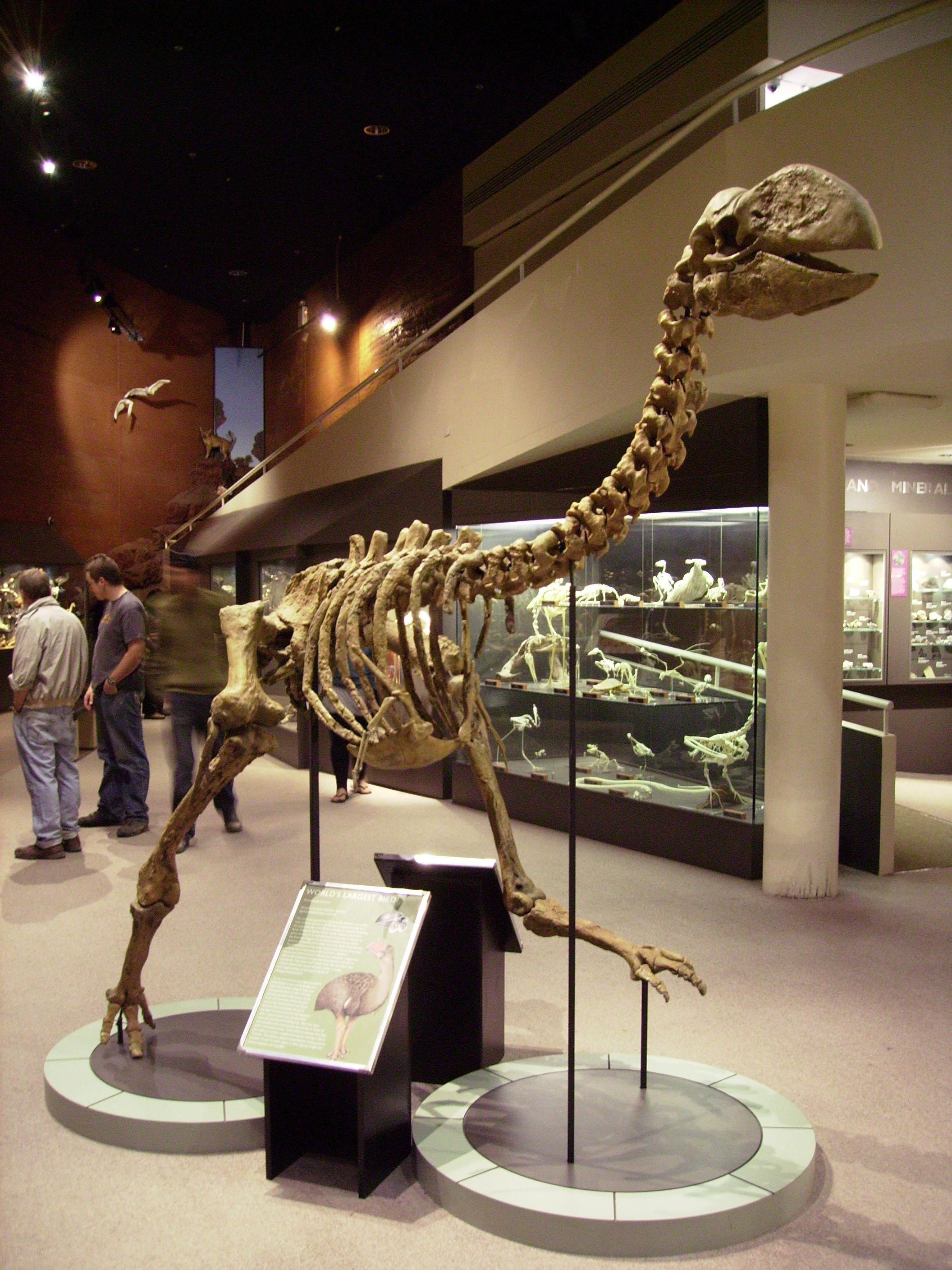 Above: Reconstruction of a Dromornis planei skeleton, Museum of the Northern Territory.

"To accommodate the muscles to wield this massive bill, the cranium had become taller and wider than it was long, and so the brain within was squeezed and flattened to fit," said Worthy.

This allowed the researchers to identify traits that reveal how these animals probably lived.

"Together with their large, forward-facing eyes and very large bills, the shape of their brains and nerves suggested these birds likely had well-developed stereoscopic vision, or depth perception, and fed on a diet of soft leaves and fruit," Handley explained.

The researchers built brain models from CT scans of the fossilized skulls from Queensland and the Northern Territory and compared them to modern birds to further clarify their relationships.

"The unlikely truth is these birds were related to fowl – chickens and ducks," said Worthy. 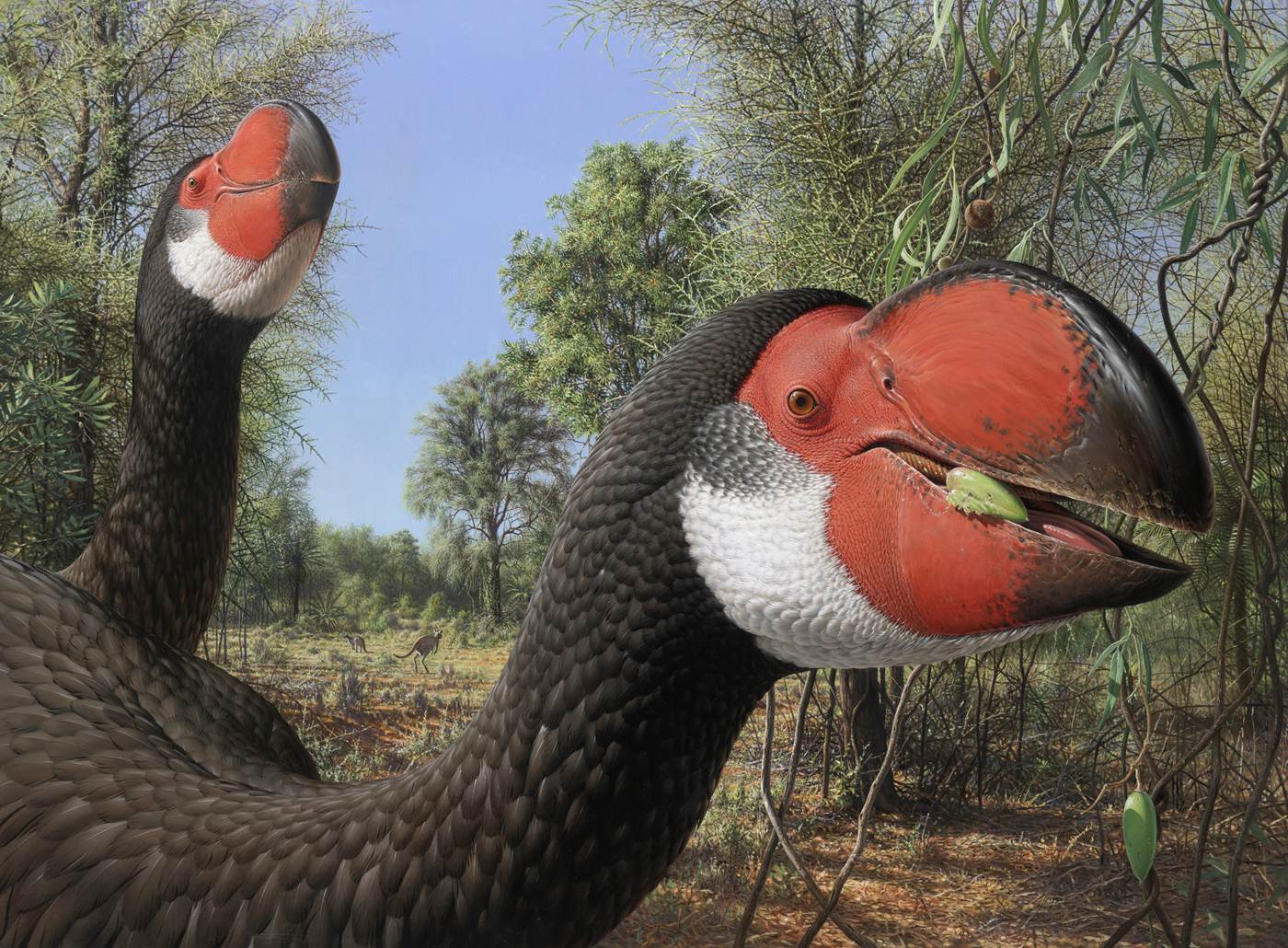 The team thinks periods of lush forested states in Australia during the mihirung's early evolution provided adaptation pressure for the birds to form their advanced vision, allowing them to navigate these complex forested environments.

The flightless giants then appear to have used these abilities to adapt to the steadily drying Australian climate through to the late Pleistocene – eventuating in their likely restriction to shrinking woodlands around waterways, potentially placing them directly in the path of new human arrivals.

These forces, amongst others, may have led to the demise of these unique bird beasties, somewhere between 50,000 to 20,000 years ago. 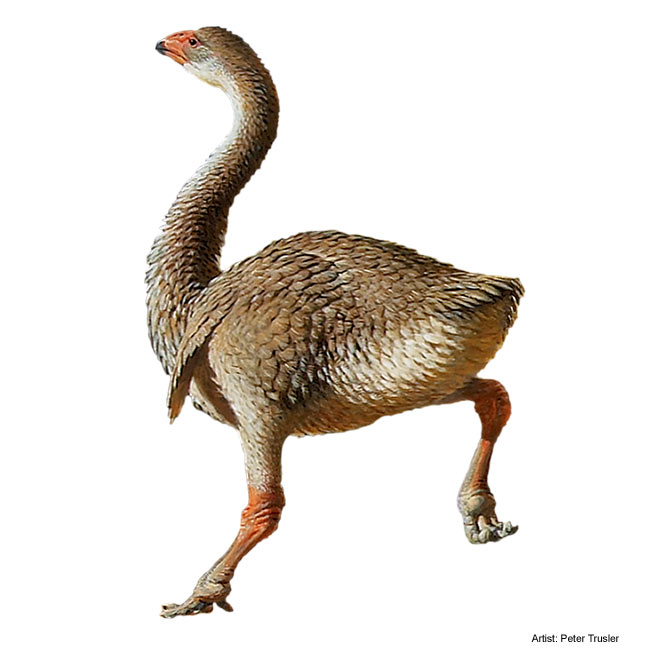 Their cranial and endocranial morphology is "unlike any attained in the evolution of birds" and represents distinct adaptations to the progressively changing Australian environments, Handley and Worthy concluded in their paper.

Their research was published in Diversity.