In the latest instalment of 'don't panic over everything you see on social media', a viral photo of a heavily cultured petri dish has been doing the rounds, freaking people out about the use of hand dryers in public restrooms.

Given the nastiness of this year's flu season, we're not surprised the menagerie of growths has struck a nerve. But overall, that petri dish isn't nearly as horrifying as it seems, and here's why.

According to The New York Times, the whole thing started when nursing student Nichole Ward from California posted the results of a microbiology assignment on her Facebook feed for friends and family to admire. 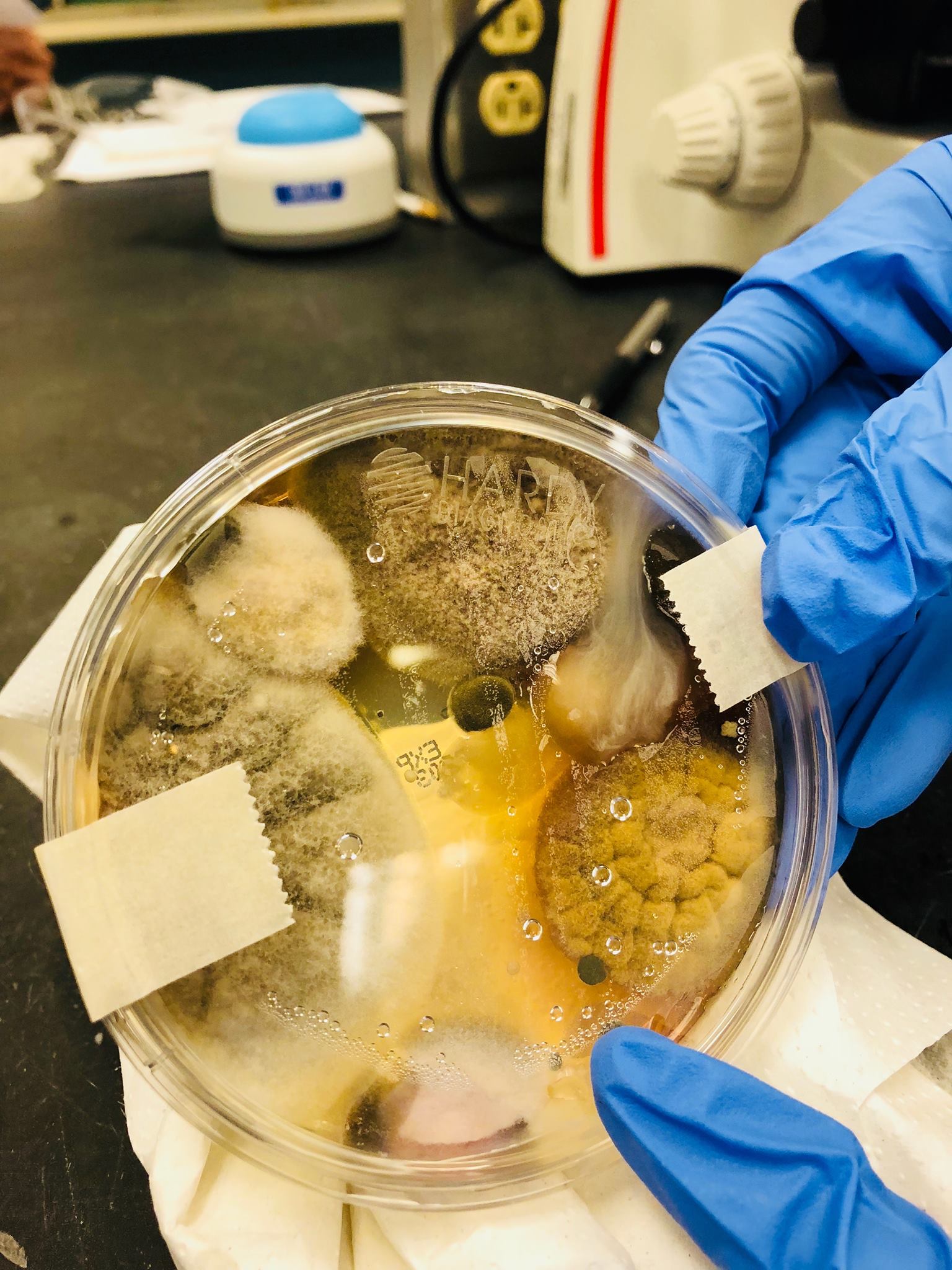 The assignment was to put a petri dish loaded with SabDex Agar in an environment for three minutes, close it up, and incubate for 48 hours.

Ward chose one of those jet-like Dyson hand dryers in a public women's bathroom, and was surprised to find more abundant colonies on her dish than any of her classmates got.

"This is the several strains of possible pathogenic fungi and bacteria that you're swirling around your hands, and you think you're walking out with clean hands," Ward wrote in her Facebook post.

The image, which had over 575,000 shares at the time of writing, started doing the rounds straight away. Even though Ward explicitly said in the image caption that the goal was not to "instill fear", the internet did not listen and promptly freaked out.

Of course, one petri dish doth not prove that Dyson hand dryers are the filthiest things imaginable.

As you probably are well aware, bacteria, fungi, and other microbes are literally everywhere, and the vast majority of them are not there to make anyone ill.

Whenever you see a petri dish blossoming with species, it's worth remembering those things contain just the kind of food microorganisms like, which is very different from having the fungal spores simply being kicked around with a hand dryer.

Also, without knowing more about the conditions of the experiment, it's impossible to tell what exactly Ward's little colonies were - and the assignment didn't actually entail the step of identifying the species.

But we do know that the type of agar she used is for culturing yeasts and fungi while inhibiting the growth of most bacteria, so it's possible there aren't even any pathogenic bacteria we're seeing there - just a bunch of very happy moulds.

When the story hit the internet fan, Dyson appeared unimpressed, providing a statement to ABC news which said they were "very surprised to see these results, and unclear on the methodology employed."

While those super-powered Dyson hand-dryers certainly come with claims to be hygienic, it's true that any hot air device in a public restroom can potentially blow microbes around, as the TV show Mythbusters demonstrated way back in 2013.

This idea is also supported by a 2016 study on virus dispersal through three hand-drying methods - paper towel, warm air dryer, and jet air dryer. But in that case, the participants' hands were specifically coated with a particular virus.

So, are hand dryers really the incubators of death they are made out to be? Seems unlikely.

But that doesn't mean you shouldn't pay attention to good hygiene - the way you dry your hands won't matter at all if you aren't washing your hands correctly.