We're About to Witness a Rare Transit of Mercury Next Week. Here's How to Watch

One of the finest spectacles in astronomy is to witness the passage of one object in front of another. This can transpire as an eclipse, an occultation, or a rare event known as a planetary transit.

We get a shot at seeing just such a singular event next Monday on 11 November, as a transit of Mercury across the face of Sol occurs for the last time this decade.

Keep in mind, watching the transit low to the horizon near sunrise or sunset will also give photographers a chance to catch the Sun, plus the 'shadow' outline of Mercury along with the silhouettes of foreground objects on the horizon, making for a very photogenic spectacle. Only Australia and eastern/central Asia will miss out. 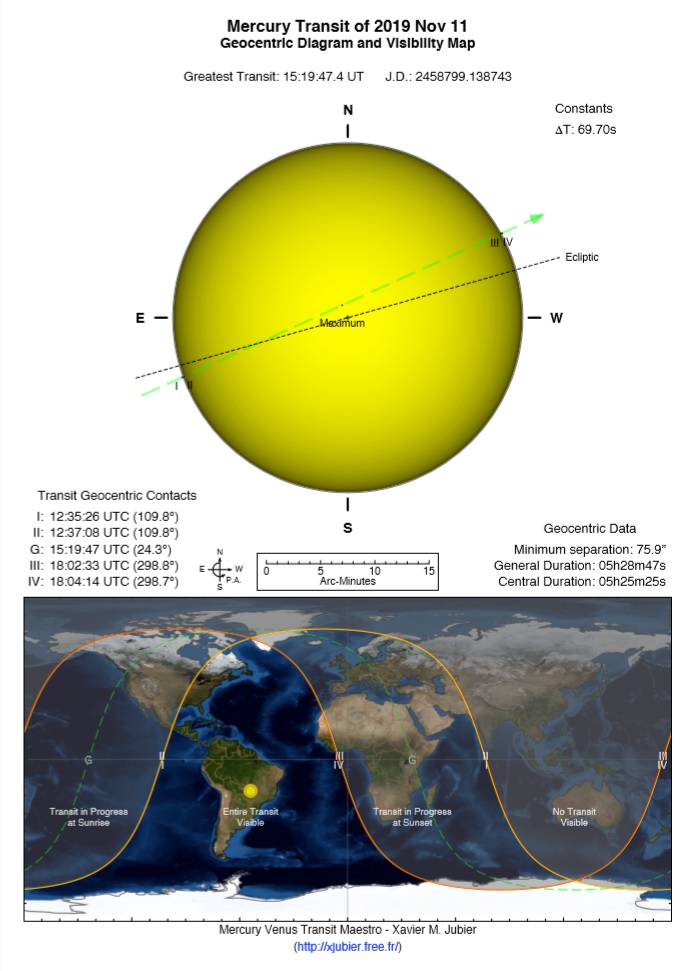 First, the good news: you don't need a perfectly clear sky to see the transit: just a good view of the Sun. As of writing this, weather prospects for the US Eastern Seaboard are a bit touch and go. We should have a better grab on just what the skies are going to do come Monday going into this weekend.

Observing a transit of Mercury is a unique event, requiring adequate preparations versus an eclipse or transit of Venus. Mercury is tiny: during the transit, the disk of the innermost world will appear only 10″ across.

If you have a hydrogen-alpha telescope or a telescope equipped with a white-light filter for solar observing, you're all set. One method we've used is to construct a binocular filter mask, using a tea box and a pair of repurposed eclipse glasses:

Be sure to watch for the elusive 'black drop' effect during the ingress and egress phases of the event. This phenomenon is more pronounced during Venus transits, but has been occasionally reported during Mercury transits as well. 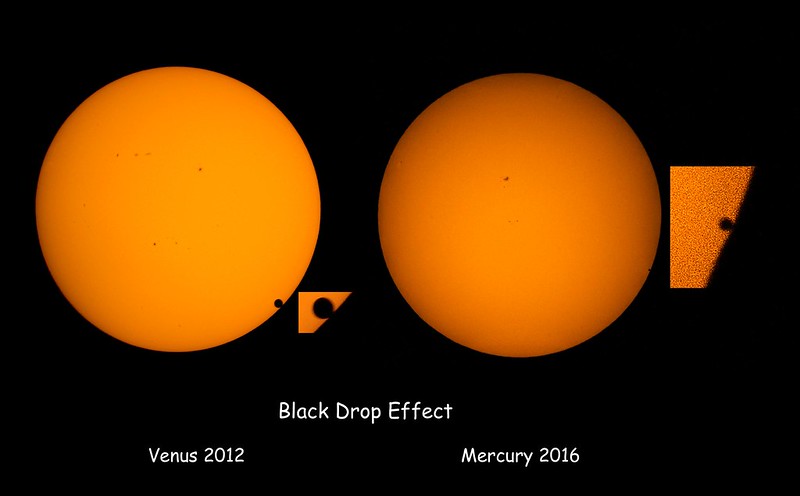 Will we have a spotless Sun for the event? As of writing this, the possibility seems quite probable, as we're in the depths of a profound solar minimum. We had one tiny sunspot group crossing the face of Sol this past weekend, which has since disappeared.

Again, as with weather, we should have a good grasp on if the Sun will be spotless come transit day going into this weekend. Sunspots not only add to the photographic composition during a transit, but it also gives an observer something to focus on and show off to the public prior to the start.

Mercury Transits: Past, Present and Future

In our current epoch, Mercury transits always occur either in May or November.

Happen to be visiting the Apollo 11 landing site on 13 November 2236 AD? Then you can witness a truly bizarre spectacle: Mercury transiting the Sun during a solar eclipse:

Clouded out or live on the wrong side of the planet? You can watch the transit live courtesy of the Virtual Telescope Project.

Also transit science is afoot thanks to the Citizen ToM (Transit of Mercury), Using Citizen CATE gear from the 2017 total solar eclipse, as student groups plan to replicate the historic measurement of the astronomical unit using the transit.

Don't miss next Monday's transit, and the rare chance to watch the celestial clockwork motion of the heavens in action.