This year's first supermoon potentially graced the sky on February 9. A supermoon is usually defined as the largest full moon possible.

This is a very loose definition and roughly means this happens when the full moon occurs within 10 percent of its closest to Earth.

But in reality, supermoons are never huge at all. There are in fact countless misunderstandings about the Moon and how it appears in the sky. Here are five such examples – and how to disprove them yourself.

The supermoon is huge

From an observer's point of view, a supermoon is approximately just 14 percent bigger than when it's smallest. That said, if you were viewing a normal moon and a supermoon side by side, you would be able to spot the difference. 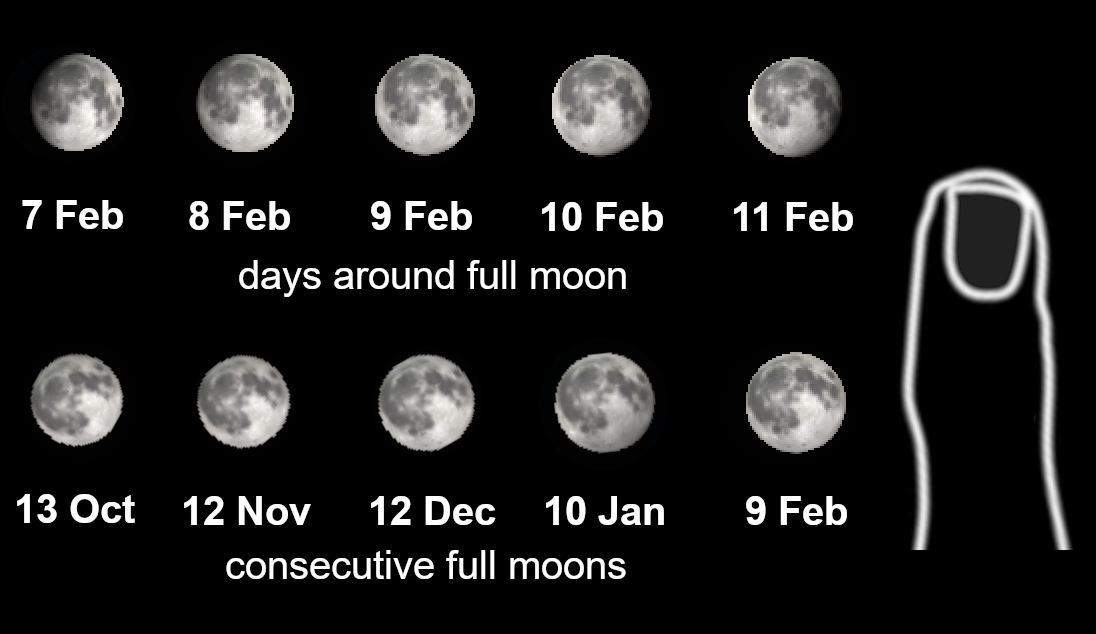 Size comparisons of the Moon for consecutive days and full moons. (Daniel Brown)

But our eyes cannot measure the apparent sizes of objects in the sky with high precision without comparing them to something. And herein lies the misconception.

The Moon does not suddenly grow in size, but gradually appears a tiny bit bigger and then smaller during the month. To fully compare how super this moon is, you would need to compare it with a full moon several months ago. And even then, the difference is rather small.

There's a dark side of the Moon

A classic misconception is that the Moon has a dark side that never sees any light from the Sun. This is because we tend to believe the Moon doesn't rotate around its own axis - we after all always see the same side facing towards us.

But that's incorrect. We see the same side because the Moon rotates around itself once while it moves once around the Earth. You can experience this yourself with a simple experiment. Slowly walk around a chair at home so that you always look directly at it.

Note how you might see the chair in front of the window and then later in front of your desk, depending in where are are. If you stop somewhere, you only see one background. To see all the other parts of the room, you will need to turn around or rotate.

The Moon does the same - it moves around the Earth and rotates. Now if the Moon rotates, and the half of the Moon facing the Sun is illuminated, then surely every side of the Moon will see the Sun over a month.

Over a month, the Moon shows different phases. This is sometimes incorrectly explained by the Earth's shadow covering parts of the Moon.

But it is rather an issue of how we view the Moon. Given Earth's location, we see different sides of the Moon that are more or less illuminated.

IMAGE: As a guide possible objects are included that might cause a shadow to explain the observed shape of the phase.

You can also prove that the Earth's shadow cannot be responsible for the phases of the Moon by thinking about the shape of the Earth - surely it should always be a sphere.

But note, for example, the different shape of a waxing crescent to gibbous moon. If the Earth's shadow were causing this then the planet would have to have a rather odd banana shape. 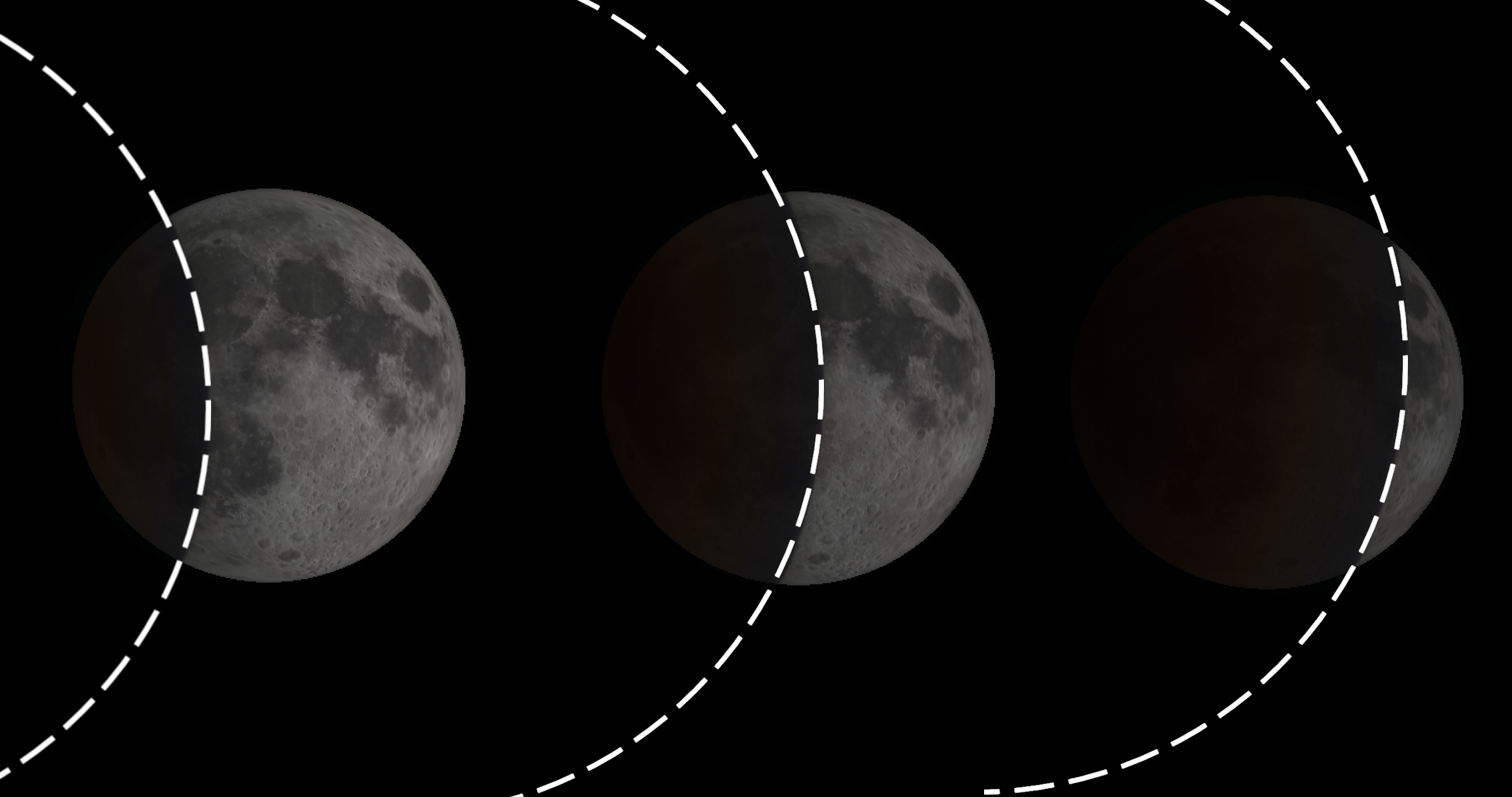 IMAGE: Note how the curvature of the shadow always fits the Earth's round shadow.

However, there is one exception. During a lunar eclipse - occurring only at full moon - the Moon actually moves into the Earth's shadow.

The Moon moves differently in the southern sky

The shape of the crescent reveals whether the Moon is growing or fading. If you are in the northern hemisphere, you can remember the shapes with the mnemonic "DOC".

The explanation is simple and proves that the Earth is a sphere. As you move from the northern hemisphere to the southern (or vice versa), your viewpoint of the Moon turns upside down.

IMAGE: These are three different views of the recent close encounter of Venus and the young moon crescent on January 28 2020. Note it is always the same (enlarged) waxing thin crescent but its orientation is altered nicely marked by Venus.

Since we see the Moon upside down when we move into the opposite hemisphere, the phases will be inverted as well, but they still rise in the eastern part of the sky and set in the western part of the sky. This means their path indeed moves them from right to left.

The Moon's curved crescent is said to always point towards the location of the Sun. But we don't always see it like this because of the moon tilt illusion.

IMAGE: The (enlarged) half moon in Nottingham. On the right the observer is forcefully leaning back to ensure they directly face the Moon with the Sun to their exact right.

We assume that a line connecting two points – in this case the Moon and the illuminating Sun – should be straight.

But because we look at these points from a fixed location on a spherical planet, the line is really curved. Changing our position so we see a better projection of the two points gives a more realistic view.

You can do this by simply leaning back while looking directly at the Moon until the Sun is exactly to your right or left.