The sinking of the San José (Samuel Scott)
HUMANS

For centuries, untold riches of gold, silver, and jewels buried with the world's most valuable shipwreck were dreamt of by generations of sailors, squires, and treasure hunters alike.

But when eyes were finally laid on the so-called 'holy grail of shipwrecks' – the Spanish galleon San José, which went down off the coast of Colombia in 1708 – they were not, in fact, human eyes.

The doomed vessel was discovered in 2015 after more than three centuries lying in wait at the bottom of the Caribbean Sea, and this week, researchers have for the first time revealed how they made their famous find.

Marine scientists from the Woods Hole Oceanographic Institution (WHOI) in Massachusetts say the San José – whose sunken riches are estimated to be worth as much as US$17 billion in today's currency – was discovered by an autonomous underwater vehicle called REMUS 6000, during a survey off Colombia's Barú Peninsula. 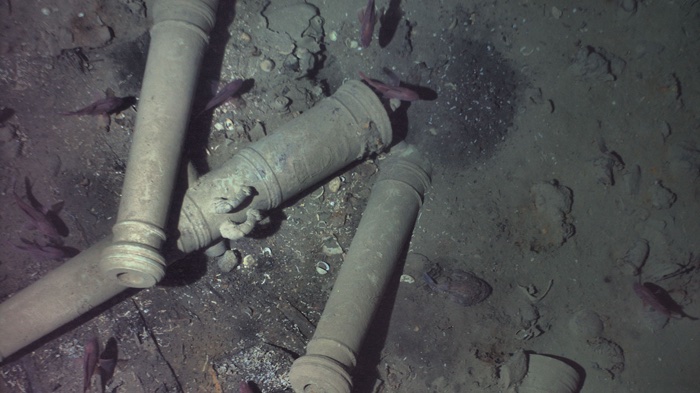 "We've been holding this under wraps out of respect for the Colombian government," WHOI's vice president for marine facilities and operations, Rob Munier, told AP.

Why the need for such secrecy? Ordinarily, general explanations of the technology involved in the discovery of long-lost shipwrecks like this don't take years to see the light of day.

When the Spanish vessel sank in battle with a British squadron in 1708, it wasn't just laden with treasure: the 60-gun galleon was also armed with a significant arsenal of gunpowder, which detonated in the fray, killing almost all of its 600-strong crew.

Centuries later, in the 1980s, a consortium called 'Sea Search Armada' (SSA) claimed to have located the wreck, but Colombia refused to grant SSA permission to salvage the San José, and has for decades legally contested the company's rights to any of its treasure, since it falls within Colombian waters. 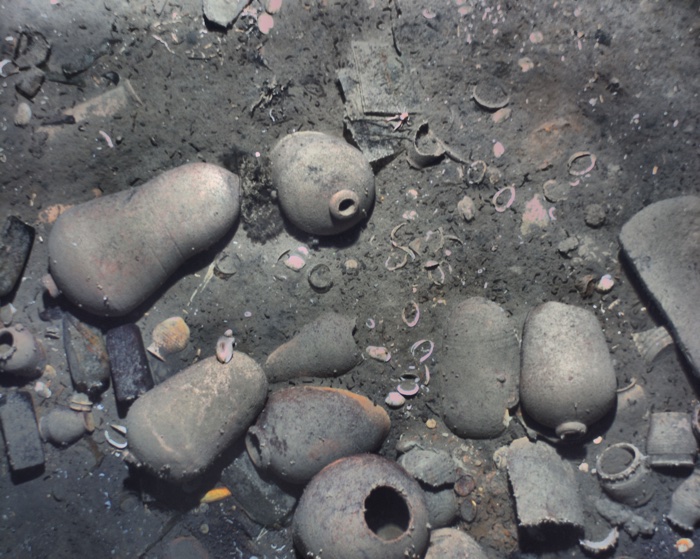 Ceramics and other artefacts (WHOI)

But Spain may also want its piece of eight. After all, the San José sailed under the Spanish flag when it went down, and even though the sinking occurred centuries ago, the Spanish government may claim its own entitlement to the lost riches.

Some contend that since much of the wealth aboard the vessel resulted from the conquest of the Americas, it ought not leave Colombia – while others say other nations still may be entitled to a share of the treasure, based on historical arguments that much Spanish cargo in the late 17th century rightfully belonged to Holland, France, or England.

With the history of these sorts of disputes in mind, the United Nations called on Colombia last month to not commercially exploit the discovered wreck and the cultural heritage it represents.

So far, the Colombian government has kept the exact location of the San José's remains secret – not clarifying whether it's the same site that SSA claimed decades ago – but has said the wreck has not been looted, meaning the full cargo on board is expected to be recoverable.

In terms of new details of the vessel's discovery, WHOI – which acts in collaboration with the Colombian government, in addition to other parties –says the wreck was located more than 600 metres (almost 2,000 ft) deep, in an area the REMUS 6000 began surveying in June 2015.

Those early dives were unsuccessful, but a return expedition months later gave the first signs of the wreck. 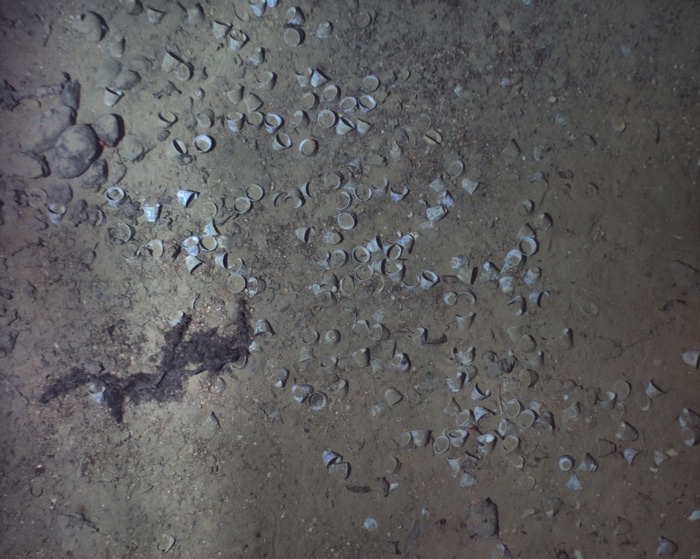 Teacups from over 300 years ago (WHOI)

"During that November expedition, we got the first indications of the find from side scan sonar images of the wreck," WHOI expedition leader Mike Purcell explains in a statement.

"From those images, we could see strong sonar signal returns, so we sent REMUS back down for a closer look to collect camera images."

Photographs taken just 9 metres (30 ft) above the wreck identified the vessel's cannons, and later dives uncovered details like engraved dolphins carved into the cannons' bronze, in addition to scattered teacups on the seabed, plus ceramics and other artefacts.

"The wreck was partially sediment-covered, but with the camera images from the lower altitude missions, we were able to see new details in the wreckage and the resolution was good enough to make out the decorative carving on the cannons," says Purcell.

There's no official word yet on when or how these objects will be recovered – not to mention the San José's other considerable riches, which have not yet been detailed.

But with all the violence and intrigue in the galleon's storied past, we'd say this salty tale of long-lost plunder is very far from being over.