For example: is coffee going to cure your cancer, or kill you? Depending on which Facebook link you click on, or which morning show segment you watch, you're going to get a conflicting answer. And that's a problem, because all those mixed messages can leave people uncertain about what and who to trust.

"Coffee today is like God in the Old Testament," says Oliver in this episode of Last Week Tonight, "It will either save you or kill you depending on how much you believe in its magic powers … After a certain point, all that ridiculous information can make you wonder, is science bullsh*t?"

No! It's not. But there is a whole lot of bullsh*t out there masquerading as science. And science, for all its imperfections, deserves a whole lot better than that.

You can watch the full segment below (YouTube version at the end of this story for those outside the US):

It's definitely worth watching right through to the end, because Oliver hilariously manages to break down so many of the issues in science that we're always telling you guys about (albeit with fewer puns): p-hacking, the pressure to publish or perish, dodgy journals, and the bias to make results seems positive and noteworthy, even when they're not.

One of the most telling lines in the whole segment: "There's no Nobel Prize for fact-checking".

But while a lot of the problems have to do with the way science is funded and published, an even bigger part has to do with how the media reports on research that's far from conclusive. Just like at the end of last year, when a story went viral about how a study found champagne could prevent dementia (spoiler: it probably doesn't).

But why is this such a big deal? Why does it matter if there are shoddy studies being reported on as though they're scientific fact?

The sad truth is that all of this hype and contradiction actually has an incredibly damaging impact on trust in science - it adds to the public perception that science 'changes its mind all the time' or that 'everything causes cancer'. And that leads to people losing faith in the scientific method in general, and can contribute to the false idea that climate change isn't real, or that vaccines cause autism.

Case in point: a morning TV show host Oliver calls out for telling his audience, "I think the way to live your life is you find the study that sounds best for you and you go with that."

No. No, no, no, no. "In science you don't just get to cherry pick the parts that justify what you were going to do anyway," says Oliver. "That's religion."

But don't take our word for it, because we're not nearly funny enough. Check out the video above to find out more about how we should be talking about science. Here's an version uploaded to YouTube, for those who can't access the Facebook version:

And remember: next time you talk about a one-off study that hasn't been replicated, was only done in rodents, or perhaps doesn't have the largest sample size - that's fine, but don't forget to mention those things too. Because science isn't perfect, but it's the best tool we have for finding out more about the Universe, and we need to respect it.

Or in other words: 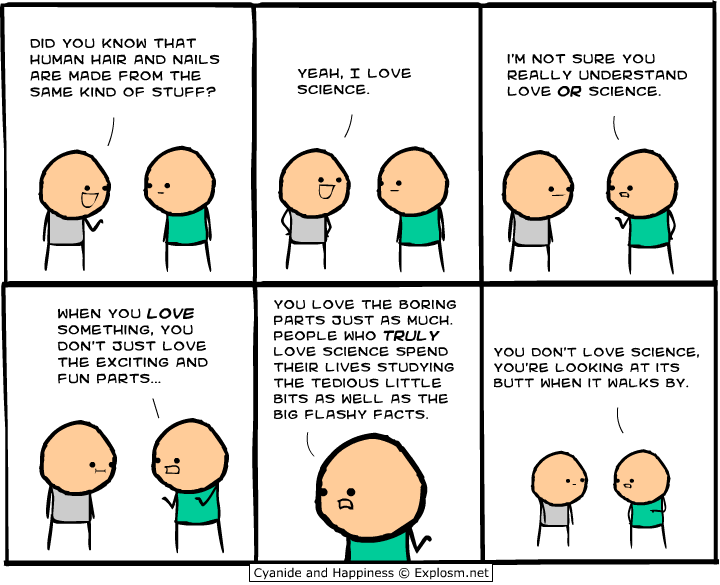