Jupiter is a turbulent place. Its colossal red cyclone is, of course, the planet's most famous storm. But when NASA's Juno probe arrived in 2016, it found something even more wildly tempestuous - the gas giant's polar regions.

At the north pole, nine storms raged; a large central one bang on the pole, and eight smaller ones arrayed around it. At the south pole, there was a similar, but slightly different arrangement with six storms, five arrayed in an almost perfect pentagon around a central cyclone. These cyclones are all similarly sized - almost as wide as the United States.

Not much was known about these storms. Were they permanent or semi-permanent features, like the Great Red Spot, or would they soon be wiped away? We know now, after several years of Juno flybys, that the storms are pretty persistent. 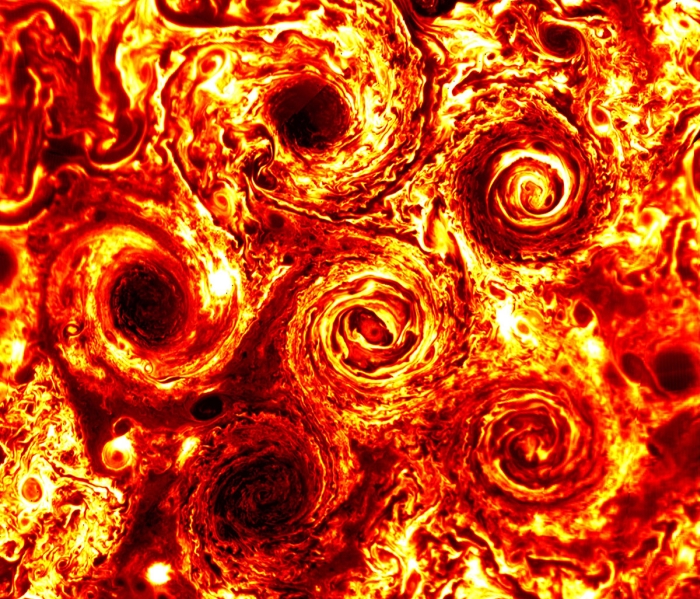 But, on the most recent flyby - the 22nd of the Juno probe's data-collecting missions, when it swoops in just 3,500 kilometres (2,175 miles) above Jupiter's cloud tops - it imaged something new with its optical and infrared instruments.

The storms at the south pole had formed not a pentagon, but a hexagon. There was a newcomer.

"Data from Juno's Jovian Infrared Auroral Mapper (JIRAM) instrument indicate we went from a pentagon of cyclones surrounding one at the centre to a hexagonal arrangement," said astrophysicist Alessandro Mura of the National Institute for Astrophysics in Italy in a NASA announcement.

"This new addition is smaller in stature than its six more established cyclonic brothers: It's about the size of Texas. Maybe JIRAM data from future flybys will show the cyclone growing to the same size as its neighbours." 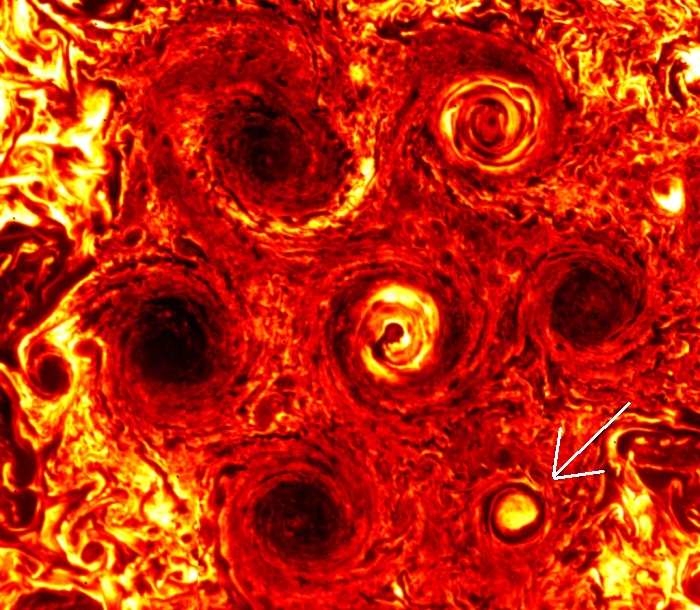 It seems like it's settling in nicely. Although these weird configurations of storms appear nowhere else in the Solar System (Saturn has its own polar storm weirdness, with one giant, hexagonal storm at its north pole, and a polar vortex at the south), studying them can help us to better understand the atmospheric dynamics of gas giants.

"These cyclones are new weather phenomena that have not been seen or predicted before," said planetary scientist Cheng Li of the University of California, Berkeley.

"Nature is revealing new physics regarding fluid motions and how giant planet atmospheres work. We are beginning to grasp it through observations and computer simulations.

"Future Juno flybys will help us further refine our understanding by revealing how the cyclones evolve over time."

Incidentally, does anyone else have a weird craving for pizza…?