We've Mapped The Entire Ocean Floor, But Still Know Woefully Little About What's Down There

That's the resolution of a new global map of the seafloor published recently by David Sandwell of Scripps Institute of Oceanography in San Diego and colleagues, who used some nifty tricks with satellites to estimate the landscape of the seafloor and even reveal some features of Earth's crust lurking beneath sea-floor sediments.

Unlike mapping the land, we can't measure the landscape of the seafloor directly from satellites using radar, because sea water blocks those radio waves. But satellites can use radar to measure the height of the sea's surface very accurately.

And if there are enough measurements to subtract the effects of waves and tides, satellites can actually measure bumps and dips in the sea surface that result from the underlying landscape of the ocean floor.

Where there's a large underwater mountain or ridge, for example, the tiny local increase in gravity resulting from its mass pulls sea water into a slight bump above it.

If instead there is an ocean trench, the weaker local gravity produces a comparative dip in the ocean surface. 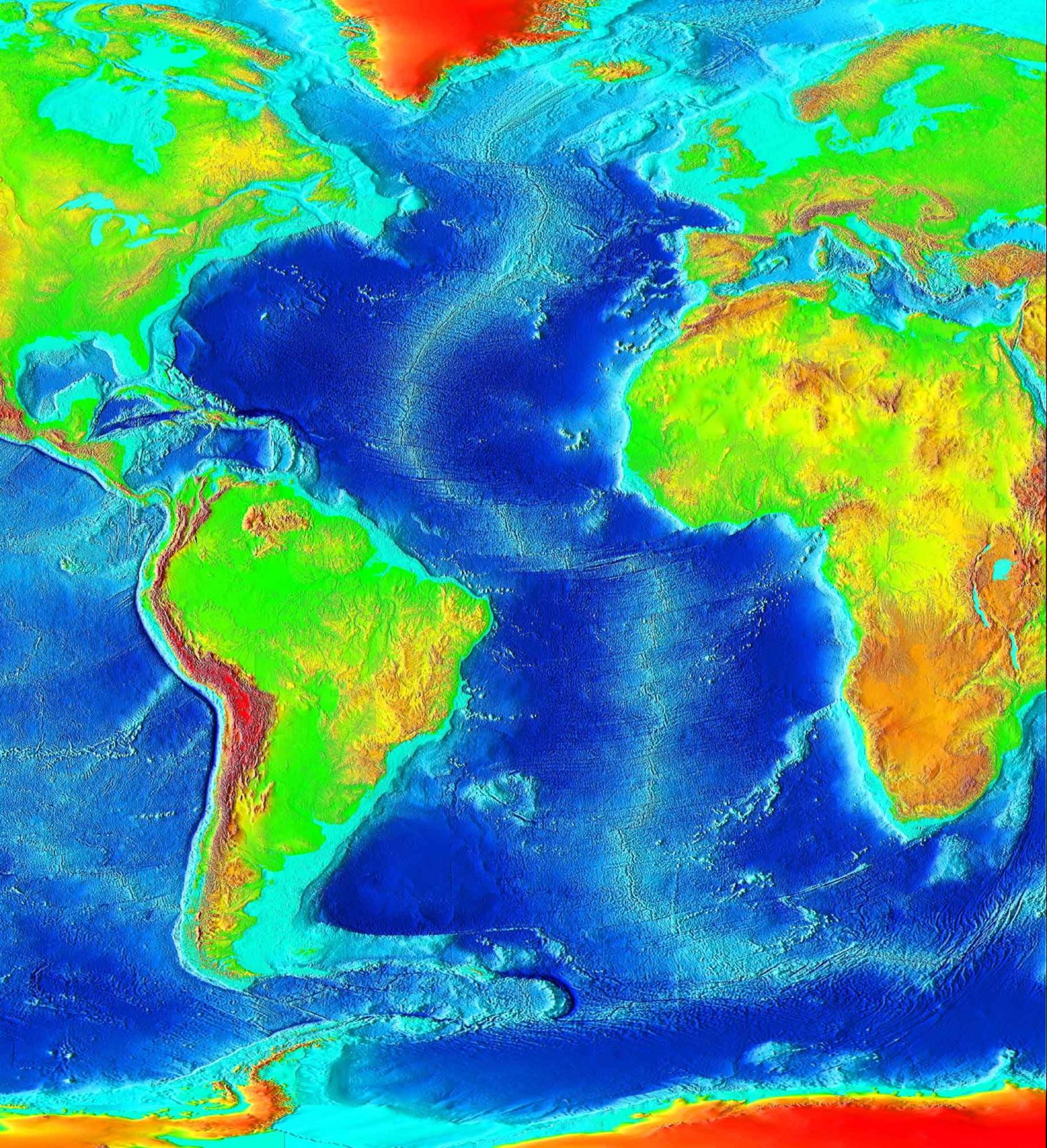 Reading those bumps and dips in the sea's surface is an astounding feat of precision measurement, involving lasers to track the trajectory of the measuring satellite and inevitably a lot of maths to process the data.

The new map uses data from the Cryosat-2 and Jason-1 satellites and shows features not seen in earlier maps using data from older satellites.

The previous global map of the ocean floor, created using the same techniques and published in 1997, had a resolution of about 20 kilometres (12.4 miles).

So we do actually have a map of 100 percent of the ocean floor to a resolution of around 5 kilometres (3.1 miles).

From that, we can see the main features of its hidden landscape, such as the mid-ocean ridges and ocean trenches – and, in that sense, the ocean floor is certainly not "95 percent unexplored".

But that global map of the ocean floor is admittedly less detailed than maps of Mars, the Moon, or Venus, because of our planet's watery veil.

NASA's Magellan spacecraft mapped 98 percent of the surface of Venus to a resolution of around 100 metres (328 feet).

Meanwhile, selenographers have mapped all of the lunar surface at around 100-metre (324-foot) resolution and now even at 7-metre (30 foot) resolution.

To map the ocean floor back home in greater detail, we have to use sonar instead of satellites.

Modern sonar systems aboard ships can map the ocean floor to a resolution of around 100 metres (328 feet) across a narrow strip below the ship.

Those more detailed maps now cover about 10 to 15 percent of the oceans, an area roughly the size of Africa. 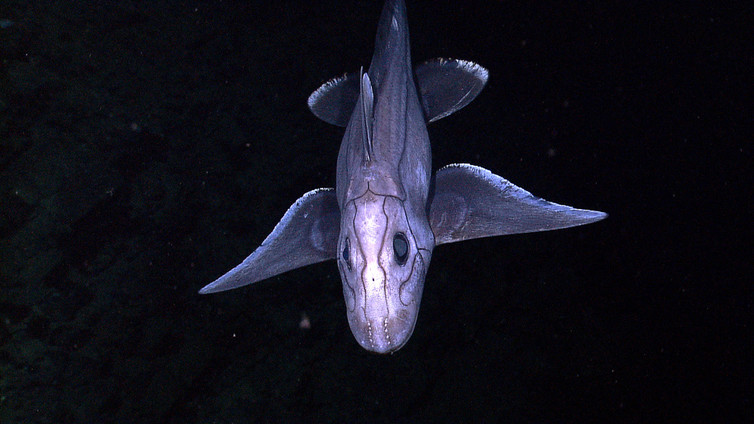 The ocean depths are home to some unusual creatures. Credit: NOAA

Mapping from ships at the level of detail achievable by ship's sonar systems still reveals plenty of surprises.

The first phase of searching for Malaysian Airlines flight MH370 in the Indian Ocean, which involved mapping from ships to plan future surveys by underwater vehicles, found underwater mountains and other features that were not shown on satellite-derived maps for the area.

But if we want to detect things just a few metres in size on the ocean floor, such as the wreckage of missing aircraft or the mineral spires of undersea volcanic vents that my team investigates, we need to take our sonar systems much closer to the seabed using underwater vehicles or towed instruments.

So far, less than 0.05 percent of the ocean floor has been mapped to that highest level of detail by sonar, which is an area roughly equivalent in size to Tasmania.

And of course, actually to see the sea floor using cameras or our own eyes means getting even closer, using remotely operated vehicles or manned submersibles.

So the "95 percent unexplored" meme doesn't really tell the full story of our exploration of the oceans.

When it comes to having a large-scale map, the ocean floor is perhaps not as unexplored as we might think, with 100 percent coverage to a resolution of 5 kilometres (3.1 miles) and 10 to 15 percent coverage at around 100-metre (324 foot) resolution.

That 10 to 15 percent is similar in resolution to the current global maps of Mars and Venus.

But our exploration of the oceans depends on what we want to know about them.

If our questions are: "What does it look like down there?" or: "What's going on down there?", then the area that has been "explored" is arguably even less than the 0.05 percent mapped so far at the very highest resolution by sonar.

Philosophically, when it comes to exploring anywhere on our dynamic world, how and when do we decide that somewhere has "been explored"? Do we declare "mission accomplished" once we've seen a location for the first time?

The local woods where I walk my dog look very different in winter compared with summer, with different species flourishing at different times. Should I have considered them "explored" after my first visit in just one season?

Exploring our world starts with mapping, but perhaps doesn't really have an end.

This article was originally published by The Conversation. Read the original.