After 6,002 days in space, NASA has finally retired its groundbreaking Spitzer Space Telescope. On January 30, mission control downloaded the last of Spitzer's data, and sent through the final command to enter safe mode.

Spitzer was one of NASA's four Great Observatories, alongside the Hubble Space Telescope, the Chandra X-ray Observatory and the Compton Gamma Ray Observatory. It showed us an incredible infrared view of the cosmos.

Farewell, Spitzer. Thank you for the great science. 👋#SpitzerFinalVoyagehttps://t.co/o1J0vNp2dt

The telescope launched in 2003, and although its mission was only planned for five years, it exceeded all expectations. In the end, Spitzer was operational for nearly 16-and-a-half years.

At the time it launched, it was the most sensitive infrared instrument ever built, and it revealed many of the Universe's hidden secrets.

Among its many discoveries, Spitzer was the first telescope to detect direct light from exoplanets. It revealed a new ring around Saturn. It helped to discover four of the seven planets in the TRAPPIST-1 system, and to characterise those planets, too.

Spitzer has peered back into the dawn of time. And its observations have helped to identify and study the most distant galaxy we've ever found.

"Spitzer has taught us about entirely new aspects of the cosmos and taken us many steps further in understanding how the universe works, addressing questions about our origins, and whether or not are we alone," said astrophysicist Thomas Zurbuchen, associate administrator of NASA's Science Mission Directorate.

Now, Spitzer's legacy is not yet over. Its extended mission has been a valuable precursor for the James Webb Space Telescope, due to launch in 2021; it will include even more advanced infrared instruments among its impressive suite.

Spitzer has quite directly paved the way for Webb. Scientists used it to hone how to conduct infrared astronomy, and intriguing targets studied using Spitzer will be followed up with Webb for even more detailed observations.

And, of course, the retired telescope's infrared images of the Universe - showing wavelengths not visible to human eyes - have just been so breathtakingly beautiful. 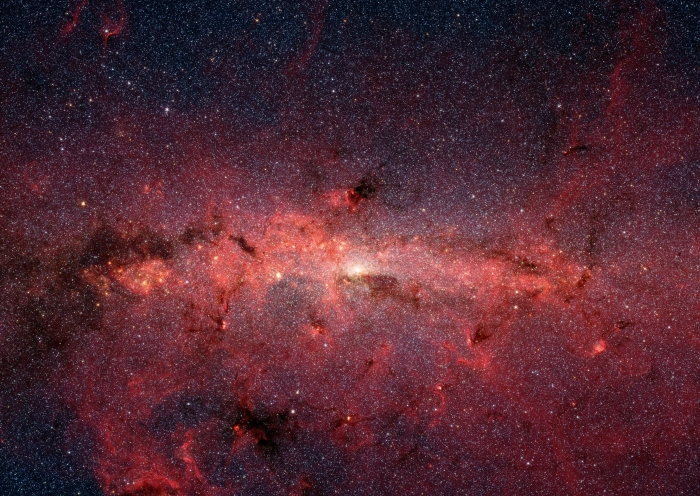 "I think that Spitzer is an example of the very best that people can achieve," said astronomer Michael Werner, Project Scientist of the Spitzer Space Telescope.

"I feel very fortunate to have worked on this mission, and to have seen the ingenuity, doggedness and brilliance that people on the team showed. When you tap into those things and empower people to use them, then truly incredible things will happen."

Spitzer is not in Earth orbit, but in Earth-trailing orbit around the Sun. Now that the final shutdown command has been sent, it will be reorienting itself, pointing its antenna directly at the Sun.

From here, it will begin to drift. In around 53 years, it will swing past Earth again, but rather than continue to orbit the Sun, it will keep going out into space; into the infinite stars it showed us so much about.