One of the most powerful solar observatories in the world has just completed a major upgrade. And now, the GREGOR solar telescope in Spain has taken some of the most high-resolution images of our Sun ever obtained in Europe.

In the upgraded telescope's new images, details as small as 50 kilometres (31 miles) across can be discerned amid the roiling activity on the surface of the Sun.

"This was a very exciting, but also extremely challenging project," said physicist and GREGOR lead scientist Lucia Kleint of the Leibniz Institute for Solar Physics (KIS). "In only one year we completely redesigned the optics, mechanics, and electronics to achieve the best possible image quality."

Interestingly, while COVID-19 lockdowns have been a hindrance to scientific research, in this instance, they proved helpful. According to a post on the KIS website, scientists were stranded at the observatory during the March lockdown in Spain. Rather than waste the time, they got to work setting up the optical laboratory.

They were able to correct two significant problems introduced by a pair of mirrors, coma and astigmatism, that resulted in blurred and distorted images. Because of the design of the optics laboratory, and the limited space therein, these mirrors had to be completely replaced with off-axis parabolic mirrors, polished to a precision within 1/10,000th the width of a human hair.

Snowstorms hindered observations for a while then, but when Spain reopened in July, the first thing the GREGOR team did was fire up their upgraded telescope. 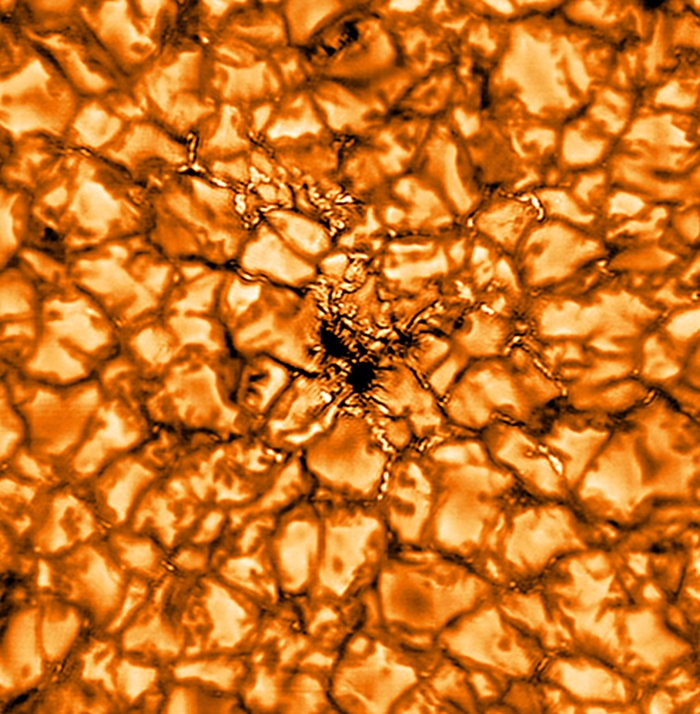 The new first light images show solar granules, the tops of convection cells in the solar plasma. The middle of each granule is lighter; that's where hot plasma rises from below. This plasma moves outwards as it cools, then falls back into the depths at the darker edges of each granule.

They look a little bit like popcorn, but don't be fooled - a typical granule is about 1,500 kilometres (930 miles) across, just over 10 percent of the diameter of Earth.

Another image and video show the lone sunspot that graced the face of the Sun on 30 July 2020. This is a temporary region where the Sun's magnetic field is particularly strong, inhibiting the Sun's normal surface convection activity; it appears darker on the surface of the Sun because it is cooler than the material around it. 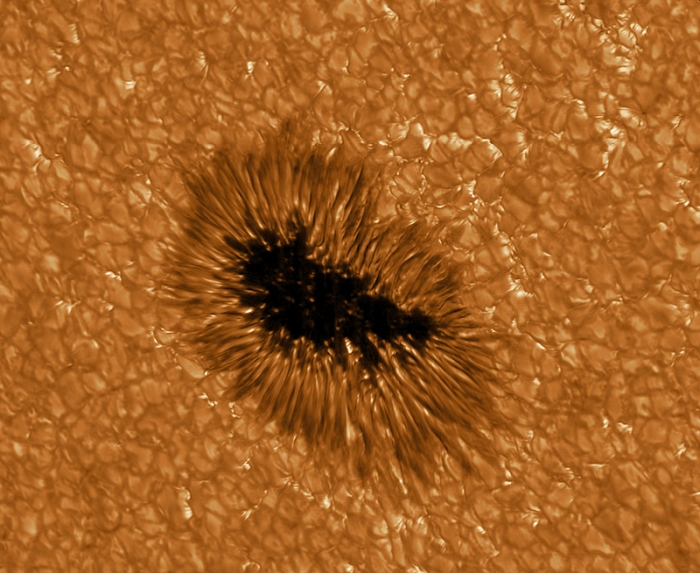 These sunspot regions are of intense interest to us, because these magnetic field lines snap, tangle and reconnect. That magnetic reconnection results in the release of copious amounts of energy, producing solar flares and coronal mass ejections - a phenomenon that can affect us here on Earth, disrupting satellite navigation and communication.

Images like those obtained by GREGOR, and other high-resolution solar observatories such as the Daniel K. Inouye Solar Telescope in Hawaii, with a resolution of 30 kilometres, along with the Big Bear Solar Observatory in the US, can help us to better understand these solar processes.

Plus, we'll never get tired of looking at the mind-blowing images of the surface of our Sun.

A paper describing the telescope's upgrade has been published in Astronomy & Astrophysics.