Our Units of Measurement Are Finally About to Get an Upgrade

By the end of 2018, a kilogram will no longer exist as we know it, with our standard units of measurement finally scheduled to get a much-needed upgrade for the first time in more than 50 years.

Under the new proposal, all seven basic units of measurement - including the second, the kilogram, and the metre - will be defined by constant properties of nature, such as the speed of light, rather than by a value thought up by a bunch of scientists. And it's going to make the world a whole lot more accurate.

So what does that mean, exactly? While most of us simply think of a kilogram as 1,000 grams, or 2.2 pounds, the reality is actually a lot more complicated than that.

Right now, the mass of a kilogram is defined by a single physical object - a solid chunk of 90 percent platinum and 10 percent iridium that's sitting in a vault in France, known as the International Prototype Kilogram (IPK), or 'Le Grand K' (a replica is pictured above).

There are replicas around the world, but if you want to get specific about it, for something to weigh 1 kilogram, it has to weigh exactly the same amount as that one piece of metal in Paris.

And the IPK isn't even constant. Despite how well-guarded it is, it's subject to lose or gain atoms over time - just like any physical object - and the IPK seems to have become slightly heavier over the years due to surface contamination.

Researchers aren't too happy about that, because a lot of scientific assumptions are based on the mass of a kilo staying the same, and of the seven International System (SI) - or metric system - units currently in play, it's the only one that's still defined by a physical object.

But that's finally about to change, with the International Committee for Weight and Measurements proposing new formal definitions for the SI base units, which are scheduled to be rolled out at the 26th General Conference on Weights and Measures towards the end of 2018.

The last major overhaul of the metric system was in 1960, so it's been a long time coming.

As a refresher, the seven base units of measurement are:

Every one of these except the kilogram is already defined by a natural phenomenon (the metre was the last to be defined a physical metre bar, which changed in 1960) but four units will be getting an upgrade, and the other three will be tweaked under the new proposal.

Most dramatically, the kilogram will no longer be defined by the IPK.

The hold up has been that, in order for researchers to formally redefine the kilo, they had to agree on the value of something called Planck's constant, which relates to a particle's energy compared to its frequency.

And it's been surprisingly hard to measure - scientists have been trying to come up with a value for the natural constant since the 1970s.

But in 2014, researchers finally reached an agreement on the value of Planck's constant (although scientists have until July next year to overthrow that value), which means we can hopefully get rid of the IPK for good come 2018.

The other overhauls are to the ampere, kelvin, and mole.

The definition of the ampere - the unit used to measure electrical current - is currently defined in a pretty impractical way.

An ampere is the current that, when flowing through two infinitely long, infinitely thin wires that are placed exactly 1 metre apart, would produce a certain amount of force.

But infinitely long and thin wires are impossible to produce, so no one can actually test precisely what that value should be.

Under the new proposal, an ampere will basically be defined based on the electrical charge of the electron and the proton - something that scientists will actually be able to measure.

The kelvin and mole will also be redefined by linking them to the exact values of the Boltzmann constant and the Avogadro constant, respectively. Right now, the Kelvin is defined as the triple point of water - the obscure point where water coexists as a liquid, gas, and solid.

You can see the proposed changes, with the old system on the left, and the new proposal on the right: 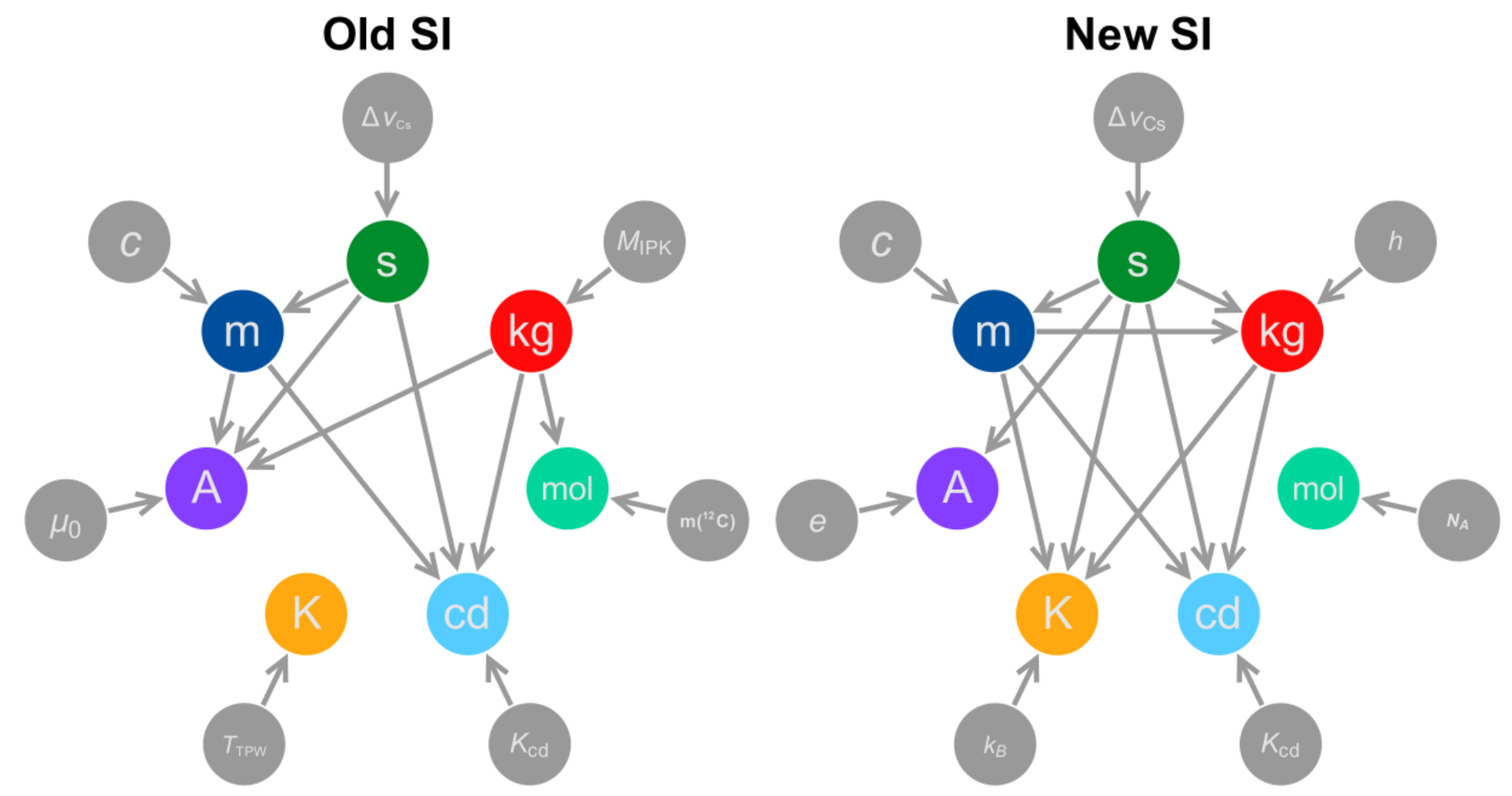 So what does all of this mean for us? To be honest, not much. We're talking about tiny, tiny changes to the definitions of these values, so, don't worry, you're not going to suddenly start weighing more or less overnight come 2018.

But for scientists, it's a pretty huge deal - and has been called a "once in a lifetime event".

"There's this hairline crack in the foundation, and you cannot build your building of physics on that foundation," Stephan Schlamminger of the US National Institute of Standards and Technology, told Emily Conover from Science News.

Basically we'll now be able to do better science, seeing as our units of measurement will be based on the latest and best research.

"The new units will be based on the modern understanding of physics, including the laws of quantum mechanics and Einstein's theory of special relativity," said Conover.

Once we have this change, it should be a while before we need to redefine the values again.

In fact, the only thing that can threaten the new metric system definitions is if we suddenly discover that the constants of nature - such as the speed of light and Planck's constant - actually vary slightly throughout the Universe.

Still, for now, the fundamental forces within the Universe are constant and unchanging.

And until researchers can prove otherwise, they're still the best and most reliable thing we have to define our units of measurement around - much more reliable than a slab of metal in a French vault.