The world of particle physics has been on shaky ground lately. For years, researchers have been scrutinizing particles to make sure that the rules we use to explain the Universe hold up – with troublingly inconsistent results.

To add to the endeavor, physicists using the Large Hadron Collider (LHC) have now measured the heaviest known elementary particle with an unprecedented amount of precision.

In a much-needed win for the Standard Model of particle physics – the set of rules that predict the behavior of all particles that make up our world – the new calculations come with a margin of error that's significantly smaller than the previous one, giving physicists a boost of confidence in the particle's true mass.

But that doesn't mean the case is closed – this measurement could be just the start of a deeper understanding of how our Universe works.

Importantly, it gets its mass from coupling with the elusive Higgs boson. This partnership is the strongest coupling at this scale that we know of in the Standard Model. 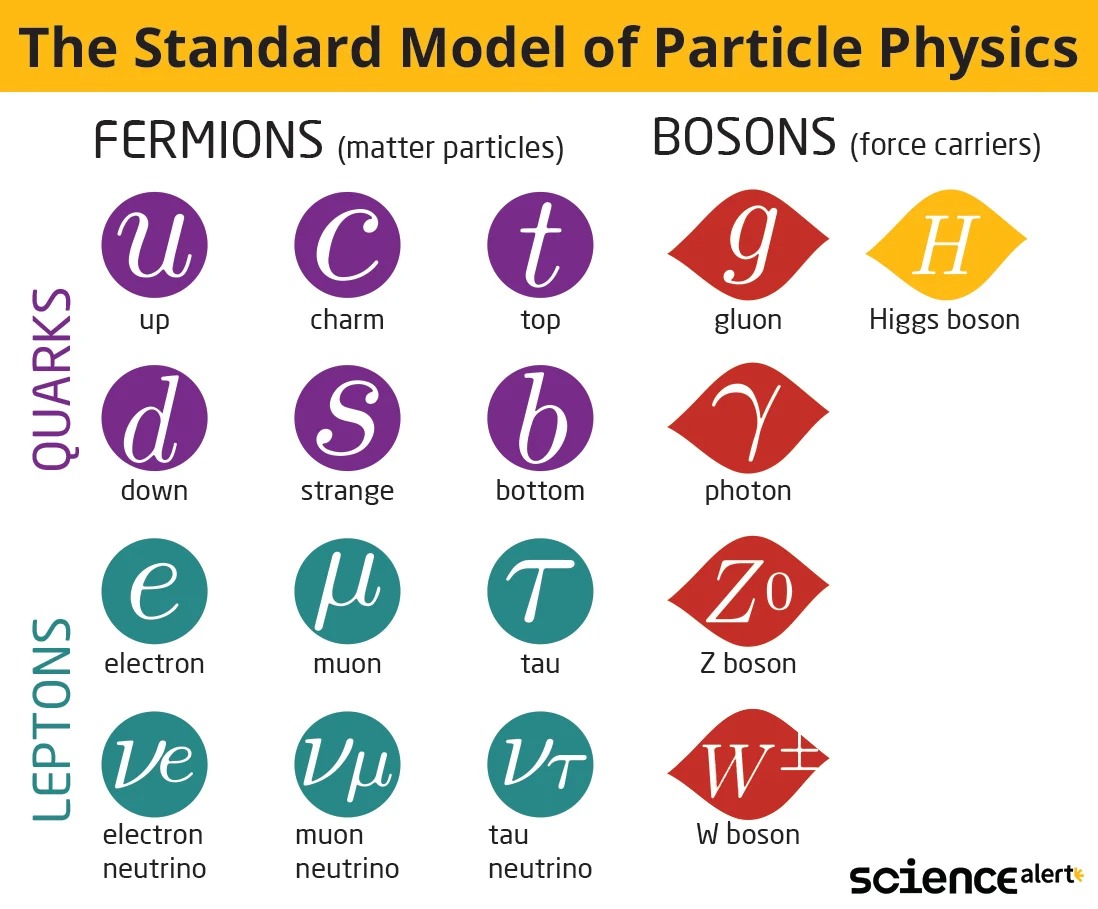 Also important is what the top quark decays into. Once it's been smashed into existence through a collider, the top quark can only decay through weak force, and it decays into a W boson (and, usually, a bottom quark).

If you're a regular ScienceAlert reader, you may recognize the W boson as the center of recent controversy.

After years of trying to poke holes in the Standard Model, researchers recently published a compelling backlog of evidence that suggests previous estimates of the W-boson's mass may actually be wrong.

If these findings are further confirmed, it would suggest that the entire Standard Model may be wrong.

And this is where the top quark comes into things – we can use its mass to make predictions about both the Higgs boson and W boson, so getting the most accurate measure possible is crucial.

"Remarkably, our knowledge of the very stability of our Universe depends on our combined knowledge of the Higgs-boson and top-quark masses," a press release from the European Council for Nuclear Research (CERN), which led the research, explains.

While it may sound simple to be able to 'weigh' these particles like we do regular objects to find out their mass, it's actually not that easy.

To produce an elementary particle such as a top quark, physicists smash together subatomic particles known as protons in devices such as the Large Hadron Collider. Each collision results in a range of other particles being spat out, allowing researchers to study these byproducts in a controlled environment.

But it's still tricky to actually observe each particle's properties. When we start talking on these incredibly small scales, we enter the quantum realm – where particles become a little fuzzy and it's tough to pin down exactly what their mass is.

There are some ways to work around this. One is to run an experiment a number of times and then statistically crunch the results. Another is to use different methods. In this case, researchers directly measured the particle while also conducting a measurement using other forms of data in combination with established theory (in this case referred to as its pole mass measurement).

According to the researchers, their new result is 0.12 GeV more precise than previous calculations based on the same data, making the particle 172.76 gigaelectron volts (give or take 0.3 of a giga electronvolt). This agrees quite nicely with what we'd expect of theories based on the Standard Model, say the CERN researchers.

The improved accuracy is thanks to new analysis methods, which uses more variables than before to better deal with uncertainties between measurements.

The latest measurement looked at data from collisions carried out by the LHC's Compact Muon Solenoid (CMS) detector in 2016. The CERN researchers looked at five different properties of collision events that had produced a pair of top quarks. The properties they looked at are dependent on what the mass of the top quark is – and previous studies had only looked at up to three properties of the events.

The team then calibrated that dataset with extreme precision to determine which uncertainties remained – they could then extract these uncertainties and better understand them when figuring out the best fit for the final value of the top-quark mass.

While this result in itself is a big step forward for particle physics, and a tentative win for the Standard Model, CERN says we can expect even more precision when the same approach is applied to the dataset collected by the CMS detector in 2017 and 2018 – not to mention future, already breaking records to come. The LHC was just switched back on after a three-year shutdown, and is already breaking records.

It's safe to say that with this updated mass measurement, and the technique that delivered it, we're about to get even deeper into our understanding of the tiniest aspects of the Universe. Watch this space.

You can read more about the dataset used over at CERN.

Trending News
A New FRB Signal Has Buzzed Nearly 2,000 Times in Just Two Months, Raising a Mystery Space4 days ago
There's Trouble Bubbling Up in Newly Formed Alaskan Lakes, And Scientists Are Worried Environment4 days ago
Does IQ Decline as We Age? One Type of Intelligence Peaks in Your Twenties Humans6 days ago