The wounds left by the 2011 earthquake and subsequent tsunami off the coast of Japan are taking a long time to heal, but there's some positive news from scientists measuring radiation levels in the Pacific Ocean.

After more than five years, those levels are almost back down to normal, even as radioactive material continues to leak out of the Fukushima Daiichi nuclear power plant that was damaged in the tsunami.

Scientists from Edith Cowan University (ECU) in Australia led an international team in a major review of radiation levels right across the Pacific, to check the status of the water five years after the disaster. According to the researchers, there's good news and bad news.

"Radiation levels across the ocean are likely to return to levels associated with background nuclear weapon testing over the next four to five years," said review co-author Pere Masqué from ECU. "However, the seafloor and harbour near the Fukushima plant are still highly contaminated, and monitoring of radioactivity levels and sea life in that area must continue."

To give some context, back in 2011, around half the fish samples taken from coastal waters off Fukushima were found to contain unsafe levels of radioactive material. By last year, that number had dropped to just 1 percent.

The 2011 event resulted in the largest ever leak of radioactive material into the world's oceans, and the incident is one of only two to qualify as a level 7 event on the International Nuclear Event Scale (along with Chernobyl). As such, the scale of the terrible episode makes the news that the Pacific Ocean is now recovering all the more incredible.

To check radioactivity levels in the Pacific, the researchers incorporated 20 individual studies, analysing levels of radioactive caesium detected in the ocean from Japan’s coast across to North America.

Caesium is a particularly useful chemical element for tracking the dispersal of radiation, because it's a byproduct of nuclear power and is highly soluble in water. 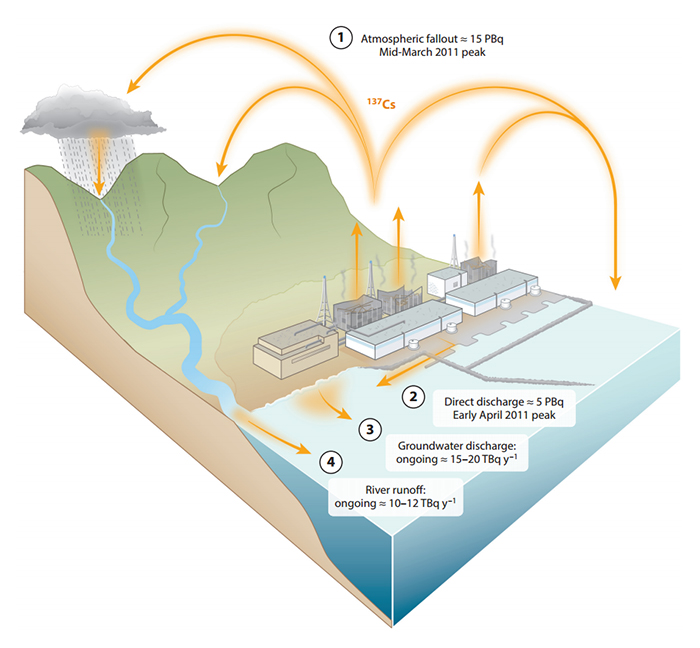 Despite the promising drop in radioactivity, the researchers are calling for more support to be put behind monitoring efforts, as dangerous materials continue to leak out of the Fukushima plant.

Efforts to curb that leakage are also ongoing: an underground frozen wall is one of the ways Japanese authorities are looking to minimise the amount of radioactive material that seeps out in the future, but it's going to take an estimated 30 to 40 years before the plant is fully decommissioned.

"Although one cannot expect a total return of the communities to their status [as it was] before March 11, 2011," write the scientists in their final report, "it is hoped that, with time, a new normality will return to the affected areas and that an improved understanding of the fate and impacts of radionuclides discharged to the oceans will help to contribute to that recovery."

The findings have been published in the Annual Review of Marine Science.