Throughout the 17th and 18th century, some pretty unusual burial practices became common across Poland in response to a reported outbreak of "vampires".

From large rocks placed under the chins of corpses and sickles placed across their chests (as in the image above), archaeological evidence has shown that people went to great lengths to stop certain individuals from rising from the grave.

But historians have struggled to understand what it was about these people that made their buriers so scared of them, and so convinced that they were vampires.

There are many theories for the extreme burial practices, known as apotropaic funerary rites, but one of the most common suggests that the potential vampires were strangers who arrived from out of town, drawing suspicion from local villagers.

But until 2014 no one had actually studied whether there was anything chemically unique about the remains of those who had been marked as vampires.

The study, led by the University of South Alabama, was the first of its kind, and it provided evidence that the vampires weren't strangers at all - in fact all the human remains they studied were locals of the area they were buried in. 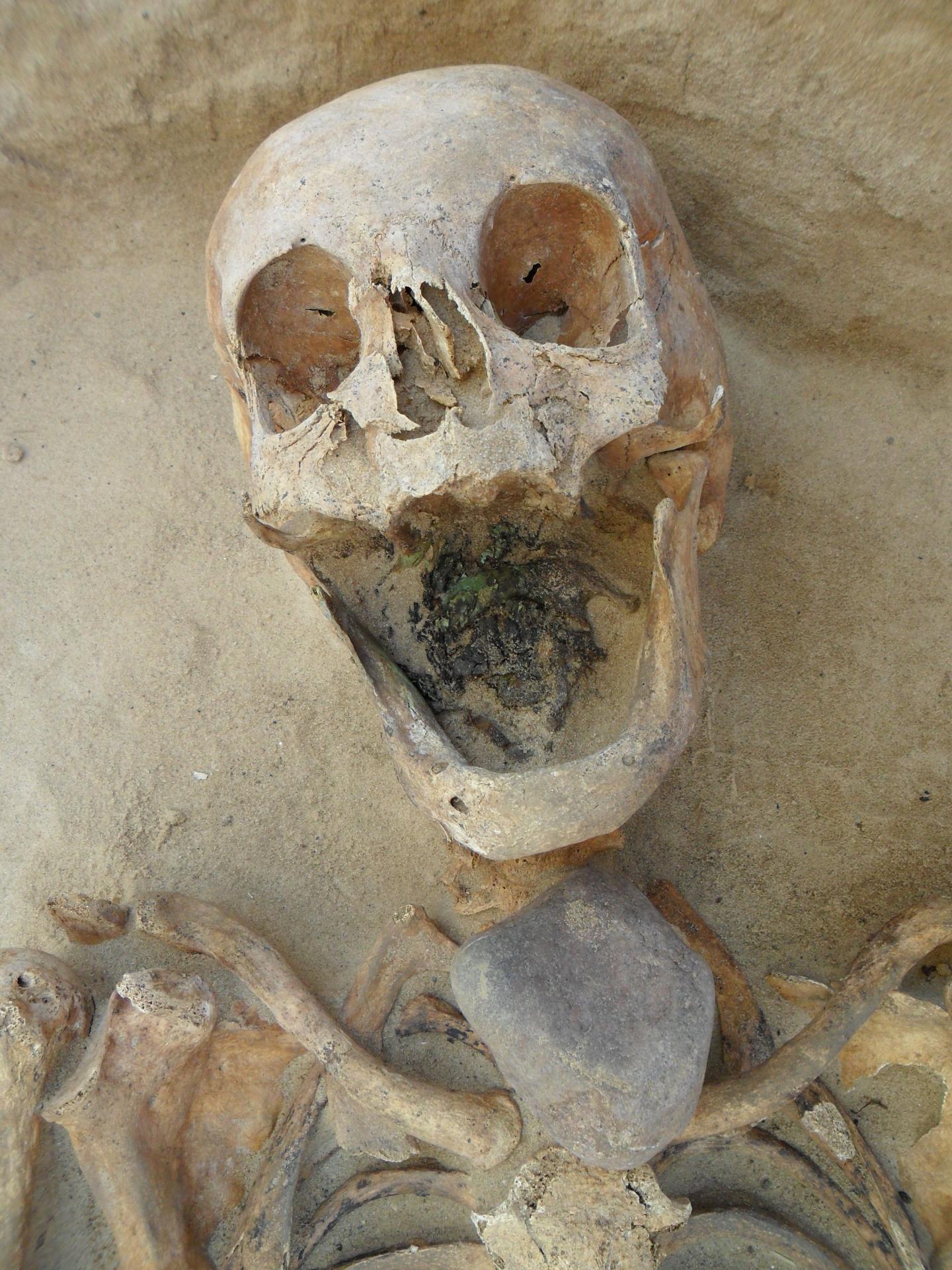 The researchers studied the skeletons of six people who had been buried as vampires in a cemetery in northern Poland, alongside hundreds of bodies that had been buried normally.

In order to investigate where these individuals came from, the team measured the strontium isotope ratios of their permanent molars, alongside the molars of 54 normal locals buried there.

Strontium is an element found in most rocks, but the ratios of its isotopes present in certain rock samples changes depending on where they come from.

This means that measuring the strontium isotopes of a specimen can help map where it's been.

Once the team had found the ratio of strontium isotopes in the teeth of both the villagers who were buried normally and the ones marked as vampires, they tested the ratio in local animals.

Their results, which were published in 2014 in open-access in PLOS ONE, revealed that all six of the vampires were from the local region - this means that they weren't strangers at all, and that instead it was something about their social identity or manner of death made them suspicious.

In the paper, the authors put forward an alternate theory - that the vampires may have died of the cholera epidemic that was prevalent in Eastern Europe in the 17th century.

They explain that the first person to die from an infectious disease outbreak back then was presumed more likely to return from the dead as a vampire.

"People of the post-medieval period did not understand how disease was spread, and rather than a scientific explanation for these epidemics, cholera and the deaths that results from it were explained by the supernatural - in this case, vampires," said lead researcher Lesley Gregoricka in a press release at the time.

The research opens the door for more chemical analysis of vampire remains, and takes us a step closer to finally understanding what it was about these people that made others so terrified.

This will provide insight into the cultural and social practices of the communities at the time, as well as shed some light on other cases of extreme burial practices throughout the ages, such as the "witch girl" discovered in Italy.

And who knows, maybe it'll once and for all put an end to the vampire myths that still exist to this day.

A version of this article was first published in November 2014.