Researchers have deciphered one of the two remaining unpublished Dead Sea Scrolls, laying eyes on an ancient, secret code inscribed on parchment more than 2,000 years ago.

It wasn't easy to do. Over the course of a year, scholars had to painstakingly reassemble over 60 tiny fragments of text, frayed into tatters over millennia.

To make things even harder, what was written on them wasn't intended for just anyone to read – and had been encrypted in a long-forgotten cipher.

"The scroll is written in code, but its actual content is simple and well-known, and there was no reason to conceal it," the researchers, Eshbal Ratson and Jonathan Ben-Dov from the University of Haifa in Israel, explain.

"This practice is also found in many places outside the Land of Israel, where leaders write in secret code even when discussing universally known matters, as a reflection of their status." 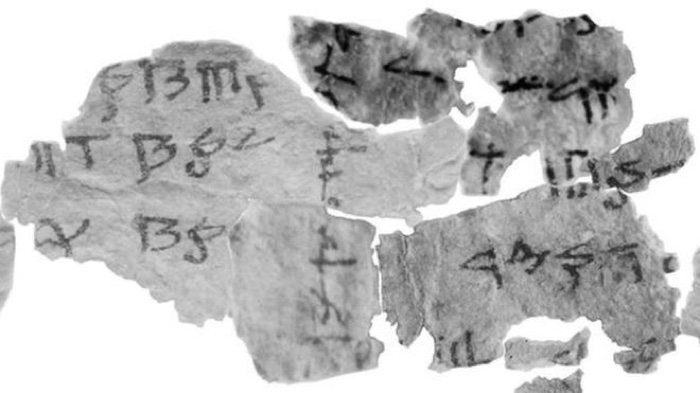 The stitched-up fragments, which had previously been thought to belong to several different parchments, reveal descriptions of the time-keeping habits of the mysterious desert dwellers who wrote the Dead Sea Scrolls.

These nomads were a sect who referred to themselves as the Yahad ("Together"), who many now think were an ancient Judaean community called the Essenes.

But much of what we know (or think we know) regarding the authorship of the Dead Sea Scrolls remains up for debate.

The texts, first discovered in caves around 70 years ago by shepherds in a region of the West Bank called Qumran, have long fascinated historians, with more than 900 scrolls containing some of the oldest surviving inscriptions of the Hebrew Bible, which paved the way for the Christian Old Testament.

The latest deciphered scroll concerns details of the 364-day calendar observed by the Qumran sect – a subject of fierce debate among ancient Judaeans during what is called the Second Temple period.

"The lunar calendar, which Judaism follows to this day, requires a large number of human decisions. People must look at the stars and moon and report on their observations, and someone must be empowered to decide on the new month and the application of leap years," the researchers explain.

"By contrast, the 364-day calendar was perfect. Because this number can be divided into four and seven, special occasions always fall on the same day… The Qumran calendar is unchanging, and it appears to have embodied the beliefs of the members of this community regarding perfection and holiness."

The scroll also reveals important dates in the sect's calendar that aren't mentioned in the Bible but which are detailed elsewhere in the Dead Sea Scrolls. These are the festivals of New Wine and New Oil – extensions of the festival of Shavuot, celebrating the New Wheat (harvest).

In addition to these previously known details, the deciphered text does reveal something new to scholars – a new interpretation for an ancient word.

Tekufah ("period") is used in the scroll to denote a special transition day between each passing season, and while the term appears elsewhere, it's never had this level of context before.

Ironically enough, many of these understandings were aided by the hand of an ancient, unknown editor – who made a number of corrections to the text.

Whichever noble or senior leader first wrote the parchment, they didn't get everything right, forgetting or otherwise omitting several special days marked by the community.

To right the wrong, a number of edits were made by this mysterious second scribe, adding missing dates in the margins between the columns of text – and helping today's researchers to crack the code of yore, even if the cipher was only ever used because of pride, not so much secrecy.

"The general aim of encryption in Qumran is not entirely clear," the researchers explain in their paper.

"It generally seems that encryption was a means of conveying prestige to the initiated but not a means of 100-percent security or preventing comprehension by other community members."

The findings are reported in the Journal of Biblical Literature.