New DNA analysis has revealed what Ötzi the Iceman's clothing was made from when he died over 5,000 years ago in the Italian Alps, and scientists are saying he was "pretty picky" when it came to his choice of attire.

With skins from sheep, goats, cows, plus a deerskin quiver and a bearskin hat, Ötzi's outfit suggests that he was a skilled hunter and scavenger, who had access to an array of wild and domestic animals before he ended up murdered in the snow.

"It is possible that he might have used his hunting ability to capture and kill a bear, or it [could be] that he came across a dying bear and opportunistically took the skin and used it as leather," one of the researchers, Niall O'Sullivan from the Institute for Mummies and the Iceman in Bolzano, Italy, told The Guardian.

"It shows us that he was opportunistic and resourceful and used to the best of his ability the scarce resources which were available to him in a very harsh environment."

Since the Iceman was famously discovered by two hikers back in 1991, researchers have reconstructed his face, figured out his last meal, diagnosed his stomach bugs and lyme disease, and determined a cause of death - bleeding out from an arrow to the shoulder.

A genetic analysis back in 2013 of his mummified remains even revealed that he had at least 19 male defendants on his paternal side, still living in his mountain home in Italy's northernmost province.

Because Ötzi's body was buried in ice shortly after his death, it's been remarkably preserved, with hair, stomach contents, and even his many tattoos still basically intact.

Researchers had previously reconstructed Ötzi's outfit, based on the remains of his six items of clothing, including boots, leggings, loincloth, and a hat, but O'Sullivan and his team wanted to take things a step further and determine what everything was made from. 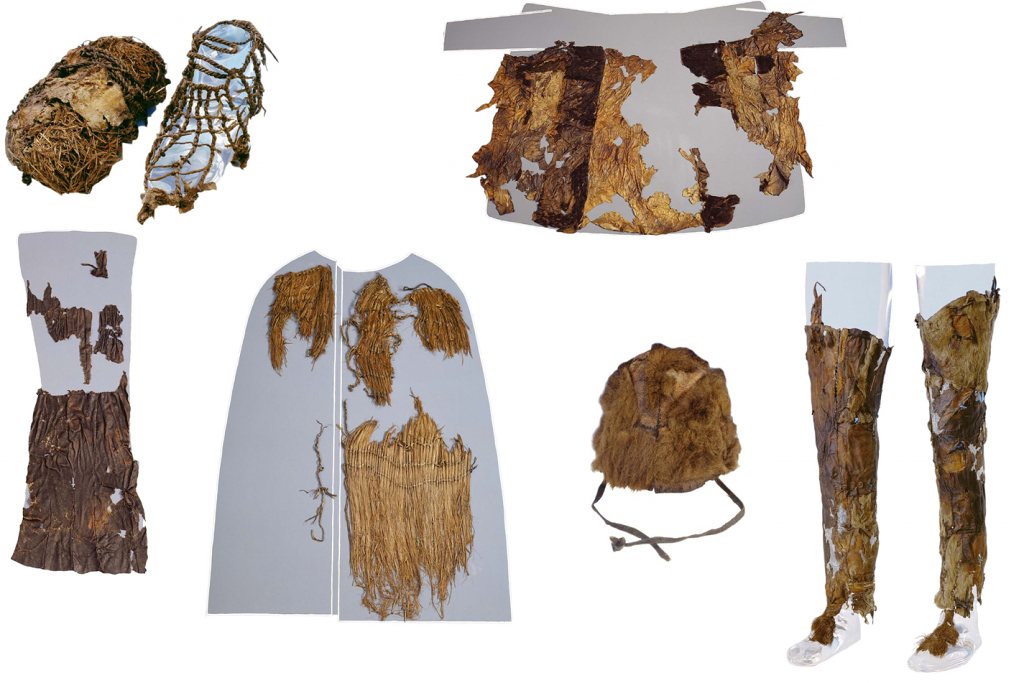 Institute for Mummies and the Iceman

By extracting DNA samples from the six garments, the team used a technique that allowed them to isolate the mitochondrial DNA in the leather and fur. They then compared this to DNA sequences from known species to find the most likely match.

"We analysed nine samples and for each one, we were able to reconstruct either a whole mitogenome or a partial mitogenome," O'Sullivan told Jelani James at Tech Times.

Here's what they found:

If it looks to you Ötzi knew what he was doing when it came to dressing himself - except perhaps when it came to the haphazard patchwork of his coat - the researchers are right there with you.

"It's not chaotic," one of the team, microbiologist Frank Maixner, told Smithsonian Magazine. "It's really ordered, there's a structure, there's a fashion, in my eyes."

Other than simply being an extraordinarily rare and fascinating insight into the life of an individual who lived 5,300 years ago, the find also reveals a lot about how Copper Age society functioned at this time, showing that the people likely had access to a number of domesticated farm animals, but also had the skills to hunt down wild prey.

If Ötzi himself didn't take down that bear for his hat, he would have been trading with someone who did, say the researchers.

The study has been published in Scientific Reports.