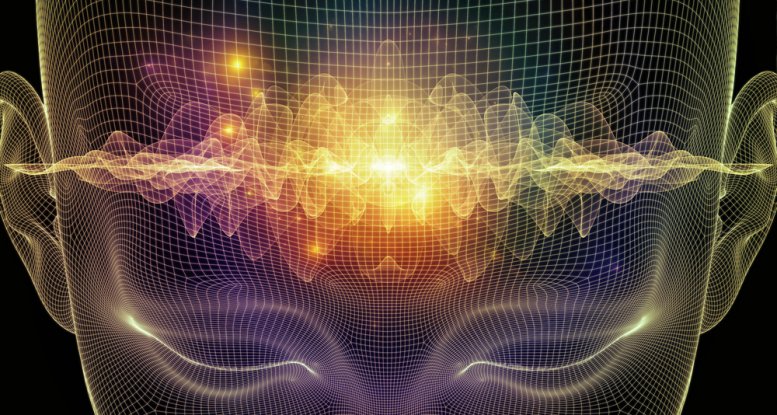 For the first time, scientists have managed to use non-invasive electrical stimulation to boost people’s creativity by an average of 7.4 percent. This is the first evidence that brain stimulation can trigger specific behavioural changes, and suggests that the same method could be used to treat depression.

Publishing their results in the journal Cortex, a team from the University of North Carolina in the US used a low dose of electrical current to enhance brain waves called alpha oscillations, which naturally occur when someone is day-dreaming. Creativity was then assessed using a well-validated and common test called the Torrance Test of Creative Thinking, where participants are given a small fragment of an illustration and asked complete it (think a more scientific Mr Squiggle). But making us better versions of ourselves isn’t the end goal of this research.

"This study is a proof-of-concept," said senior author Flavio Frohlich in a press release. "We've provided the first evidence that specifically enhancing alpha oscillations is a causal trigger of a specific and complex behaviour - in this case, creativity. But our goal is to use this approach to help people with neurological and psychiatric illnesses."

Specifically, there’s already strong evidence that people with depression have impaired alpha oscillations. "If we could enhance these brain activity patterns, then we could potentially help many people," said Frohlich.

Our brains are constantly firing off brain waves - the peaks and troughs you see in EEG scans - and they come in many different frequencies, which researchers believe have specific roles.

Alpha oscillations occur within the low range between 8 and 12 Hertz, and are most prominent when we close our eyes and meditate or get lost in our own thoughts, which led scientists to associate them with creativity. As soon as we have more pressing tasks to attend to, higher frequencies such as gamma oscillations take over.

But Frohlich and his team wanted evidence that alpha waves triggered creativity, and so they decided to enhance these oscillations in 20 healthy adults by attaching three electrodes to their heads and then applying painless electrical currents.

These electrical currents were either placebo stimulations, that let participants feel a little tingle but didn't do much else, or 10-Hertz currents, designed to work in unison to trigger alpha oscillations. The stimulations were applied for 30 minutes while the volunteers completed their creativity tests. The independently graded results showed that those who had received the alpha oscillation stimulation performed far better than those who hadn't.

To make sure that the alpha oscillations were really causing this creativity boost, the team repeated the experiment using 40-Hertz electrical stimulation, which boosted the activity of gamma oscillations instead. This had no benefit on creativity.

Other research teams are also electrical stimulation to boost people's memories, but Frohlich is wary about using the technique just to improve performance in healthy individuals.

"We don't know if there are long-term safety concerns," he said. "We did a well-controlled, one-time study and found an acute effect." But he believes that, when it comes to treating mental health issues, it's definitely worth investigating further.

"The fact that we've managed to enhance creativity in a frequency-specific way - in a carefully-done double-blinded placebo-controlled study - doesn't mean that we can definitely treat people with depression," said Frohlich in the release. "But if people with depression are stuck in a thought pattern and fail to appropriately engage with reality, then we think it's possible that enhancing alpha oscillations could be a meaningful, noninvasive, and inexpensive treatment paradigm for them."

Looking for slightly less experimental ways to boost your creativity? BrainCraft has got you covered: