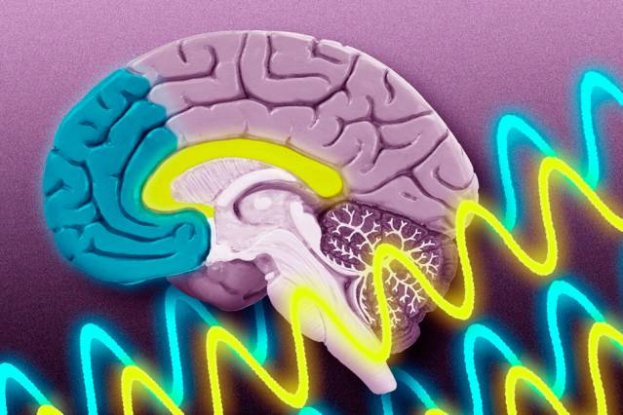 Your Brain Uses a Clever Pattern of Wavelengths to Store Memories

Neuroscientists have found evidence that brain waves of different frequencies play a crucial role in storing memories by getting separate brain regions to work together.

It’s part of a growing body of research that suggests that our brain waves - long thought of as simply a byproduct of neuronal activity - play a crucial role in allowing our brains to communicate internally.

Intrigued by previous research in the area, a team led by Earl Miller and Scott Brincat, both from MIT, decided to study how the brain waves of the hippocampus and the prefrontal cortex - two regions that are crucial to learning - changed while the brain was trying to learn to associate to unrelated objects.

"It's like you're playing a computer game and you get a ding when you get it right, and a buzz when you get it wrong,” said Miller in a press release. “These two areas of the brain are playing two different 'notes' for correct guesses and wrong guesses.”

"Brain waves had been ignored for decades in neuroscience. It's been thought of as the humming of a car engine. What we're discovering through this experiment and others is that these brain waves may be the infrastructure that supports neural communication," he added.

The researchers now believe that this brain wave feedback system could actually reinforce correct guesses while suppressing the wrong answers, helping the brain to learn the correct answer.

To work out what was going on, the team studied monkeys’ brains - which are known to work in a similar way to humans’ brains - as they formed something called an explicit memory. The scientists did this by showing the monkeys pairs of images so that they would gradually learn through trial and error which two images went together - every time they got it right, they were given a reward.

While this was going on, the scientists recorded the brain wave activity of the animals. They realised that when they were getting the answer wrong, the waves were oscillating at around 2-6 hertz (cycles per second), while a correct answer saw the brain waves oscillate at between 9 and 16 hertz.

"When the animal guesses correctly, the brain hums at the correct answer note, and that frequency reinforces the strengthening of connections," said Miller in the release. "When the animal guesses incorrectly, the 'wrong' buzzer buzzes, and that frequency is what weakens connections, so it's basically telling the brain to forget about what it just did."

The results have been published in Nature Neuroscience, and what's perhaps most exciting about the research is that it essentially means that we can hijack this process to enhance our cognitive abilities.

Scientists are already using non-invasive, low voltage electrical stimulation to help improve adults’ memories and also treat a range of neurological conditions, such as depression and schizophrenia. The team is now hoping that by knowing which brain wave frequencies are used when by the brain, that they can speed up the learning process.

But will we ever be able to make ourselves smart enough to understand our own brains?