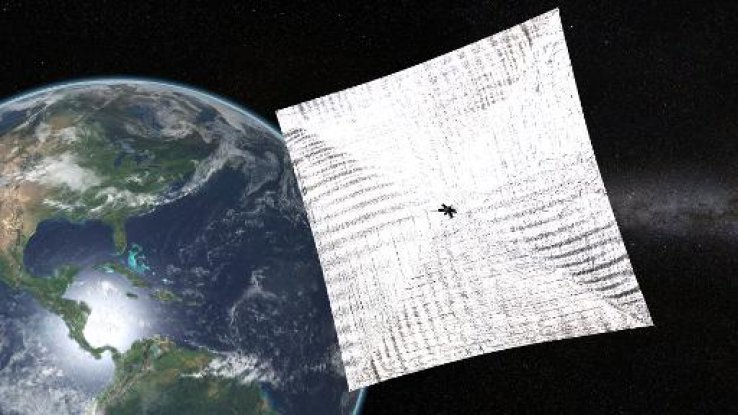 Scientists in Japan have announced that they've successfully managed to transmit energy wirelessly with high accuracy. It’s a game-changing achievement for electricity generation that could one day allow us to place huge solar sheets in space and beam the energy back to Earth.

The researchers from the Japan Aerospace Exploration Agency (JAXA) announced yesterday that they had used microwaves to deliver 1.8 kilowatts of power - just enough to power a kettle - through the air to a receiver 55 metres away, with pinpoint accuracy.

"This was the first time anyone has managed to send a high output of nearly two kilowatts of electric power via microwaves to a small target, using a delicate directivity control device," a spokesperson for JAXA told AFP.

In the meantime, we're all getting excited about the potential of wireless energy transfer here on Earth, with researchers recently developing technology that uses a magnetic field to charge devices from five metres away, and a router that can beam electricity to up to 12 devices at once. But even though this is pretty impressive, it's got nothing on the distance of JAXA's wireless energy transfer, or its ambition.

Although there’s still a long way to go, the team’s ultimate goal is to set up solar satellites around 36,000 km off Earth’s surface, where they’re able to soak up the intense solar energy from the Sun and then beam it back to Earth via antennae, providing the planet with unlimited renewable power.

It’s something the agency has been working on for years, after seeing man-made satellites such as the International Space Station surviving easily on solar.

"But it could take decades before we see practical application of the technology - maybe in the 2040s or later," the spokesperson told AFP.

"There are a number of challenges to overcome, such as how to send huge structures into space, how to construct them and how to maintain them."

Still, we can't help but get excited at the prospect of fossil fuel-free electricity being beamed down on us from outside our atmosphere. It doesn't get more futuristic than that.