Sometimes you don't know what you've got till it's gone. Valviloculus pleristaminis makes for a perfect example.

Scientists only recently identified this mysterious, extinct flower. It once bloomed in the Cretaceous period - a floral relic of a bygone age, preserved in time-stopping amber since some nameless day when dinosaurs still roamed the Earth.

"This isn't quite a Christmas flower but it is a beauty, especially considering it was part of a forest that existed 100 million years ago," says emeritus professor George Poinar Jr. from Oregon State University.

Poinar Jr. is something of an authority on the time-capsule-esque capabilities of amber.

The octogenarian entomologist is widely regarded as the scientist who popularised the phenomenon of prehistoric insects and nematodes being trapped in tree resin over geological timescales – ideas that took flight, literally much of the time, in the pop culture fantasy of Jurassic Park. 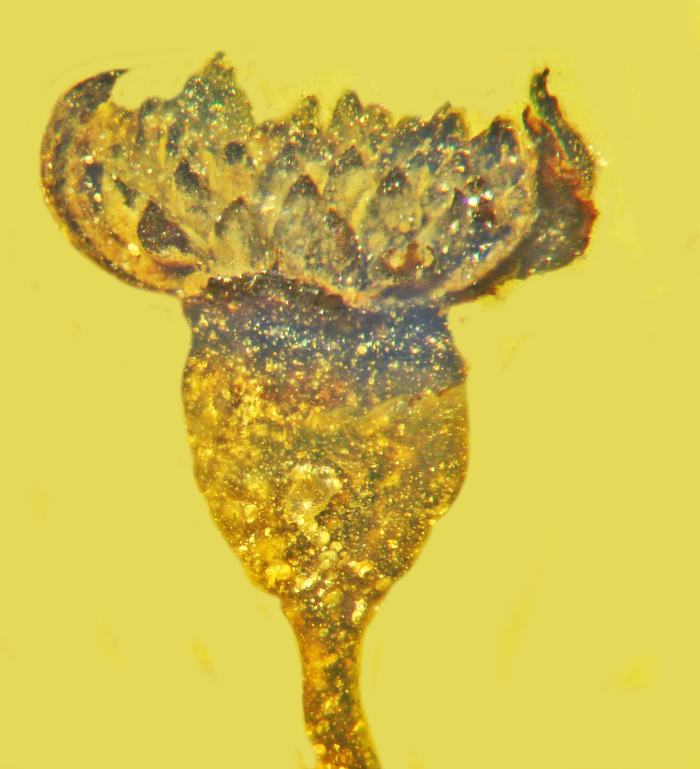 V. pleristaminis, which represents both a new genus and species of flower, is among the latest in this ever-expanding bouquet.

"The male flower is tiny, about 2 millimetres across, but it has some 50 stamens arranged like a spiral, with anthers pointing toward the sky," Poinar explains.

"Despite being so small, the detail still remaining is amazing. Our specimen was probably part of a cluster on the plant that contained many similar flowers, some possibly female."

The specimen in question was obtained from amber mines in Myanmar, having been preserved in marine sedimentary deposits dating back to the mid-Cretaceous, approximately 99 million years ago. 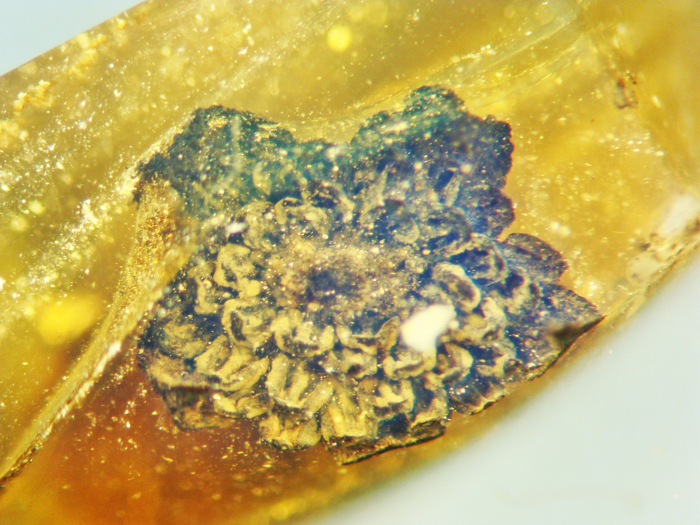 According to the researchers, V. pleristaminis, an example of an angiosperm (flowering plant), likely belongs to the order Laurales, particularly bearing some resemblance to the families Monimiaceae and Atherospermataceae.

But this strange, extinct flower doesn't just offer clues about the history of floral evolution.

According to Poinar Jr., V. pleristaminis and other Burmese amber angiosperm fossils like it may also help to solve an outstanding mystery about the ancient supercontinent Gondwana from which these plants first arose.

Specifically, V. pleristaminis would have once blossomed on a chunk of Gondwana called the West Burma Block, which broke off from the rest of the supercontinent at some unknown point in history.

Quite when is a matter of some debate, with some geological hypotheses putting the date of separation as far back as 500 million years ago.

Research by Poinar Jr. however suggests that the West Burma Block could not have rafted from Gondwana to Asia before the early Cretaceous, given angiosperms only evolved and diversified about 100 million years ago.

The debate isn't likely to be over any time soon, but V. pleristaminis and its amber-coated ilk provide a fresh line of thinking on the matter – a budding secret waiting to be told for almost 100 million years.

"The dating of [the West Burma Block] tectonic migration from Gondwana is not yet firmly established, but the 100 Ma age of the amber, with its included Southern Hemisphere-related plant and animal fossils, may factor into an eventual solution to this problem," the researchers write.

The findings are reported in Journal of the Botanical Research Institute of Texas.