Improving the efficiency of solar cells can make a huge difference to the amount of energy produced from the same surface area and the same amount of sunshine, and another world record has been beaten in the push for better yields.

Researchers have now hit an efficiency of 29.15 percent in the perovskite/silicon tandem solar cell category, which is just one of several different types of cells. There are currently a variety of different technologies in use to convert solar energy into electricity.

For this type of panel, the long-term target of more than 30 percent is now tantalisingly within reach. The latest lab tests edge ahead of the maximum 28 percent efficiency that perovskite/silicon cells have managed up to this point. 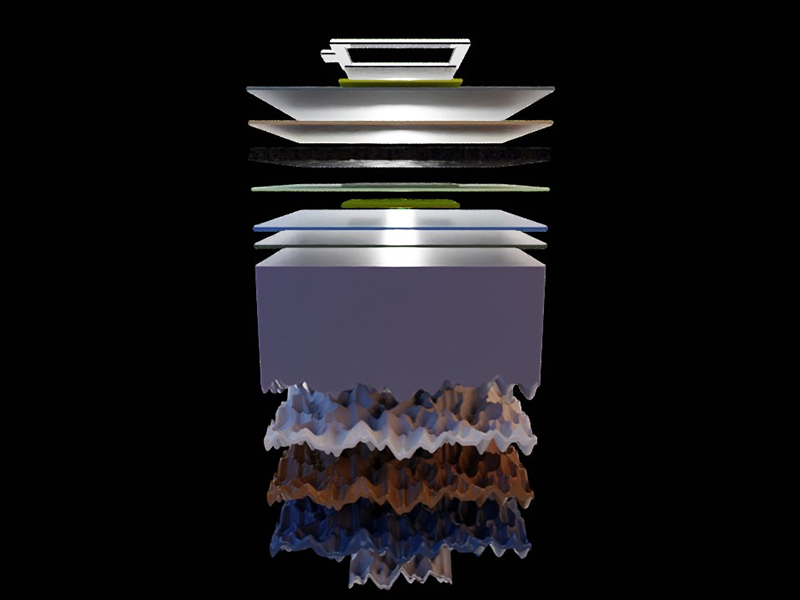 The layers of the tandem solar cell. (Eike Köhnen/HZB)

"Tandem solar cells that pair silicon with a metal halide perovskite are a promising option for surpassing the single-cell efficiency limit," write the researchers in their published paper. "We report a monolithic perovskite/silicon tandem with a certified power conversion efficiency of 29.15 percent."

Perovskite and silicon have actually been developed separately as semiconductor materials for solar panel use: silicon cells have been around for longer, and are currently the standard in solar farms around the world.

Perovskite is the up and coming new challenger, which scientists think could eventually eclipse silicon in terms of usefulness.

That's why scientists have long been experimenting with different perovskite compound combinations and adding other materials – silicon, in this case. The so-called tandem cell uses two semiconductors that can capture two different parts of the light spectrum, extending beyond infrared light (captured by silicon) into visible light too (captured by the perovskite compounds).

More good news is that putting perovskite and silicon together doesn't substantially add to the cost of making the panels. Keeping the price down is important for getting solar technology rolled out as far and as quickly as possible.

In this new research, the 29.15 percent efficiency record was managed with a 1 cm x 1 cm (0.4 inch x 0.4 inch) panel, so some serious scaling up will be required. The team says that should be possible, however. After 300 hours of simulated use, the tandem cell retained 95 percent of its original efficiency, which is another promising sign.

The new record was actually first reported earlier this year, though the peer-reviewed paper detailing the feat has just been published. The scientists used specially tweaked layer compositions for both connecting the electrode layer and keeping the two types of cell together in order to reach their new record.

It's another moment to celebrate, but the scientists aren't stopping: previous research suggests that tandem solar cell technology should be able to reach efficiency rates of well above 30 percent, and the team says "initial ideas for this are already under discussion".