Scientists Think They've Identified The Underlying Neurological Cause of Dyslexia

Scientists have identified a neural signature in people with dyslexia that could explain why those who experience the condition find it harder to interpret information.

Brain scans revealed that people with dyslexia have to try twice as hard to process sensory information, such as images and words, as people without the condition, and the deficiency could lie at the heart of the disorder.

"This is a path by which a brain difference could influence learning to read, which involves so many demands on plasticity."

You can get a sense of how neural adaptation works by looking at the image below: 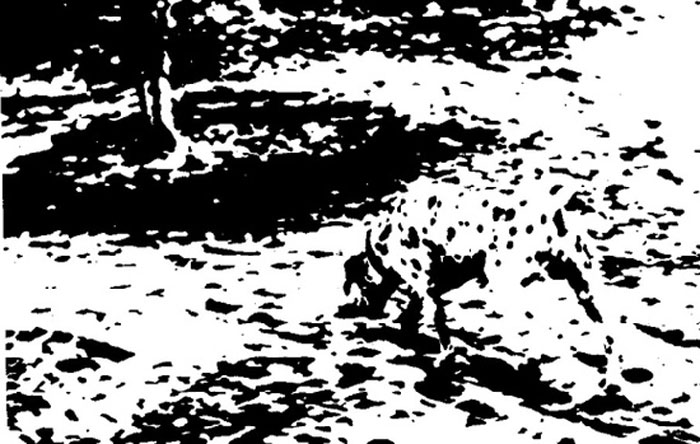 What do you see?

For most people, all you'll initially notice is a smattering of black blobs on a white background. But soon your brain will probably recognise a dog sniffing the ground.

Look at the image again with fresh eyes, and you'll probably just see the dog immediately without even thinking about it. This is because of neural adaptation: your brain has already pieced the image together the first time, so doesn't have to expend extra activity to do it a second time. 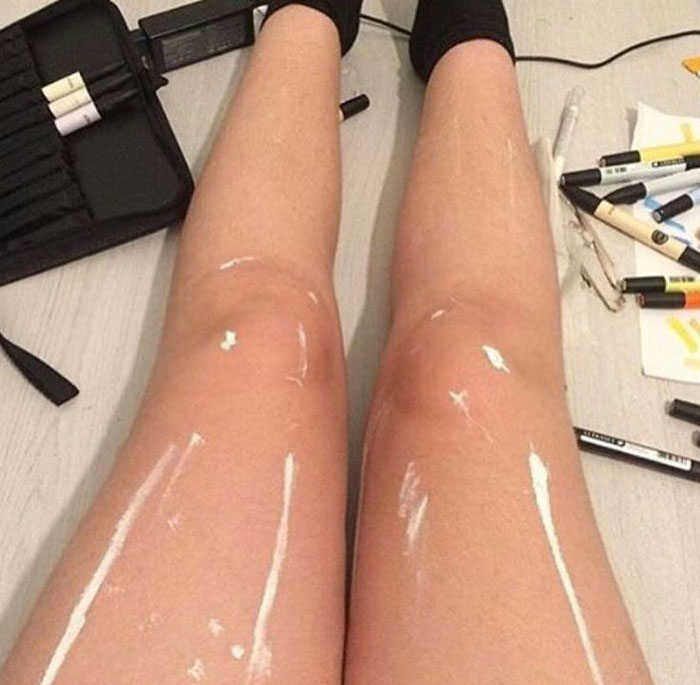 Do you see a picture of some shiny-looking legs? You can read an explanation for this image here, but that 'shininess' is actually just a clever optical illusion, and once your brain knows what's really going on, you'll probably struggle to see the shiny effect like you once did.

"You learn something upon the initial presentation that makes you better able to do it the second time, and the ease is marked by reduced neural activity," says Gabrieli. "Because you've done something before, it's easier to do it again."

But according to the researchers, that almost effortless brain activity that many of us don't even realise is happening is something that's much harder for people with dyslexia to perform.

To figure this out, the team analysed the brains of young adults with dyslexia and those without the condition, to see how they responded to a series of sensory input tests.

The scans showed that people without dyslexia adjusted quickly to the singular voice after an initial period of neural adaptation activity in the superior temporal gyrus, which processes speech and sound.

In the test with multiple speakers, this neural activity flared up for each new voice.

But for the participants with dyslexia, neural adaptation never eased off during the test with just the single voice, indicating that their brains had to keep working hard to concentrate on processing the information from a single sensory input – in a sense, much like continually struggling to identify the dog in the picture above.

"Adaptation is something the brain does to help make hard tasks easier," says one of the team, Tyler Perrachione, from Boston University. "Dyslexics are not getting this advantage."

What was surprising about the result is that difficulty in understanding speech is not something that's usually associated with dyslexia, so the researchers ran another experiment.

This time, the team showed a different group of adult participants a stream of visual images – words, faces, and objects – some of which were different, and some of which repeated during the experiment.

Again, the participants with dyslexia showed reduced adaptation to the repeated imagery, with the same neural signature of extra brain activity being involved to process the stimuli.

"The brain location changed depending on the nature of the content that was being perceived, but the reduced adaptation was consistent across very different domains," says Gabrieli.

"This suggests that adaptation deficits in dyslexia are general, across the whole brain," adds Perrachione.

But if this signature of extra neural activity is present in all kinds of different information processing in the brain, why has dyslexia so long been classified solely as a reading disorder?

The researchers think it's because written comprehension is such a demanding, learned activity that calls upon so many parts of the brain, leading to the impairment usually being discovered when children are having difficulty with reading.

"[In reading we] have to see letters, map them onto words, map those to sounds, and connect them to semantics," explains Perrachione. "There are lots of places for things to go wrong."

A final experiment – this time with children aged six to nine years old – revealed the same thing, with the participants that had dyslexia showing evidence of the neural deficiency.

"We got almost the identical reduction in plasticity, which suggests that this is occurring quite early in learning to read," says Gabrieli. "It's not a consequence of a different learning experience over the years in struggling to read."

In total, the three experiments involved over 150 participants, and the researchers say those with dyslexia had adaptation levels about half those of typical readers in the control groups.

But while the study adds weight to the argument that dyslexia is much more than just a reading disorder, there's still a lot we don't know about what's going on here.

In the search for more answers, the researchers now intend to look closer at how neurons and neurotransmitters actually change during neural adaptation. Hopefully, what we learn will get us closer to new avenues for treating dyslexia – or the neural activity that underpins it – in the future.

"Finding a basic thing that's true in the whole brain gives us a better opportunity to start looking for connections between biological models and psychological models," says Perrachione.

The findings are reported in Neuron.