Consciousness is the most important quality of a human being, but scientists have struggled for millennia to explain it - where does it come from, and how does it arise?

We've seen studies try to pinpoint the physical location of consciousness in the brain, and one physicist has even proposed that it's a new state of matter. And now scientists want the public to solve a chess problem that computers find impossible so we can figure out what separates our minds from machines.

"If you put this puzzle into a chess computer, it just assumes a black win because of the number of pieces and positions, but a human will look at this and know quickly that is not the case," Sir Roger Penrose from the Mathematical Institute of Oxford told The Telegraph.

"We know that there are things that the human mind achieves that even the most powerful supercomputer cannot, but we don't know why."

The public challenge has been released to coincide with the launch of the new Penrose Institute - a UK-based research group affiliated with Oxford University and University College London.

Founded by Penrose, who shared the 1988 Wolf Prize in physics with Stephen Hawking for their work on black hole singularities, the institute's focus is on the human brain, creativity, and the much sought-after link between quantum mechanics and general relativity.

In particular, Penrose wants to figure out if we've been looking at consciousness the wrong way all this time.

Our brains are so often compared to computers, but in his 1989 book, The Emperor's New Mind, Penrose argues that not even quantum computers - which we haven't even built yet - could rival what's in our heads.

A deeper understanding of the quantum weirdness of physics might be the only thing that could explain consciousness, he says, and while that's a pretty controversial view, it's not like we've got a whole lot to go on when it comes to the mysterious force that suddenly makes us self-aware.

We've found quantum effects in photosynthesis and bird migration, Penrose argues, so why not the human mind?

One way of narrowing down the variables in the search for human consciousness is to figure out what separates us from the greatest processors ever built - supercomputers.

If our minds can figure out a solution that even the most advanced problem-solving machines can't, it could be the lead scientists need to figure out what makes us so unique.

To that end, Penrose has come up with this chess problem. You need to figure out how to legally get the white player to either draw with the black - or win: 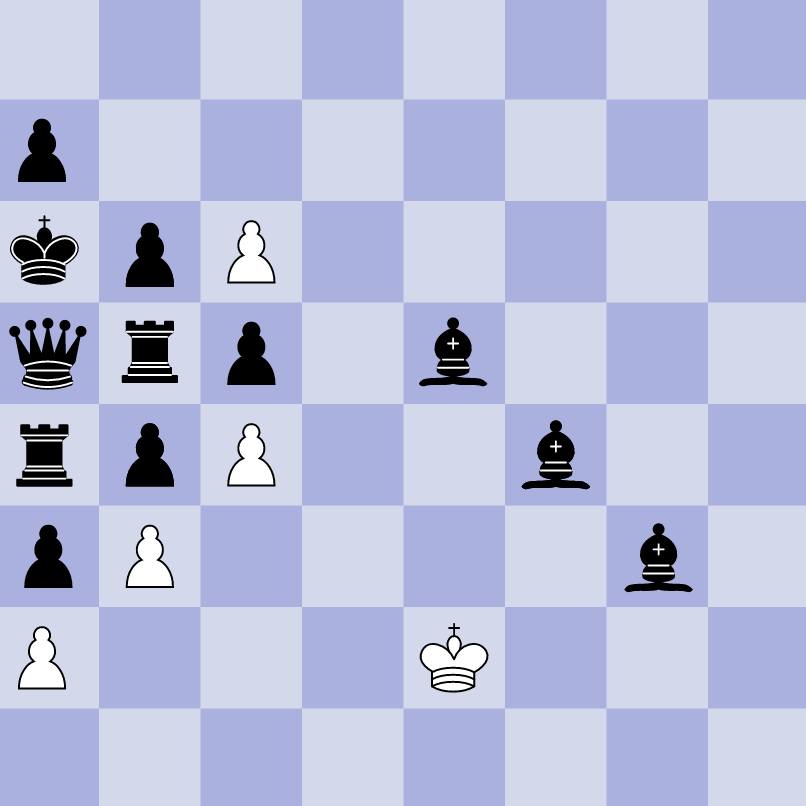 As Sarah Knapton at The Telegraph explains, a computer will always assume the black player will win in this scenario, because seeing those three bishops will force it to perform a massive search of possible positions "that will rapidly expand to something that exceeds all the computational power on planet Earth".

But Penrose says it should be "easy" for humans, given you know your chess rules back to front.

If you do decide to solve this riddle, and succeed, you need to email your work to puzzles@penroseinstitute.com.

In particular, the Penrose Institute researchers are interested in the thought process that led you to the solution - was it a sudden moment of genius, or the result of days of consternation?

Obviously, a little chess puzzle alone isn't going to reveal the key to human consciousness, but it's an intriguing approach to what seems like an impossible question, and we're pretty damn curious to see what the researchers make of the public's contributions.

"If we find out how humans differ from computers, then it could have profound sociological implications," Penrose told The Telegraph.

"People get very depressed when they think of a future where robots or computers will take their jobs, but it might be that there are areas where computers will never be better than us, such as creativity."