In the beginning, everyone was skeptical. But Elon Musk's SpaceX defied expectations - and on Wednesday hopes to make history by ferrying two NASA astronauts into space, the first crewed flight from US soil in nine long years.

US President Donald Trump will be among the spectators at Kennedy Space Center in Florida to witness the launch, which has been given the green light despite months of shutdowns due to the coronavirus pandemic.

The general public, in a nod to virus restrictions, has been told to watch via a livestream as Crew Dragon is launched by a Falcon 9 rocket toward the International Space Station.

But his successor sees it as a symbol of his strategy to reassert American domination of space, both military - with his creation of the Space Force - and civilian.

He has ordered NASA to return to the Moon in 2024, an unlikely timetable but one that has given the storied space agency a boost.

In the 22 years since the first components of the ISS were launched, only spacecraft developed by NASA and by the Russian space agency have carried crews there.

But their staggering cost - US$200 billion for 135 flights - and two fatal accidents finally put an end to the program. The last shuttle, Atlantis, landed on July 21, 2011.

After, NASA astronauts learned Russian and travelled to the ISS in the Russian Soyuz rocket from Kazakhstan, in a partnership which survived political tensions between Washington and Moscow.

But it was only ever meant to be a temporary arrangement. NASA had entrusted two private companies - aviation giant Boeing and upstart SpaceX - with the task of designing and building capsules that would replace the shuttles.

Nine years later, SpaceX - founded by Musk, the outspoken South African entrepreneur who also built PayPal and Tesla, in 2002 - is ready to launch.

NASA has awarded SpaceX more than US$3 billion in contracts since 2011 to build the spacecraft.

The capsule will be crewed by Robert Behnken, 49, and Douglas Hurley, 53, both veteran space travelers - Hurley piloted Atlantis on its last trip.

Nineteen hours later they will dock at the ISS, where two Russians and an American are waiting for them.

The weather forecast remains unfavorable, with a 60 percent chance of bad conditions, according to Cape Canaveral forecasters.

The next launch window is Saturday, May 30. The launch has taken five years longer than planned to come about, but even with the delays SpaceX has beaten Boeing to the punch. 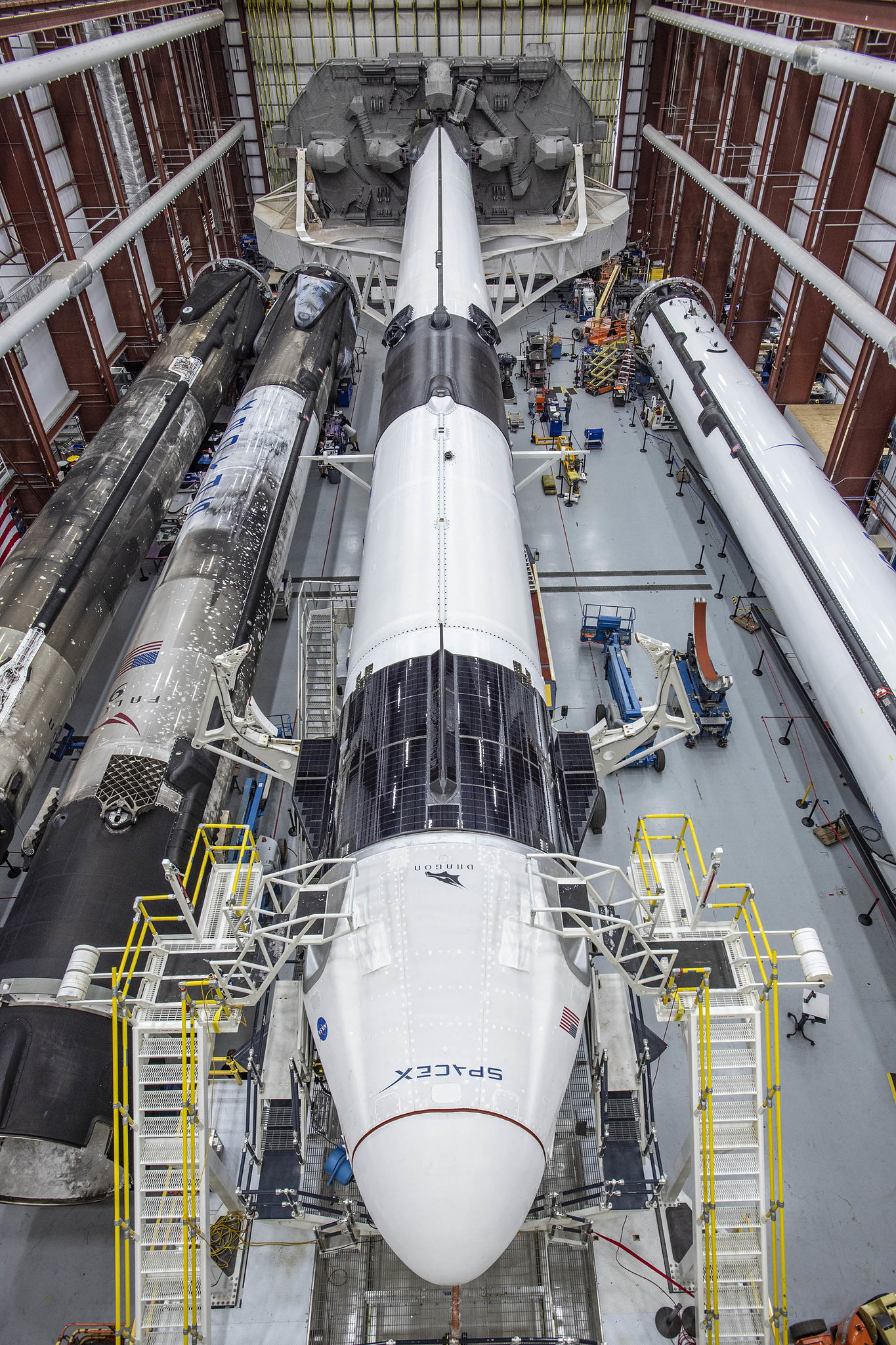 Boeing's test flight of its Starliner failed due to serious software issues, and will have to be redone.

"There was huge skepticism," Hubbard, who met Musk before the creation of SpaceX and also chairs a SpaceX safety advisory panel, recalled.

"Senior people at the legacy companies, Lockheed, Boeing, would tell me at a conference that these SpaceX guys don't know what they don't know," he told AFP.

SpaceX finally came out on top with its cheaper Falcon 9 rocket, the first stage of which comes back to land vertically on a barge in the Atlantic.

Since 2012, SpaceX has been resupplying the ISS for NASA, thanks to the cargo version of the Dragon capsule.

The crewed mission, called Demo-2, is crucial for Washington in two ways.

The first is to break NASA's dependence on the Russians. But the second is to catalyze a private "low Earth orbit" market open to tourists and businesses.

"We envision a day in the future where we have a dozen space stations in low Earth orbit. All operated by commercial industry," said NASA boss Jim Bridenstine.

Musk is aiming higher: he is building a huge rocket, Starship, to circumnavigate the Moon - or even to travel to Mars and ultimately make humanity a "multi-planet species".