Hacking Brain Waves Can Give You an Instant Cognitive Boost, Says Study

Artificially getting activity in certain parts of the brain to sync up can provide a small mental boost when completing tasks or recovering from mistakes, according to new research.

The technique could eventually be used as a safe and simple way to perk up the brain, as well as an option for treating those with psychiatric and neurological disorders, where these types of oscillations are often disrupted.

The researcher from Boston University concentrated on two brain regions in particular: the medial frontal cortex, which sparks into life when you make a mistake or get surprised, and the lateral prefrontal cortex, which handles rules and goals, and helps us to change our decisions and actions.

"These are maybe the two most fundamental brain areas involved with executive function and self-control," says Robert Reinhart, the researcher. 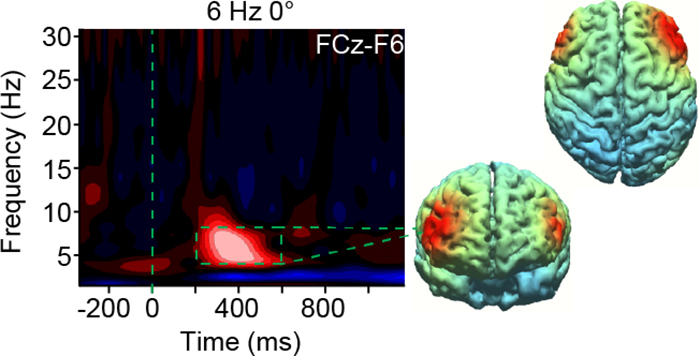 Previous studies have looked at the possibility that cells in these brain areas communicate with each other through the timing of their oscillations, but this latest study is the first to look at their effects in detail through the use of HD-tACS.

The study ran through three different sets of tests, each with 30 healthy volunteers asked to carry out a time estimation learning task, pressing a button when they thought 1.7 seconds had elapsed, and getting feedback on whether they'd missed the mark.

In the first set of tests, when HD-tACS was used to increase synchronicity between brain areas, the volunteers learned faster, made fewer errors, and recovered from errors more quickly.

The volunteers themselves didn't notice any changes in their performance, but the differences were statistically significant.

On the other hand, when the oscillations between the brain regions were disrupted, people in the group made more errors and were slower to learn.

In the second test, each side of the brain was tested independently, with the right hemisphere of the brain shown to be more relevant to changing behaviour.

Finally, in the third set of tests, the oscillations were disrupted then synchronised more quickly than before – during the tasks rather than at the end of each set. They study found that the original thought patterns and levels of learning came back within minutes.

"We were shocked by the results and how quickly the effects of the stimulation could be reversed," says Reinhart.

While these initial results so far are interesting, researchers have a long way to go to see if these brain sync boosts can be scaled up and are safe enough to be used in the long term, or indeed if they apply beyond the simple task of pressing a button every 1.7 seconds.

But even though it's early days, the potential is intriguing.

Conditions like anxiety, Parkinson's, autism, schizophrenia, ADHD, and Alzheimer's all show signs of disrupted brain oscillations, and a treatment like this could help, as well as being more precise in focus than existing drugs.

Then there's the question of whether it could give healthy brains a boost in their thought processes – we're not close to that yet, but it's a possibility.

"Think about any given workday," says David Somers, also from Boston University, who wasn't directly involved in the research. "You need to be really 'on' for one meeting, so you set aside some time on your lunch break for some brain stimulation."

"I think a lot of people would be really into that – it would be like three cups of coffee without the jitters."