NASA has released images showing a strangely spotless Sun this month, with hardly a mark on its surface.

It's the lowest level of solar activity we've seen since 2011, even though the Sun is only halfway through its 11-year cycle, and five years off its solar minimum. But for some reason, it seems to have gone quiet a lot earlier than usual.

Eventually, all of this magnetic energy is released in the form of powerful solar flares, which are brief and incredibly intense blasts of high-energy radiation. When these solar flares are aimed at Earth, they can interrupt radio communications, and cause spectacular aurorae further from the poles than usual.

This happened at the end of October, when Earth was bombarded with geomagnetic activity, triggering incredible northern and southern lights.

But since then, the Sun has gone eerily quiet, with NASA footage taken from the 14-18 November showing that the Sun has been almost entirely spotless for several days now, with just a handful of sunspots marking its face.

You can see this in this NASA image, taken using the Solar Dynamic Observatory's (SDO) IntensityGram, which shows the overall white light brightness of the Sun: 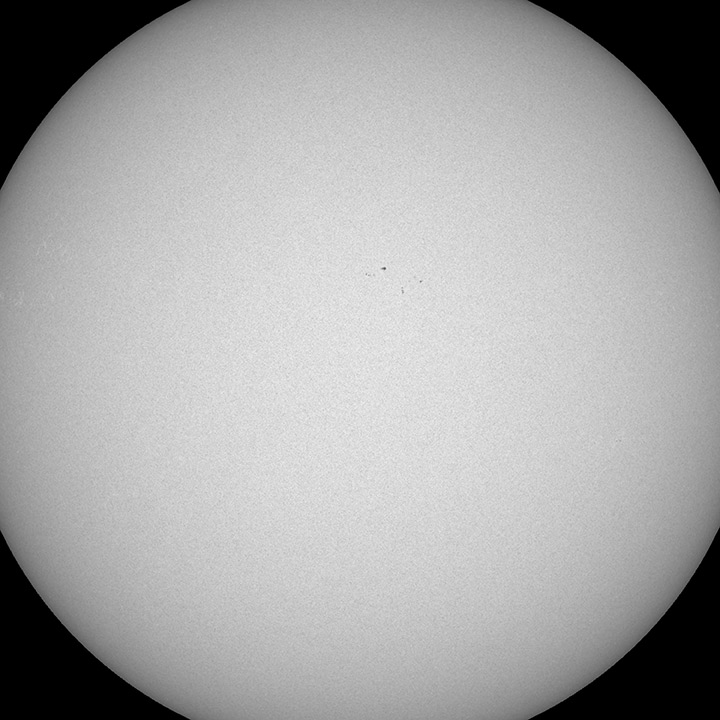 Sunspots taken with this wavelength appear like dark dots, but right now the Sun looks more like an unblemished cue ball.

And here's a sunspot in the centre of the Sun back in January, 2013 - there are usually at least a few of these scattered across the surface: 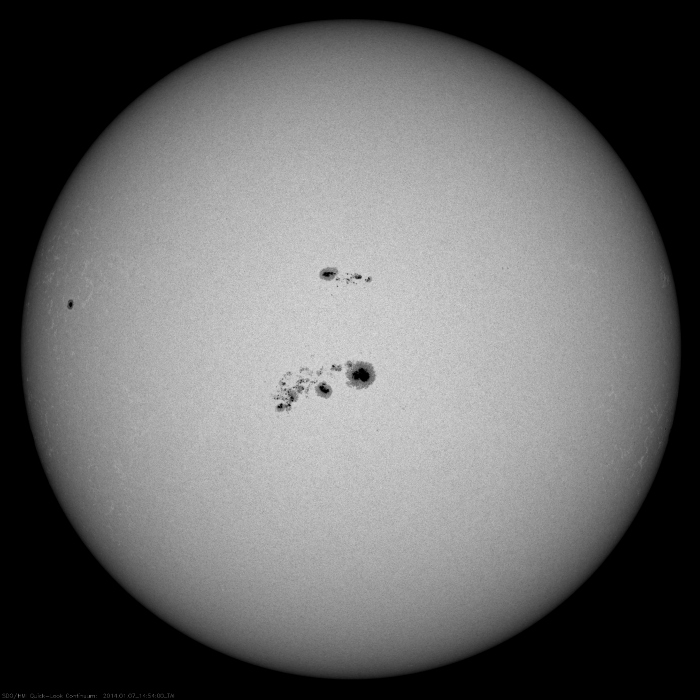 Don't worry though, the fact that the Sun has gone quiet isn't anything to worry about just yet.

Researchers know that the Sun has a pendulum-like pattern of solar cycle activity over an 11-year period, and the latest peak was in early 2014, which means it's normal for the Sun to be settling down.

But the next solar minimum level isn't expected to occur for another five years, in 2021. So it's not quite clear why the Sun has gone so quiet so early.

"At this point in time, the sunspot numbers seem to be sliding downwards faster than expected, though the solar minimum level should not occur until 2021," a statement from NASA's Solar Dynamics Observatory explained.

The good news is that these short patches of inactivity aren't unusual - although solar activity is on a general downwards trend at the moment, these kinds of quiet weeks aren't unheard of.

Back in June, the Sun also went through a strangely quiet period, and it's since been followed by multiple sunspots and storms. So there's no need to panic just yet.

It's also worth noting that the solar period we're in right now is shaping up to be the weakest one in the past 100 years, so some spotless patches are to be expected.

"No doubt more and larger sunspots will inevitably appear," the Solar Dynamics Observatory explained, "but we'll just have to wait and see."

The reality is that, as much as we like to think we know our Sun well, we still understand very little about the processes that govern our star, as solar physicist Tony Phillips told the LA Times during another unusually quiet patch back in 2014.

"It all underlines that solar physicists really don't know what the heck is happening on the sun," said Phillips. "We just don't know how to predict the Sun."

In the meantime, with all the craziness of 2016, it's quite nice to start a new month with the soothing footage of the Sun's calm, spotless surface below.

Don't mind us, we're just going to keep this on loop for a little while.