Scientists have, for the first time, discovered an active leak of methane gas from the sea floor in Antarctica. It is a process that's likely to accelerate the process of global heating.

The finding was published in the peer-reviewed Proceedings of the Royal Society B scientific journal on Tuesday.

Methane is powerful greenhouse gas that accelerates climate change, and warms the planet much more than carbon dioxide does.

The risk of it leaking from under ice has long concerned scientists, who say that some microorganisms can help to consume it before it is released into the atmosphere.

But the new findings appear to dent the hopes of the effectiveness of this process in Antarctica. 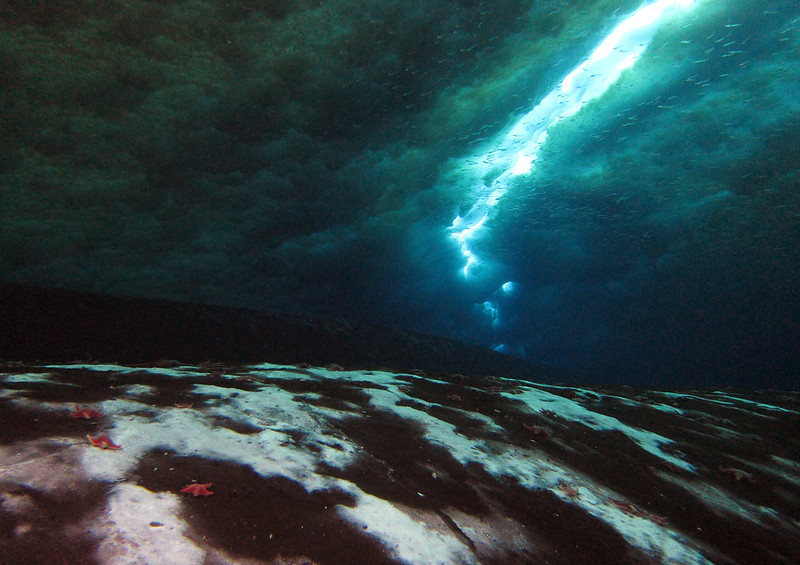 Above: White microbial mats are telltale signs of areas where methane may be released from underground methane deposits.

The report said the methane leak was first discovered in 2011, and that it took five years for the microorganisms that help filter away the gas to develop at the site.

The researchers found that methane is still escaping despite their presence.

Dr. Andrew Thurber, an oceanographer at Oregon State University, who led the research, told The Guardian: "It is not good news. It took more than five years for the microbes to begin to show up and even then there was still methane rapidly escaping from the sea floor."

Thurber said that the first microbes to grow in the area were of an unexpected strain, and that "it may be five to 10 years before a community becomes fully adapted and starts consuming methane."

Vast amounts of methane are stored under sea ice. The researchers noted that "Antarctica is estimated to contain as much as a quarter of Earth's marine methane."

Scientists have long warned about the impact on the planet if methane leaks – something that is caused by melting ice as global temperatures rise.

NASA warned in 2018 that the thawing of ice in the Arctic could release gases like methane, contributing to an even faster global heating that was not taken into account in climate projections.

The release of methane from ice is also considered one of the tipping points in climate change, where the effects of rising temperatures cannot be stopped or reversed.

But, until now, no active leak of methane had been recorded in Antarctica. 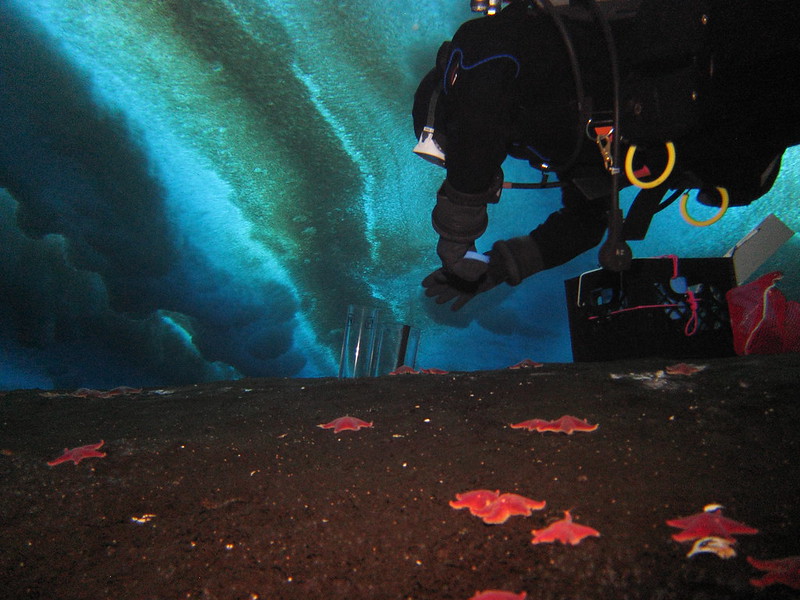 The researchers noted that, in this case, the gas did not appear to have been released as a result of global heating – the Ross Sea, where the leak took place, has not warmed in a significant way.

"The ultimate source of this methane remains unknown," they said.

The report said, however, that the findings would deepen their understanding of the way that methane is consumed and released in Antarctica, about which very little was known before.

The fact that no leak had been identified before now was "hindering our understanding of the processes that regulate the release of Antarctica's methane," the researchers said.

They added that better understanding how the microorganisms work will inform how researchers understand the release of methane into oceans as the result of rising temperatures.

The study, they said, shows that how microorganisms change and develop "may have an unrealized impact on greenhouse gas emission from marine methane reservoirs."

"Our results suggest that the accuracy of future global climate models may be improved by considering the time it will take for microbial communities to respond to novel methane input."

There may be a long wait before more research could be done, however. According to The Guardian, their future travels to the Antarctica site have been disrupted due to the coronavirus pandemic.

More from Business Insider:
Trending News
Earth's Inner Core May Right Now Be in The Process of Changing Direction Nature3 days ago
Physicists Break Record Firing a Laser Down Their University Corridor Physics3 days ago
New NASA Nuclear Rocket Plan Aims to Get to Mars in Just 45 Days Space4 days ago