We know that Earth is changing in dramatic ways on a daily basis, but sometimes you need a bird's eye view – or a satellite feed – to really appreciate the evolution of our planet.

That's exactly what you get with a new set of images recently released by NASA, showing dramatic shifts in forest sizes, water levels, and ice cover over the last 40 years.

Some of the pictures really are shocking, like the comparison below of Lake Urmia in Iran, showing its shrinking size and changing colours.

This distinct green/brown contrast took place over just a few months, and was caused by summer heat and growing populations of algae and bacteria: 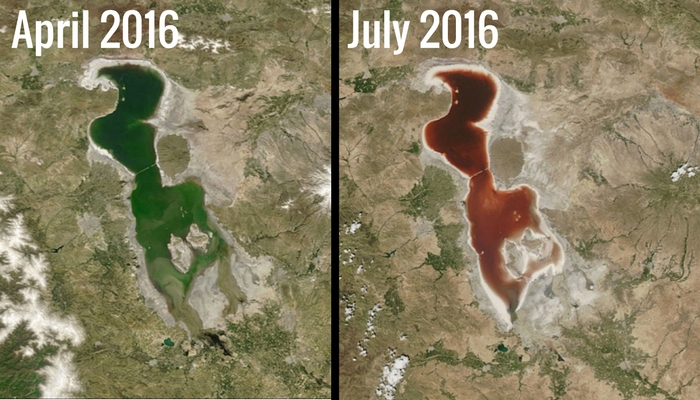 "Some of these effects are related to climate change, some are not," says NASA. "Some document the effects of urbanisation or the ravage of natural hazards such as fires and floods. All show our planet in a state of flux."

Check out the shrinkage of the Great Salt Lake in Utah between 1985 and 2010, caused by reduced snowmelt and rainfall: 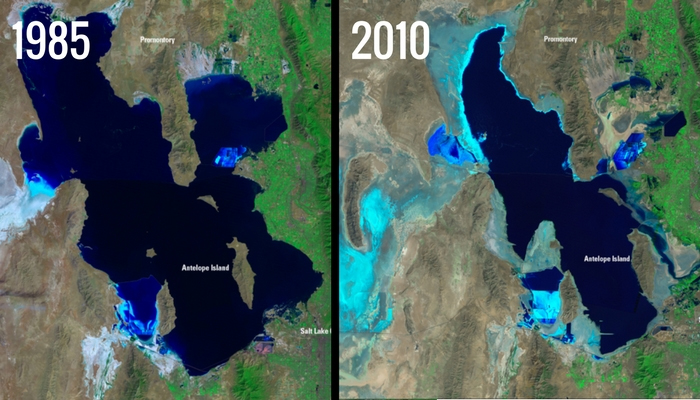 Or the reduction in size of Owens Lake, California, over the same time frame, prompted by diverted water and toxic chemicals: 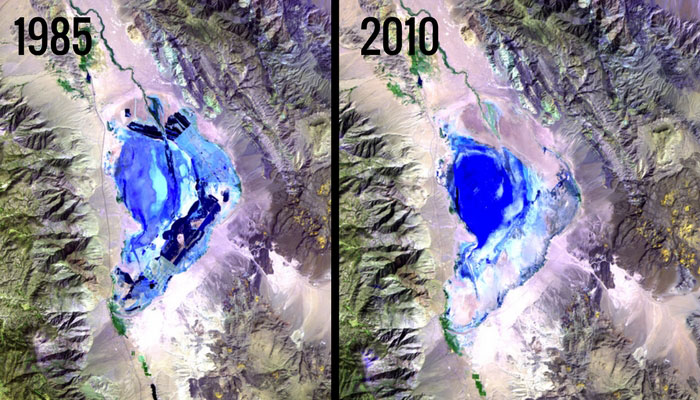 Several of the images show how the spread of our towns and cities has impacted the natural landscape.

Take these shots of the Baban Rafi forest in Niger, showing huge chunks of forest disappearing between 1976 and 2007: 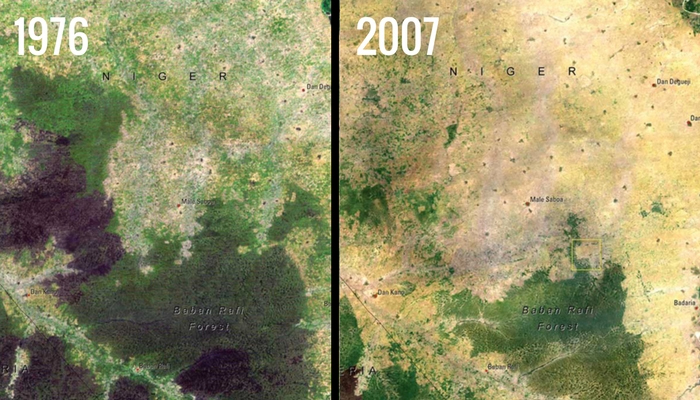 Much of that forest was cleared to make way for farming land - the country's population increased by 40 percent across the same time period, according to NASA.

The effects of urbanisation can also be seen in these 1991 and 2016 pictures of New Delhi in India: 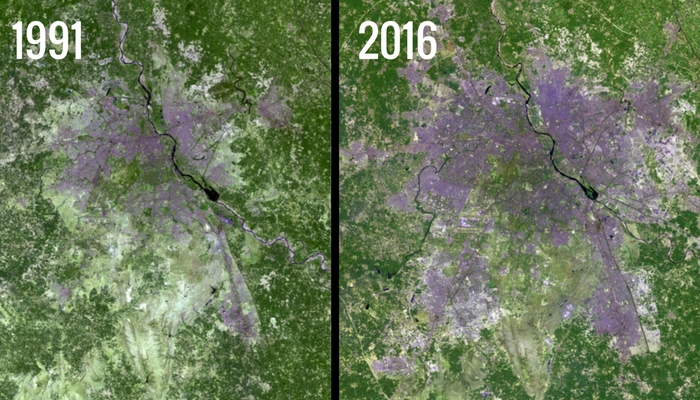 New Delhi, India. Credit: US Department of the Interior / USGS and NASA

In the space of those 25 years, the population grew from 9.4 million to 25 million people, and experts at the UN estimate that the Delhi territory could be home to around 36 million people by 2030.

Such rapid population rise brings with it a number of problems besides a lack of space. In November, the Indian government declared a state of national emergency, because air pollution had gotten so bad in the capital.

Further away from civilisation, the Greenland ice sheet is melting earlier than ever before, as these dramatic shots from 2014 and 2016 demonstrate: 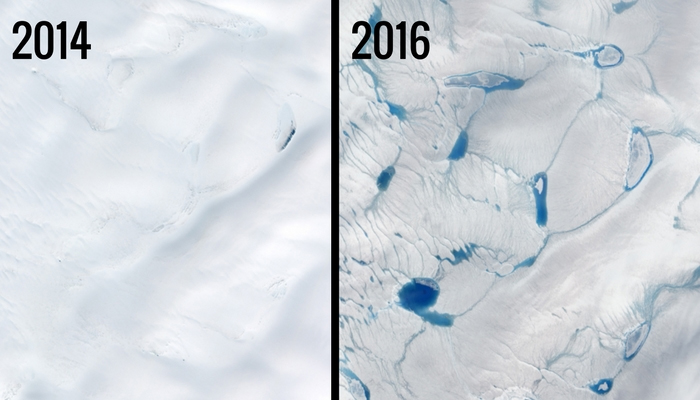 Meltwater darkens the surface of the ice and causes even more melting as extra sunlight is absorbed.

Another pair of photos from Greenland show the shrinking size of the Helheim Glacier, as increasing air and ocean temperatures cause it to retreat back to its source and flow out to sea more quickly:

You don't need access to NASA satellites to take a peek at Earth's changing surface either, as a lot of imagery is available through Google Earth.

Its new Timelapse feature lets you browse through roughly 5 million pictures from 1984 to the present day.

It might be scary viewing at times, but it's important to know as much as we can about what's happening to our planet - because then we might actually be able to do something about it.

You can see all of NASA's Images of Change catalogue here, including interactive features to help you contrast before and after.