These Eerie 'Living Stones' in Romania Are Fantastical, And Totally Real

A small town in Romania called Costesti is home to unusual geological manifestations - bulging bulbous boulders called trovants. These stones have long intrigued locals, with their organic-looking shapes and strange cement oozings, inspiring myths about the stones' ability to grow and move - like living beings rather than inanimate objects.

Trovants vary greatly in size and shape - some can snugly fit in your palm, while others loom overhead, up to 4.5 metres tall. Of the 100s of known trovants, seen across at least 20 sites through Romania, some were only unearthed after the sand around them was quarried away. 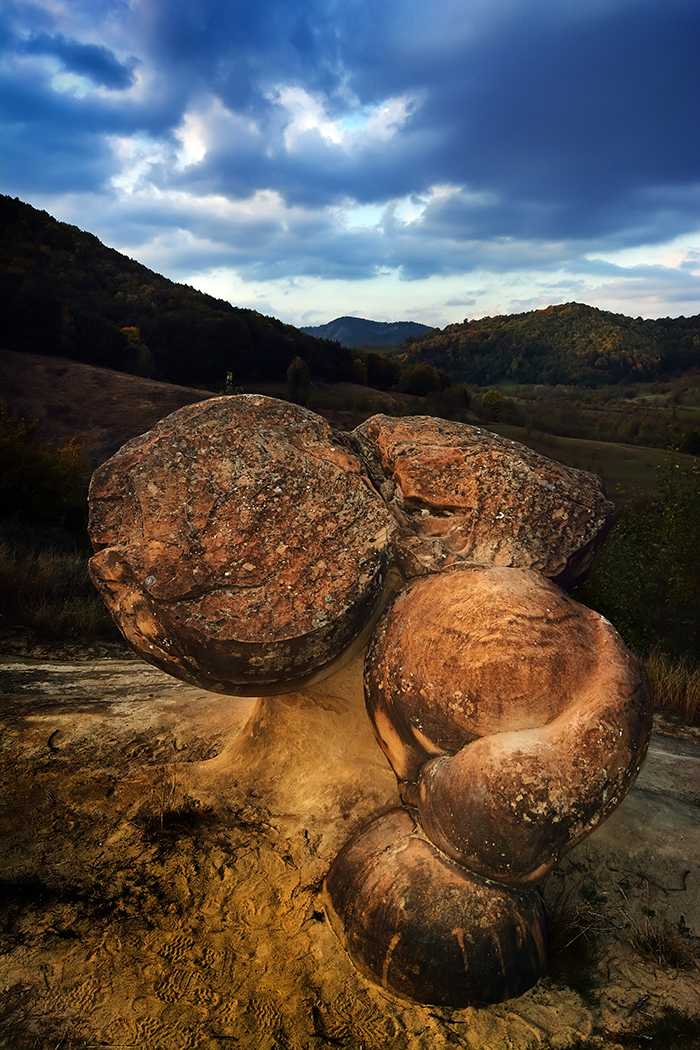 While mysteriously moving stones do sail across valleys elsewhere in the world, these trovants probably aren't going anywhere without help any time soon.

In fact, some are firmly (if precariously) fixed to the ground below with a solid rock base, like the 'Old Ladies' from Ulmet.

Their bizarre, and sometimes seemingly gravity-defying bulges have to do with their origins. 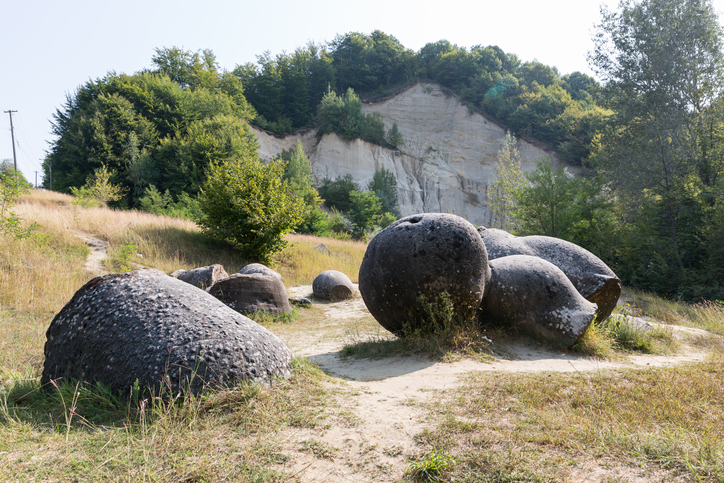 Likely shaped by earthquakes around 6 million years ago, trovants are a type of concretion - sedimentary sand grains or rocks bound together by a limestone (calcium carbonate) cement.

"Some are made from sandstone, others from gravel," Buila-Vanturarita National Park manager Florin Stoican told Radio Romania International back in 2010.  "In geological terminology, they are made from gritstone and conglomerates."

Researchers have found no difference between the trovants and surrounding sand substrate. So they suspect the spheroid shapes were formed by the unusually long-lasting and intense seismic activity of the Middle Miocene. Shockwaves emanating from the earth compacted the sandy sediments and concentrated the limestone cement to mould their spherical lumps. 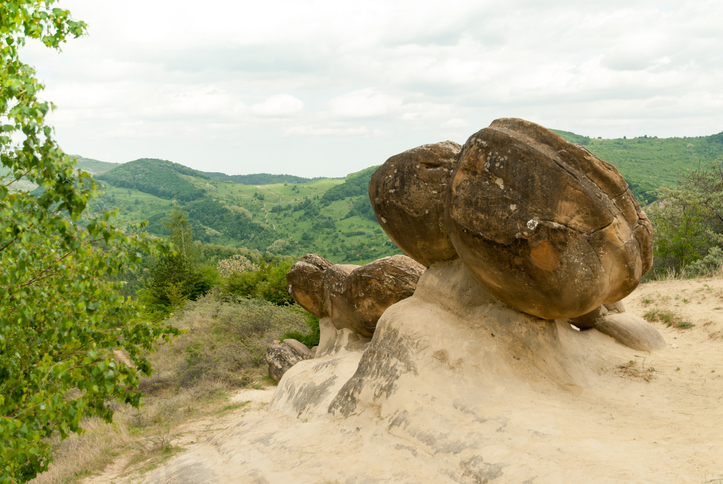 More trovants in Ulmet, known as the 'Old Ladies'. (pfongabe33/Getty Images Plus)

Over time, the elements wore away the looser sandstone around them, exposing the denser trovants.

When exposed to heavy rains, some of their cement can leak out to their surface, gradually adding to the stone's outer circumference over time. Not much has been written about this process, but it is said to occur at only about 4-5 cm over 1,200 years.

The surrounding sandstone beds have laminations - a sequence of fine layering - suggesting the area was an ancient marine environment when the stones and base sediment were laid down, as do the bivalve and gastropod fossils that can be found within some of the trovants.

So, while they might not be 'living' stones in a literal sense, these incredible rocks have seen more of life than even the oldest human.