This Is What The Standard Model of Physics Actually Looks Like

We talk a lot about the Standard Model of Particle Physics here at ScienceAlert - you know, the "theory of almost everything" that's the best set of equations we have to describe the behaviour of the Universe and everything in it.

But have you ever considered what it actually looks like?

If so, you're in luck, because here it is, the Standard Model Lagrangian - or formula - in all its glory, written up by Italian mathematician and physicist Matilde Marcolli: 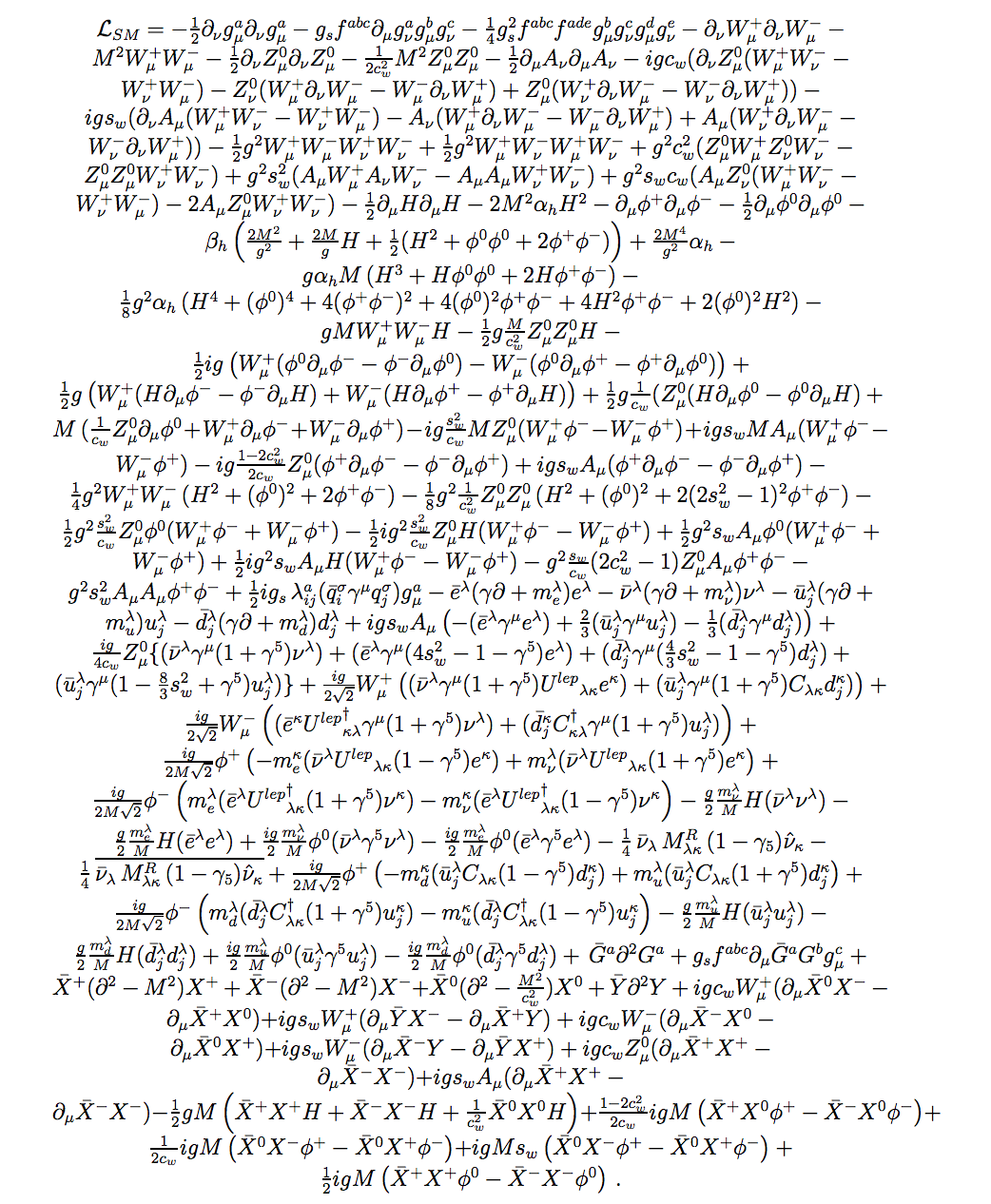 Okay, we know, we know, that looks like a whole lot of gibberish, but we can break this down.

What's a Lagrangian in the first place? As Rashmi Shivni explains for Symmetry magazine:

"The Lagrangian is a fancy way of writing an equation to determine the state of a changing system and explain the maximum possible energy the system can maintain … Despite appearances, the Lagrangian is one of the easiest and most compact ways of presenting the theory."

She breaks the whole thing down into five sections over at Symmetry, but for those who want the CliffsNotes version, take a look at this abbreviation that staff at CERN have lovingly put on a coffee mug: 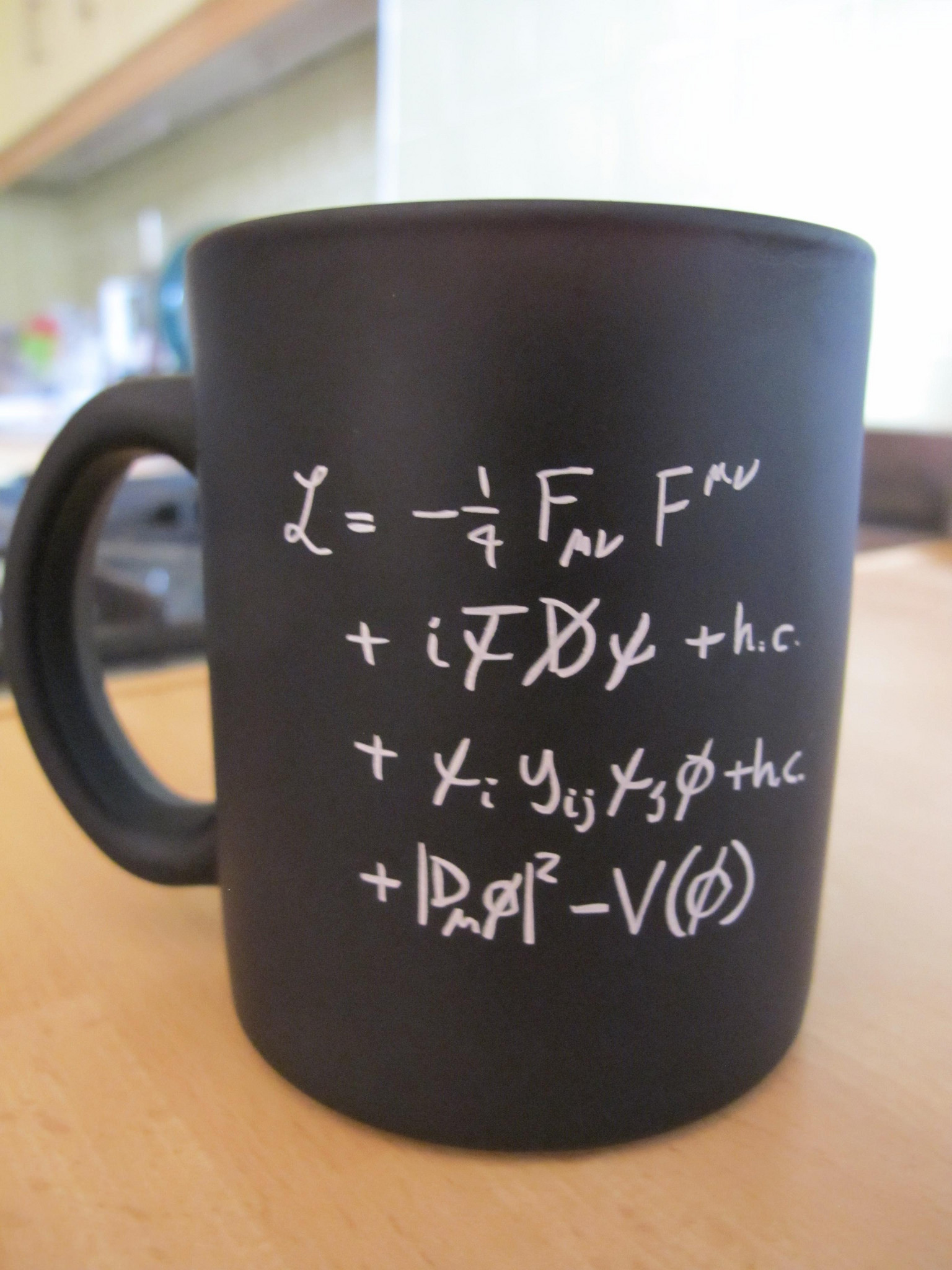 That's a bit shorter, but still somewhat illegible for the majority of us, so let's explain it with some help from the nice people over at CERN.

The top line describes the forces in the Universe: electricity, magnetism, and strong and weak nuclear forces.

The second line describes how these forces act on the fundamental particles of matter, namely the quarks and leptons.

Below that, the formula describes how these particles obtain their masses from the Higgs boson.

"The fourth line enables the Higgs boson to do the job," the CERN media team explains.

It's simplified, but it does the job. Believe it or not, but those four short lines can pretty much explain how everything in the Universe behaves, which is pretty damn cool.

Even more exciting, physicists think we might be on the verge of discovering new physics beyond the Standard Model - including particles that could help researchers explain the forces of gravity, which is something the Standard Model still doesn't account for.

So check out the Lagrangian of the Standard Model either abbreviated or in full, and commit it to memory, because it might not be our best "theory of almost everything" forever.