This Insane Picture of The Moon Was Actually Taken From Earth

A test of a powerful new space imaging instrument has given us a gloriously detailed new perspective of the Apollo 15 Moon landing site.

By bouncing a powerful radar signal off the lunar surface, the new instrument has been able to achieve spectacular resolution, showing objects as small as 5 metres (16.4 feet).

Designed for the Green Bank Telescope in West Virginia by Raytheon Intelligence & Space, this proof-of-concept technology paves the way for even more powerful radar imaging in the future, potentially allowing scientists to study objects even as far away as Neptune.

Radar imaging of the Moon is not a new idea, however. It's an extraordinarily useful tool for revealing fine structures on the surface and, at longer wavelengths, even probing over 10 metres below the surface to observe variations in the density of the regolith (here on Earth, this technology can help us find buried ruins).

But the Green Bank Observatory, the National Radio Astronomy Observatory, and Raytheon Intelligence & Space are trying to push the technology even further. 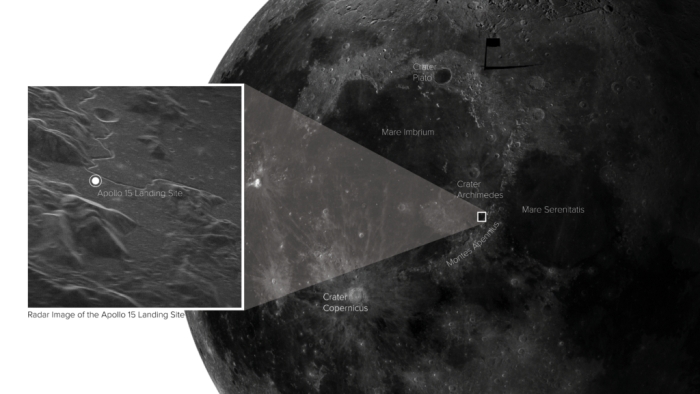 In a test in November of last year, the new transmitter sent out a radar signal to the Moon, specifically targeting the Apollo 15 landing site - a small patch of Moon, on a disc 3,474.2 kilometres (2,158.8 miles) in diameter, hundreds of thousands of kilometres away.

This signal, when it bounced back, was collected by the Very Long Baseline Array. This is a collection of radio telescopes across the US, basically combining to create a continent-sized collecting dish.

The image below is the result. That divot in the top middle is a crater called Hadley C, about 6 kilometres across. Snaking past it is the Hadley Rille, thought to be a collapsed lava tube. 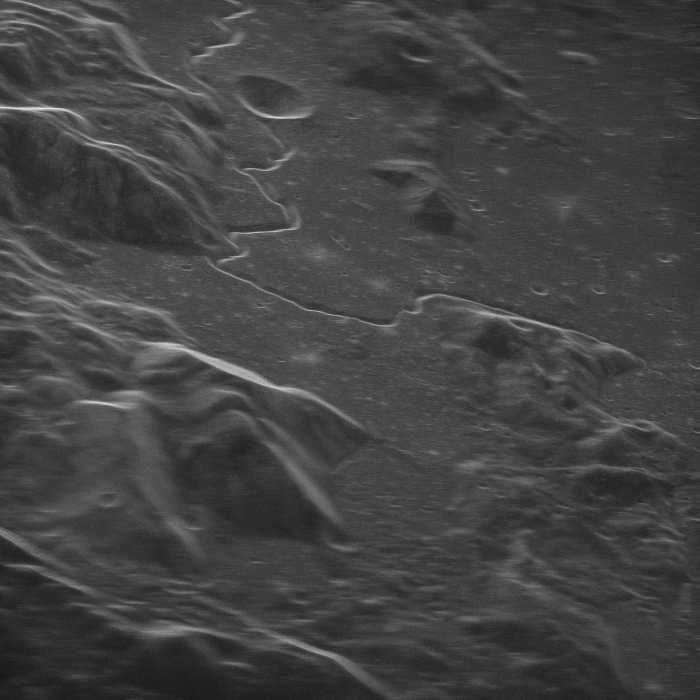 Believe it or not, though, this ain't even the half of it. Now that they have successfully proven the concept, the team will be working on an even more powerful transmitter: a 500-kilowatt, high-power radar system that will enable them to see in even more incredible detail.

This tool would be useful for all sorts of science. We could see our Moon more closely, sure. We could see other planets' moons. It could even be used to image passing asteroids and space debris, which are too faint to see using optical telescopes, but that we can probe using radar technology.

This could help us better understand the population of objects - both natural and anthropogenic - in near-Earth space, which in turn could aid in planetary defence against potentially hazardous objects.

"The planned system will be a leap forward in radar science, allowing access to never before seen features of the Solar System from right here on Earth," said site director Karen O'Neil of the Green Bank Observatory.

And if it gets us even more incredible pictures of the Moon, we're so here for it.