From a pile of seaweed to a packet of soy sauce.

The London startup Notpla has created a plastic alternative from seaweed that's biodegradable - and even edible. And it's hoping it could put a dent in the 300 million tons of plastic waste humans generate each year.

Notpla's natural plastic-like casing is biodegradable within four to six weeks, the company says, compared to the several hundred years it takes synthetic plastics to biodegrade.

The membrane is made from seaweed farmed in northern France. It's dried and ground down into powder, and then a secret recipe transforms it into a thick, gloopy fluid, which dries to form a plastic-like substance. 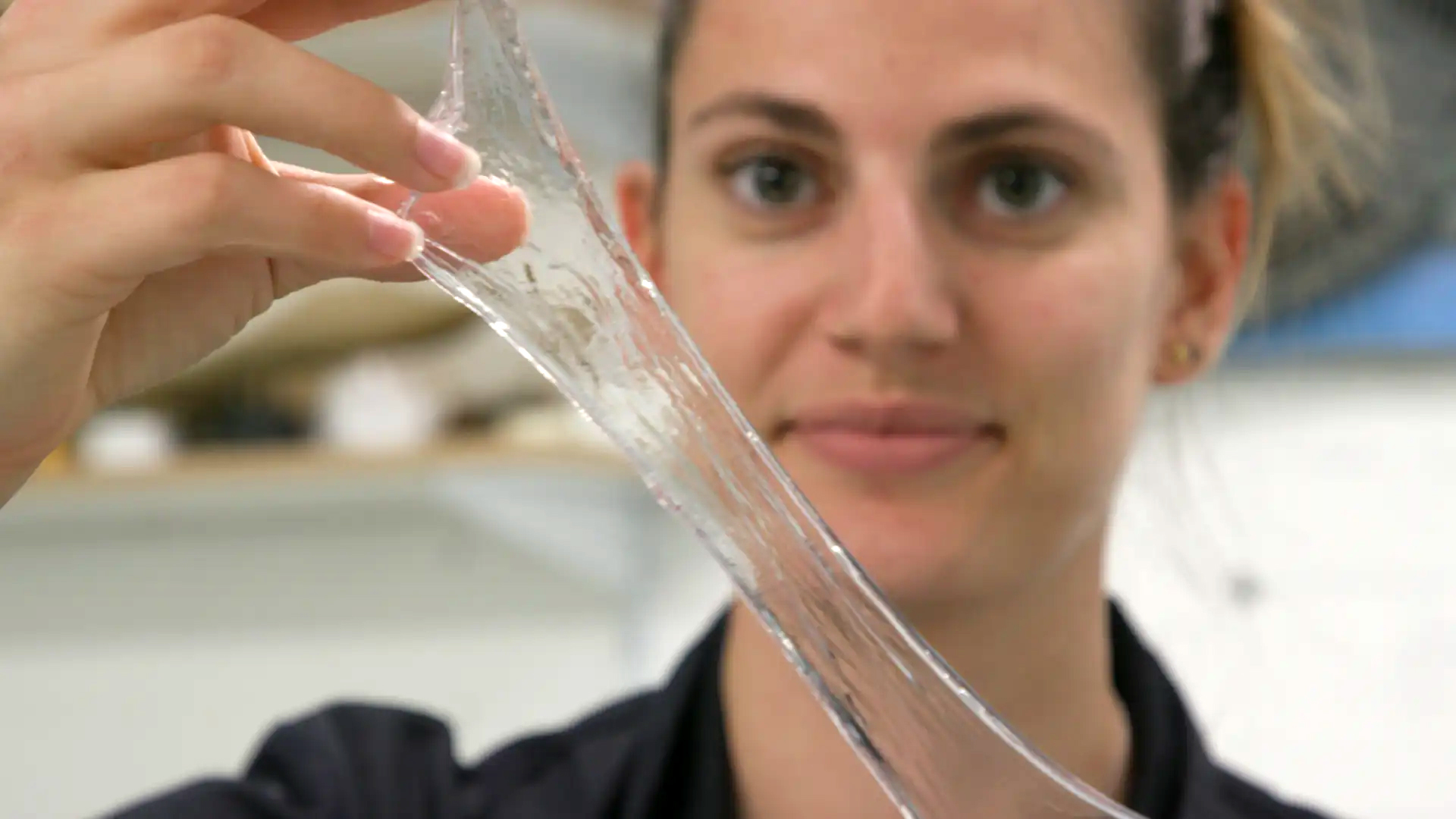 The company shot to fame five years ago with edible water pods that you swallow after use - they proved popular among runners at the London Marathon and other events. The company's now exploring other uses for the technology.

Seaweed is more eco-friendly than starch-based alternatives since it doesn't need land, or time, to grow.

"It's one of the resources that is the most abundant," Notpla cofounder Rodrigo Garcia said. "One of the seaweeds we use grows up to 1 metre per day. Can you imagine something growing that fast? You don't need fertiliser, you don't need to put water on it, and it's a resource that we have been using for a long time."

Later this year, Notpla is launching a new line of disposable food containers that are free from synthetic chemicals and are covered with a waterproof and greaseproof lining.

The cardboard completely decomposes in three to six weeks, compared to three months for untreated cardboard and hundreds of years for cardboard lined with a kind of plastic known as PLA.

"What we've done is replace the PLA with our natural material, so even if it does enter nature, it will degrade naturally like a piece of fruit or a vegetable," Juno Wilson, Notpla's projects and business manager, told Business Insider Today.

Notpla's pricing is private, but it sells products wholesale to companies whose customers value their eco-friendly credentials.

Single-use plastics are everywhere in our daily life, and account for more than half of the 300 million tons of plastic made every year.

That makes some people sceptical about what kind of impact these small-scale alternatives actually have.

One survey conducted by Everyday Plastic founder Daniel Webb revealed that we're throwing away even more plastic this year than last. And much of it about 8 million tons a year ends up in the ocean. And the pandemic has made the problem worse.

Notpla's founders see plastic use as a tough addiction that needs to be broken. They're working on new packets for food and drink, as well as clothes and screws for ready-to-assemble furniture.

"It's all about impact. We started this because we wanted to be part of a solution to this plastic crisis. That's what drives all this team," said cofounder Pierre Paslier. "So that's a really exciting problem to work on."