Fossilized Tsunami 'Megaripples' Reveal The Devastation From The Chicxulub Asteroid

In what's probably the most dramatic mass extinction in Earth's history, an asteroid collided with our planet 66 million years ago, extinguishing 75 percent of living species - including all non-avian dinosaurs.

Over the last few years, scientists have discovered many more traces of this cataclysmic impact, providing us with ever greater details of its extreme aftermath - from world-encircling dust to wildfires up to 1,500 kilometers (930 miles) from the impact site.

In 2019, a team found fossil records of the immediate hours after, including evidence of debris swept up by the resulting tsunami. Now, researchers have discovered enormous ripples, engraved by the tsunami in sediments 1,500 meters (5,000 feet) below what is now central Louisiana.

"The water was so deep that once the tsunami had quit, regular storm waves couldn't disturb what was down there," University of Louisiana geoscientist Gary Kinsland told Science News.

So there the imprint of the tsunami ripples remained, coated with a fine layer of air-fall debris previously chemically linked back to the asteroid crater in the Gulf of Mexico, near what is now the village of Chicxulub on the Yucatan Peninsula.

The megaripples were eventually preserved beneath deep water shale during the Paleocene epoch that followed.

Kinsland and colleagues found them by analyzing seismic imaging data for central Louisiana, gained from a fossil fuel company. They determined the imprinted ripple crests form a straight line right back to the Chicxulub crater and their orientation is consistent with the impact.

"These megaripple features have average wavelengths of 600 meters and average wave heights of 16 meters making them the largest ripples documented on Earth," the team wrote in their paper. 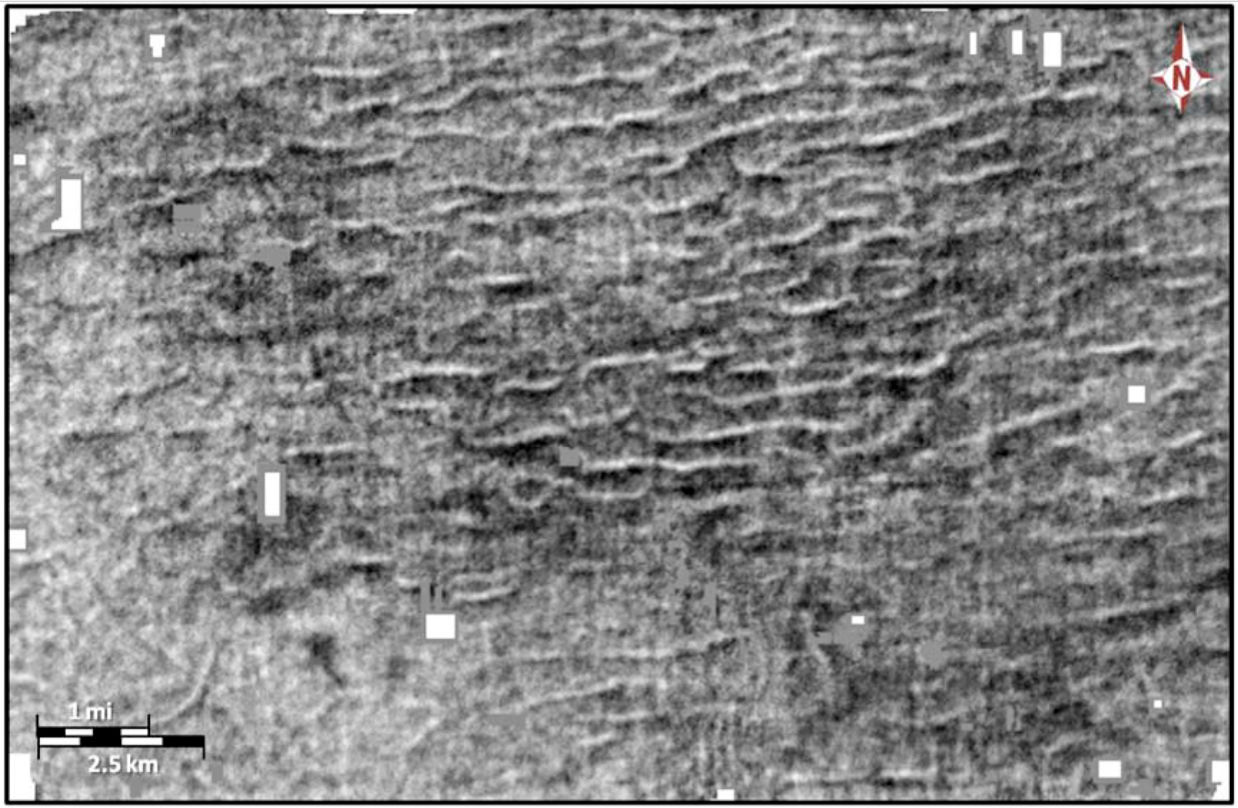 Previous modelling of this monstrous tsunami suggests its waves would have reached a staggering 1,500 meters high (nearly 1 mile) after the megaearthquake triggered by the collision, greater than 11 on the Richter scale.

The aftereffects would have been particularly devastating in the regions surrounding the impact site, sweeping sea life onto land and land life into the sea.

"Tsunami continued for hours to days as they reflected multiple times within the Gulf of Mexico while diminishing in amplitude," the team wrote. What carved out the ripples we can still detect today were the forces from the massive walls of water smashing into the shallow shelf near the shores, and reflecting back towards their source.

While the hellish waves would have wrought devastation for thousands of miles, it was the global effects of climate-disrupting atmospheric changes from the impact that wiped out so many species, abruptly ending the Mesozoic.

Kinsland and team suspect plenty more evidence of these post-collision tsunami ripples exists within seismic data around the Gulf of Mexico. Future studies could provide even more details about this dramatic event, piecing together the long history of life on our planet.

This research was published in Earth & Planetary Science Letters.