It's a towering problem, one to stump the most determined of milliners. You've carved almost 1,000 immense statues standing up to 10 metres (33 ft) tall. And now you want to put their hats on.

There's just one problem. The hats, like the graven colossi themselves, are hewn out of solid rock, and weigh several tonnes a piece. How on Earth could you ever lift and fit this hulking headwear?

This ancient puzzle is just one of many posed by the strange stone legacy of Easter Island, whose unflinching moai statues maintain their silent vigil long centuries after the mysterious collapse of the Polynesian Rapa Nui society that erected them. 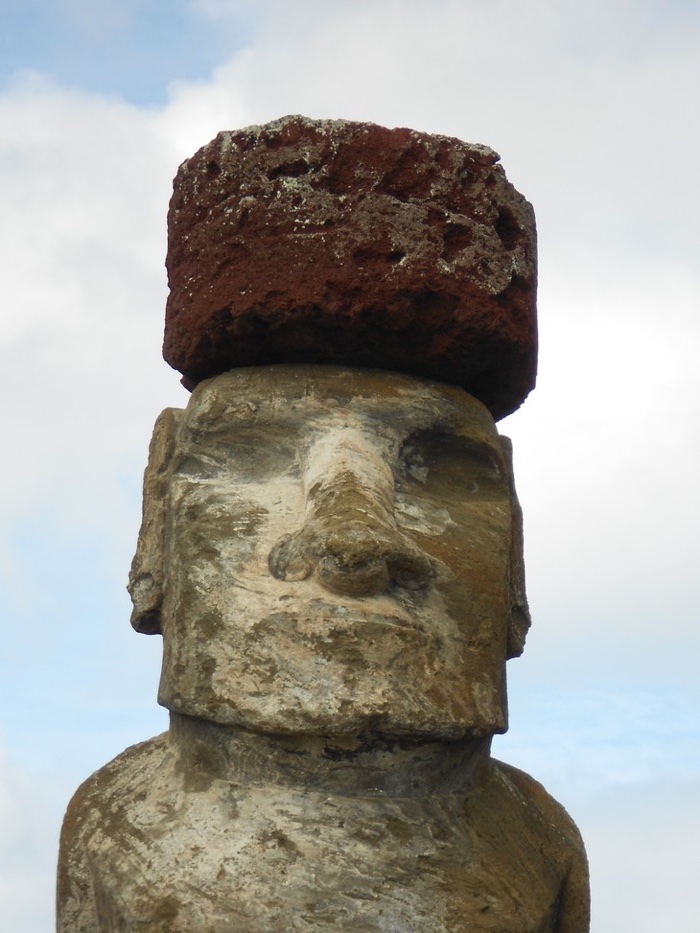 "Of the many questions that surround the island's past, two tend to stand out," explains anthropologist Carl Lipo from Binghamton University.

Researchers already solved the first part of the puzzle. For decades, archaeologists have experimented with various methods of 'walking' the moai – rocking replica statues from side to side along prepared paths, ever slowly inching the towering figures forward.

It's kind of like shuffling a fridge into a new kitchen (although decidedly more epic).

But what about the world's heaviest hats?

In a new study, Lipo and his team suggest that the cylindrical pukao – with diameters up to 2 metres (6.5 feet) and weighing 12 tonnes – may have been rolled across the island from the red scoria quarries they were cut from.

That's how they were transported to the moai, but to lift them onto the statues' elevated heads, props – and a little physics trickery – would be needed, with a ramp-and-ropes technique called parbuckling.

"In parbuckling, a line would have been wrapped around the pukao cylinder, and then people would have pulled the rope from the top of the platform," says Lipo.

"This approach minimises the effort needed to roll the [pukao] up the ramp. Like the way in which the statues were transported, parbuckling was a simple and elegant solution that required minimum resources and effort."

The solution may seem simple in hindsight, but to show that the hypothetical rig would have been workable for Rapa Nui islanders required building detailed 3D models of 50 pukao and 13 red scoria cylinders found on the island, and calculating how the huge hats may have been pulled up the inclined ahu platforms.

"Transport equations based on Newtonian physics, human strength estimates, and estimates of moai height and pukao mass at four different ahu verify that pukao transport by rolling up a ramp is physically feasible with 15 or fewer people," the researchers write, "even in the case of the most massive pukao (about 12 metric tonnes)."

This technique means it wouldn't have required huge number of peoples or resources to construct and assemble the moai and pukao, which helps discredit the view that the Rapa Nui may somehow have helped destroy their own civilisation through overpopulation taxing the island's natural resources.

"Instead, we see moai and pukao carving and their transport as vivid cultural expressions of groups in a challenging and competitive environment," the authors write.

"Multiple lines of evidence, including the ingenious engineering to 'walk' statues and top them with massive stone hats, point to Rapa Nui as an odd story of success in a most unlikely place." 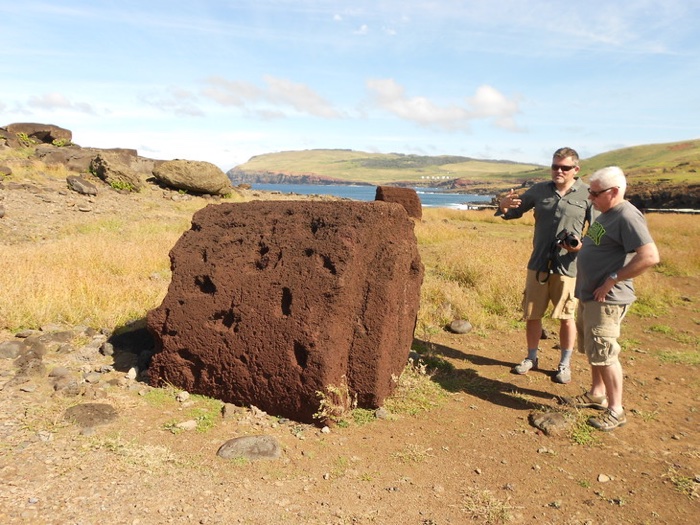 And yet, for all that ingenuity and coordinated effort, most of the pukao are sadly no longer affixed to the moai heads.

Centuries of weather, erosion, and animal activity have seen the majority of these rock hats fall back to Earth, where they rest crumbled and damaged around the island surface – which is one of the reasons you rarely see this monumental headwear in photos of the iconic statues.

Something to think about next time your hat blows off on a windy day.

The findings are reported in the Journal of Archaeological Science.