A Controversial Lost Tectonic Plate May Have Been Discovered by Geologists

Geologists agree that some 60 million years ago, the Farallon and Kula tectonic plates covered a vast area of Earth's surface across the Pacific Ocean, off the coast of North America. However, there's debate about whether a third plate existed, called Resurrection.

Now researchers at the University of Houston think they might have found the remains of Resurrection, hiding under northern Canada – crushed, reshaped, and buried through the processes of subduction, as tectonic plates slide into one another.

"We believe we have direct evidence that the Resurrection plate existed," says geologist Spencer Fuston. "We are also trying to solve a debate and advocate for which side our data supports."

Through some detailed scans of Earth's interior and computer modelling that winds the geological clock back to the early Cenozoic Era, the researchers have shown how Resurrection could have slotted alongside the Farallon and Kula plates. 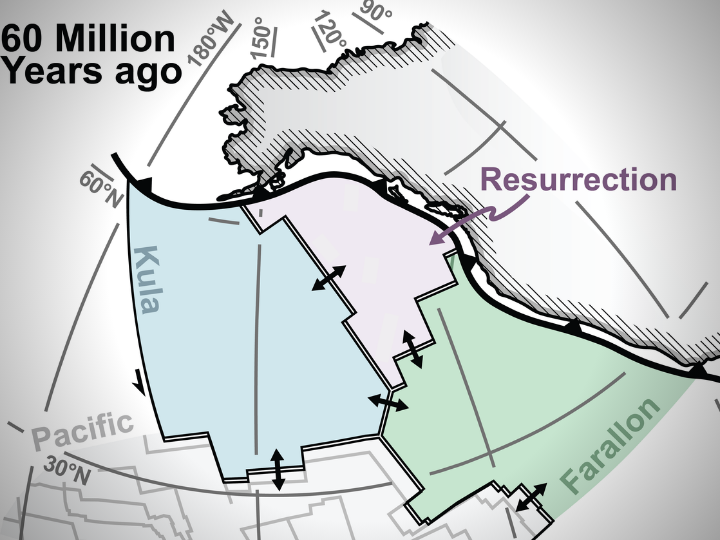 This isn't the first time that scientists have found signs of the existence of the Resurrection plate – named after the Resurrection Peninsula near Seward in Alaska – but so far the evidence has been less than conclusive.

In this case, the researchers analysed mantle tomography images, which work like CT scans of Earth. They were combined with a process known as slab unfolding, using 3D mapping to roll back the plate's transformations to bring back its original shape.

The animation below shows a reconstruction of plate tectonics from 60 million years ago (Ma) to today.

"When 'raised' back to the Earth's surface and reconstructed, the boundaries of this ancient Resurrection tectonic plate match well with the ancient volcanic belts in Washington State and Alaska, providing a much sought after link between the ancient Pacific Ocean and the North American geologic record," says geologist Jonny Wu, from the University of Houston.

As well as solving a tectonic mystery some 60 million years in the making, the discovery could also help in the modern day, by identifying mineral and hydrocarbon deposits, and helping improve the accuracy of volcano modelling.

"Volcanoes form at plate boundaries, and the more plates you have, the more volcanoes you have," says Wu.

"Volcanoes also affect climate change. So, when you are trying to model the Earth and understand how climate has changed since time, you really want to know how many volcanoes there have been on Earth." 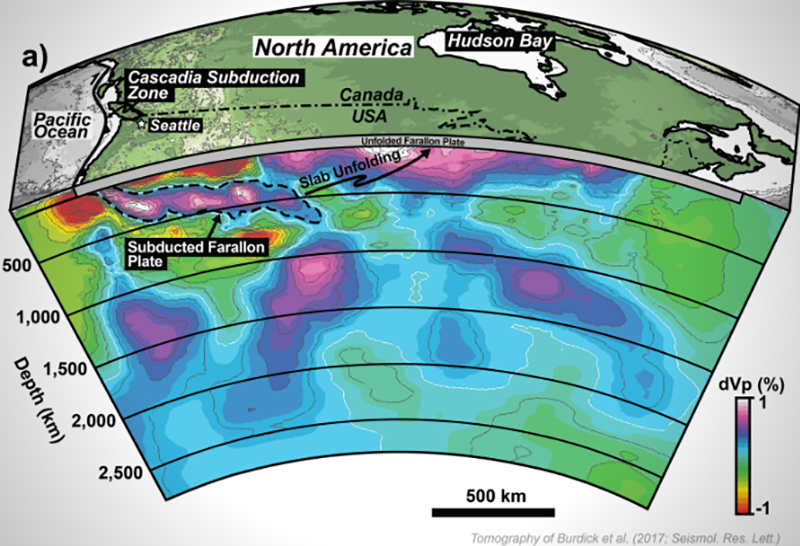 There remains plenty to discover about the tectonic history of the planet, with recent studies looking at the issues of the timescale for this geological evolution and how these tectonic plates developed in the first place.

And of course this shifting, sliding and subducting still continues on the surface of the planet today: researchers have identified major place activity under the Atlantic Ocean and in the northwestern US.

According to the researchers' calculations, the edges of what they say is the Resurrection plate match up with well-known areas of volcanic activity, bolstering the idea that the plate remnants spotted under northern Canada are indeed Resurrection.

The research has been published in GSA Bulletin.