The end-Permian mass extinction (EPME) was quite the mass extinction event, wiping out 80-90 percent of land and sea species – and researchers have now identified a new contributing factor to this period of devastation.

More informally known as the Great Dying, the EPME is the most severe extinction event our planet has ever seen. Previous research has identified a series of huge volcanic eruptions as the primary cause of the event, with volcanic ash increasing temperatures, carbon dioxide levels in the atmosphere, and ocean acidification.

It's also among the more mysterious of extinctions. While it's clear a series of volcanic eruptions in Siberia play a crucial role, the details on 'how' they unleashed such destruction are a little muddy. The geological record provides no shortage of clues, pointing to possibilities of a spike and drop in oxygen, an unusual release of volatiles, a loss of ozone, and ocean chemistry changes.

A new study has added yet another potential cause, this time generated by an entirely different set of volcanoes in South China.

This doesn't discount existing suggestions. Rather, it could all be one big, complex scene of carnage.

"As we look closer at the geologic record at the time of the great extinction, we are finding that the end-Permian global environmental disaster may have had multiple causes among marine and non-marine species," says geologist Michael Rampino from New York University. 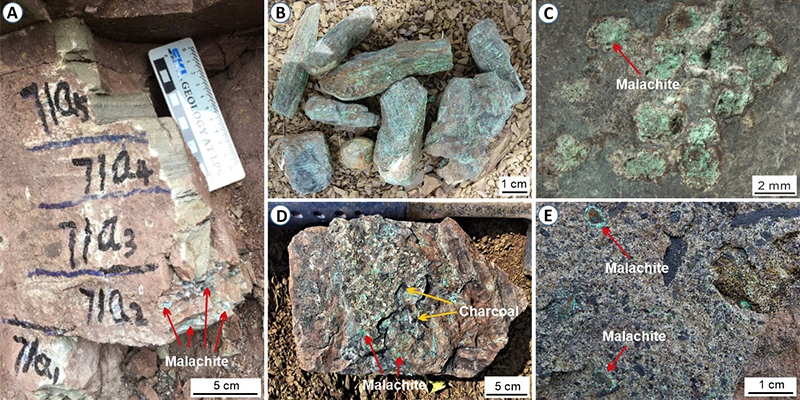 The researchers found copper, mercury, and other mineral deposits in southern China that matched up with the EPME in terms of their age. The chemical and isotopic composition of these deposits suggests that these minerals were exposed to sulfur-rich emissions.

That, in turn, points to volcanic eruptions and layers of volcanic ash settling on these rocks at this particular time in Earth's history, some 250 million years ago. These clouds of sulfuric acid particles would have blocked out sunlight, cooling the Earth's surface.

The researchers suggest that a volcanic winter period would have drastically lowered temperatures around the globe, possibly preempting the longer period of warming that would follow – giving animals, insects, and marine life a double threat to their existence.

"Sulfuric acid atmospheric aerosols produced by the eruptions may have been the cause of rapid global cooling of several degrees, prior to the severe warming seen across the end-Permian mass-extinction interval," says Rampino.

In contrast, the gigantic lava flows from the eruptions in Siberia – technically known as the Siberian Traps large igneous province or STLIP – would have released enough carbon dioxide to warm the planet and substantially reduce ocean oxygenation.

These two contemporary events show the dual cooling and warming effects that major volcanic events can have: their impact depends on factors including how powerful and widespread the eruptions are, how high in the atmosphere the volcanic cloud reaches, and how much sulfur dioxide is in it – this gets converted into sulfate aerosols, which are very effective at blocking sunlight.

That cooling scenario seems to have been what happened before the effects of the Siberian Traps eruptions hit – and it means scientists are looking at a more complex combination of events making up the EPME.

"These uncertainties have led to suggestions that outgassing from the STLIP alone may have been insufficient to trigger the global climate and environmental changes associated with the EPME event," write the researchers in their published paper.