A Rare Planetary Alignment Is About to Happen. Here's How You Can See It

Seeing the planets of the Solar System aligned in a neat line is one of many awe-inspiring stargazing experiences we can get – and this month you could have a chance to see it with your own eyes.

From the middle of the month, when viewed from the Northern Hemisphere, you'll be able to see Saturn, Mars, Venus, and Jupiter all lined up in an almost-perfect planetary alignment in the pre-dawn sky. 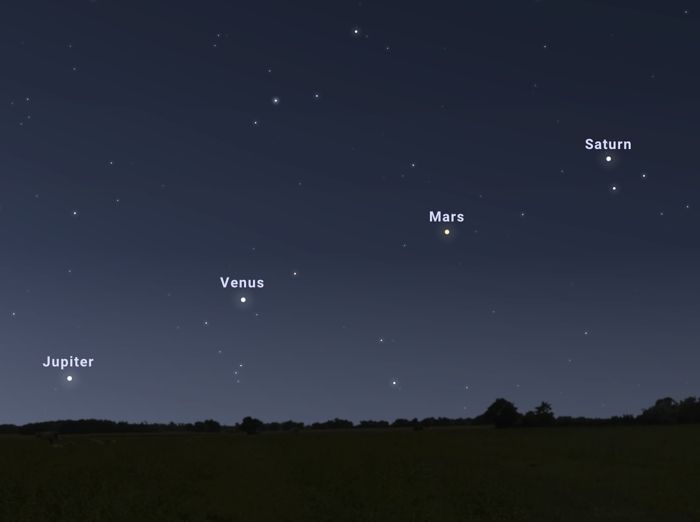 There, on the horizon, provided viewing conditions are good, you should be able to make out all four planets aligned in a celestial row, although as some have pointed out, Jupiter's proximity to the horizon could make it a bit harder to make out.

As keen stargazers likely already know, Saturn, Mars, and Venus have actually been clustering together since late March, but it won't be until mid-April that Jupiter will join the party.

A few days later – on around April 23 – the alignment is set to become even more spectacular, with the Moon lining up to join the party on the right. 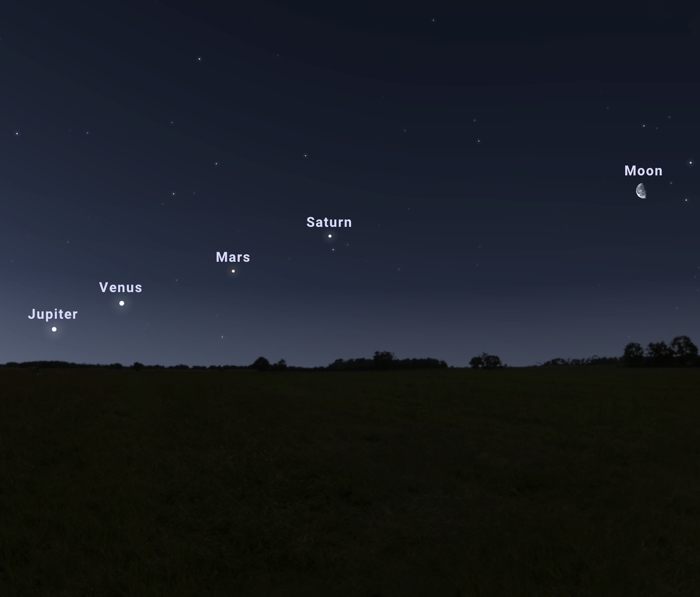 When heavenly bodies align like this, it happens only in Earth's skies, of course. Viewed from a different location in space, the position of each planet would be completely different.

The Solar System is effectively flat, with each planet orbiting the Sun within the same plane, so any perceived alignment is just a trick of perspective, depending on where and when you are.

Nevertheless, planetary alignments are an amazing thing to witness, and they don't happen very often – at least not with alignments involving as many planets as this.

That said, this month's alignment, while rare itself, is really just an appetizer for an even more incredible event set to take place in June this year.

On June 24, all of the other planets of the Solar System – Mercury, Venus, Mars, Jupiter, Saturn, Neptune, and Uranus – will join together in an even grander planetary alignment, although you'll probably need binoculars or a telescope to see Neptune and Uranus; the alignment will also stretch out over a greater section of the sky, making it harder to discern or photograph.

Despite these challenges, major planetary alignments like this one, visible to the human eye, are very, very rare, and have only occurred three times since 2005, so you don't want to miss it.

"We don't always get this opportunity," astronomy educator Michelle Nichols from Chicago's Adler Planetarium told Live Science. "Sometimes, it's one or two in the sky; a lot of times, it's none."