Doses of the drug ketamine administered to sheep during research into Huntington's disease have revealed new insights into how the anaesthetic works on the brain to create its pain-numbing and dissociative effects.

Most strikingly, when the animals were given high doses at one stage of the experiment, electroencephalography (EEG) readings of their cortical activity appeared to show brain activity turning off completely, in an instant.

This complete cessation of cortical EEG activity – a phenomenon that the team says has never previously been described – lasted for up to several minutes in the test subjects, before their brain activity roused once more.

"This wasn't just reduced brain activity. After the high dose of ketamine the brains of these sheep completely stopped. We've never seen that before," says neurobiologist Jenny Morton from the University of Cambridge.

"A few minutes later their brains were functioning normally again – it was as though they had just been switched off and on." 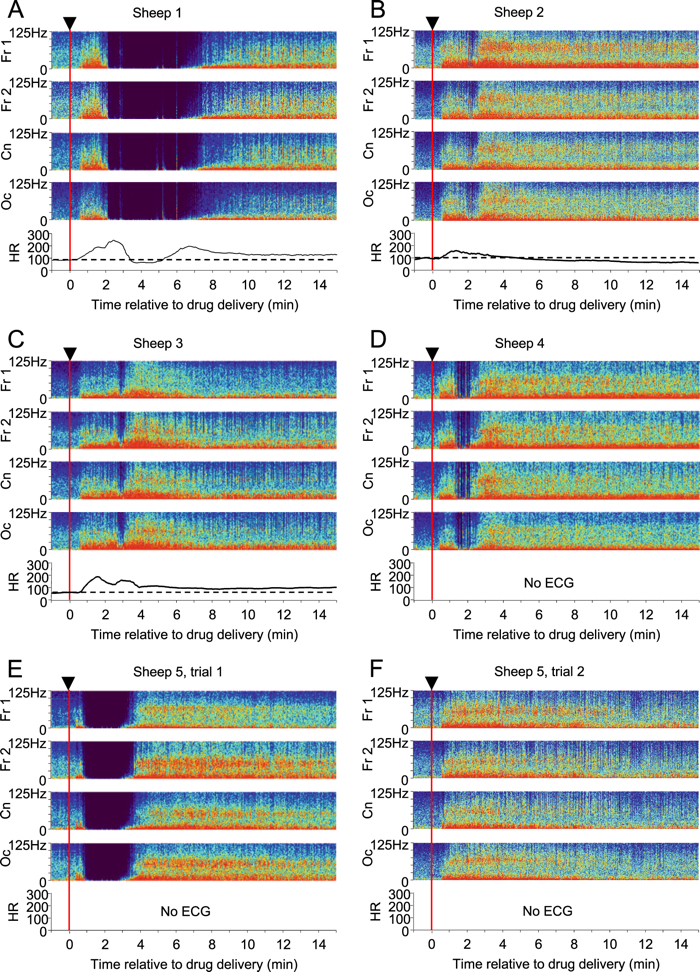 The findings underscore how much we have yet to learn about the effects of ketamine on brain activity. The neuroactive drug was first synthesised in the 1960s, and has been used in the decades since as a pain-relief medication and sedative for both human patients and animals.

In recent years, ketamine has also shown promise in treating a range of other conditions, including depression, post-traumatic stress disorder, and migraines.

More notoriously, in high doses the substance has long been popular as a recreational drug that induces a strong dissociative and sometimes catatonic state, often called the 'K-hole' – a "state of oblivion likened to a near death experience", as Morton and fellow researcher Alister Nicol write in their new study.

"Subjective effects include perceptual distortions, sensations of floating, vivid dreams or illusions, distortion of sense of time and space, and alterations in mood state and body awareness," the researchers explain.

"At a sufficiently high dose, both awareness of self and surroundings, and interactions with others become profoundly impaired."

While the primary aim of the team's larger research project is to explore how therapeutic drugs act on the brain in a sheep model of Huntington's disease, the findings reported here come from experiments using only healthy sheep – albeit animals with EEG devices surgically implanted onto their skulls, for the purposes of recording the brain's electrical activity.

"Our purpose wasn't really to look at the effects of ketamine, but to use it as a tool to probe the brain activity in sheep with and without the Huntington's disease gene," says Morton. "But our surprising findings could help explain how ketamine works."

In the study, which lasted a number of months, the sheep were given different levels of ketamine doses, ranging from very low (3 milligrams per kilogram of body weight) up to the highest dose given of 24 mg/kg (which is at the high end of the anaesthetic range, and the low end of when the drug is used for recreational purposes).

During the second phase, as the animals emerged from sedation, the researchers identified an alternating oscillatory state in the brain readings, where the output of the whole cortex switched between bursts of low and high frequency oscillations.

"While the subjective experience of sheep cannot be determined," the authors write, "the clinical and psychic profile of ketamine administration is very well described in humans, and the timing makes it likely that this 'oscillation of oscillations' underlies the dissociative state caused by ketamine."

That's not all. At the highest doses given (24 mg/kg), the researchers observed an even more remarkable response, with EEG activity ceasing completely in five of the six sheep tested – a phenomenon the researchers called the 'EEG hole', occurring two minutes after the drug was delivered.

"To our knowledge, this is the first report of such an effect," the team explains. "It seems likely that the total cessation of cortical activity underpins the phenomenon known as the 'K-hole'."

As Morton explained to Inverse, the EEG hole doesn't necessarily mean that all brain activity had stopped. If so, the animals might have stopped breathing. Instead, the plummeting EEG reading just reflects a very strange cessation of the usual electrical activity we can detect in the brain during normal circumstances.

"The activity in the cortex in some of the sheep stops completely for a short time," Morton told Inverse. "But the brain is not dead or damaged."

Within a few minutes, the EEG hole lifted, and the sheep displayed brain activity otherwise consistent with the phases of the drug seen at lower doses.

While we still don't know how ketamine exerts these unusual effects on the brain, the researchers say exploring the drug's physiological mechanisms could help us learn more about how the brain works as a whole – which is especially important in the context of brain disorders, such as schizophrenia.

"Understanding how different brain regions engage and disengage is key to understanding the function of neural networks," the authors write.

"Ketamine-evoked changes in the EEG provide an interesting tool for studying such networks, not only in the normal brain but also in neurological diseases in which cognitive and psychiatric disorder are prominent."