We know that by wearing masks, we can help reduce the transmission of COVID-19, and we know that not every type of face mask is equally good at blocking viral droplets when we cough, sneeze, talk – or even simply breathe. But how can we really know for sure?

Aside from simply believing manufacturers' claims, if you wanted to somehow test different masks against one another to compare how much protection they offer in the real world, how would you go about it?

New research from scientists at Duke University shows you don't actually need all that much to devise a test. In a proof-of-concept study, they cobbled together a simple, low-cost laser device, and conducted an experiment comparing 14 different types of masks and face coverings. 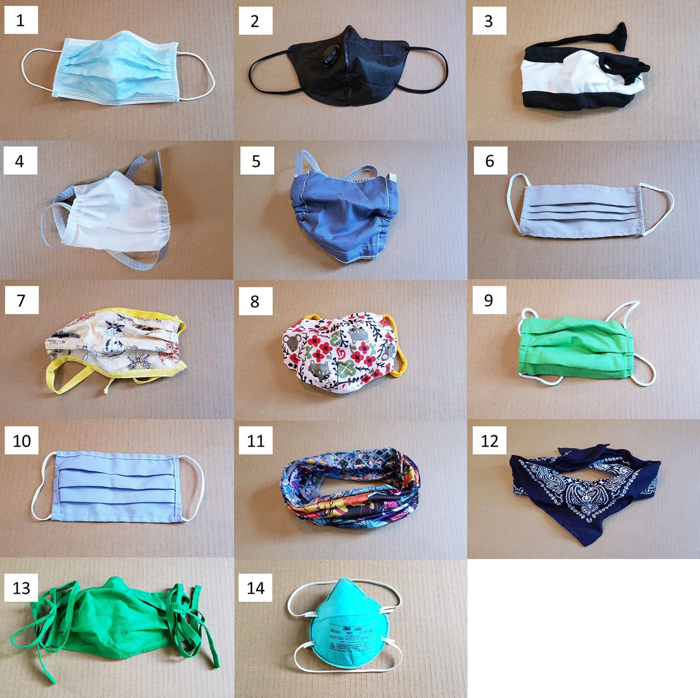 "The fundamental question is, how well does a specific mask type prevent droplets from spreading," lead researcher and molecular imaging specialist Martin Fischer says in a press Q&A.

The question is particularly relevant in the coronavirus pandemic, given many people have taken to buying fabric masks online, or making their own masks at home.

While the general consensus from experts is that all of these kinds of loose-fitting masks should help reduce COVID-19 transmission – which is why face coverings are mandated in many places around the world right now – most of the mask testing to date has been done on things like surgical masks and fitted N95 masks, and not on loose fabric masks or face coverings.

"Surgical masks are commonly worn by medical personnel and have received a fair amount of testing in clinical settings," Fischer says.

"But as far as we know, there was no quick, easy, and cost-effective way to demonstrate the effectiveness of such a wide variety of other mask types."

To fill that void, Fischer and his team devised an easy-to-make, inexpensive laser experiment, which can be used to test how different kinds of masks block tiny droplets that come out of people's mouths when they speak.

In the experimental setup, a lens turns an optical laser into a sheet of light. This light sheet, shone through a dark enclosure (made up of cardboard sheets and duct tape), reveals when droplets pass through it, with the results being filmed by a mobile phone camera.

In experiments, people would speak toward the sheet of light, saying the phrase "Stay healthy, people", while wearing 14 different kinds of face masks and coverings.

"We confirmed that when people speak, small droplets get expelled, so disease can be spread by talking, without coughing or sneezing," Fischer says.

"We could also see that some face coverings performed much better than others in blocking expelled particles."

The results showed that fitted N95 masks blocked the greatest amount of droplets released by the person speaking, followed by surgical masks, then masks made with polypropylene.

However, all sorts of other masks, including cotton masks and even knitted ones, showed an ability to block droplets, as did a valved version of the N95 mask, which didn't score as well as the fitted N95 mask due to its exhaust valve.

"These valves are closed when breathing in, but can open when speaking, hence letting out unfiltered air," Fischer says.

Most surprising, however, were the results at the bottom of the table. In terms of blocking droplets, bandanas were among the less effective, but worst of all is wearing a neck fleece, which the researchers found is actually worse than not wearing any kind of facial covering. 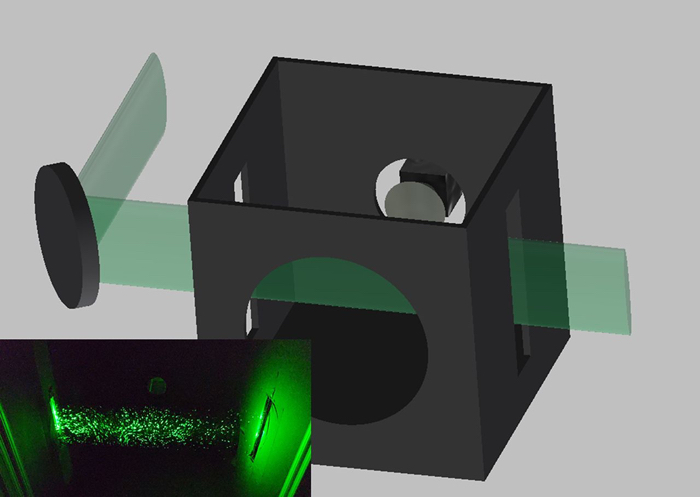 That sounds counter-intuitive – and likely warrants further examination – but the researchers think the neck fleece actually makes droplets proliferate in the air.

"Common sense would dictate that wearing anything is better than wearing nothing – this was not the case here," Fischer says.

"We observed that the number of droplets increased when the speaker put on the neck fleece. We believe that the material of our fleece breaks down large droplets emitted during speaking into several smaller ones. This could make wearing such a mask counterproductive, since smaller droplets have an easier time being carried away by air currents and endangering nearby persons."

Of course, the researchers are eager to emphasise that the focus of the study is actually the low-cost testing method they developed, not their own test results of which masks are the most and least effective – as the same kind of testing could be conducted more robustly and more systematically than in the proof-of-concept study here.

That said, their own testing is certainly food for thought, highlighting again that not every mask is equal, and if you really want to protect other people and help to reduce the spread of coronavirus, you really need to think about what you're putting on your face.