Looking up at space reminds us that everyone and everything on Earth is stuck together on a big space rock that's drifting through an infinite black void.

Unfortunately, terrestrial concerns like work, dinner, and getting enough sleep tend to keep us facing down.

Thankfully, some people not only take the time to appreciate the night sky, but are also talented enough to capture its thrilling splendor in mesmerising pictures that remind us of our cosmically fragile existence.

The Insight Astronomy Photographer of the Year competition, now in its 10th year, honours that spirit with an epic distillation of "the most beautiful and spectacular images of space and the cosmos", according to the Royal Observatory Greenwich, which hosts the contest.

For this year's event, judges reviewed more than 4,200 entries from 91 countries before settling on 11 winning images.

The overall winner is shown above. The picture netted photographer Brad Goldpoint nearly US$13,000 in prize money.

It's a long exposure titled "Transport the Soul", and it shows the Milky Way galaxy (right), Moon (center), and the tripod-wielding astrophotographer himself (left) perched on the lip of a desert canyon in Moab, Utah.

Here are the other 10 award-winning images announced this week, along with a handful of striking runners-up.

1. In this image of an active galaxy more than 25 million light-years from Earth, each colour represents different ages of stars. Reds are ancient stars while blues reveal young, hot stars.

"Even artists' impressions of galaxies don't come close to this," a judge said of the winning image.

2. This shot of the total solar eclipse of 2017 also shows planet Mars (right) and the bright star Regulus (to the left of the eclipse).

'Sun King, little King, and God of War' was photographed from Unity, Oregon. 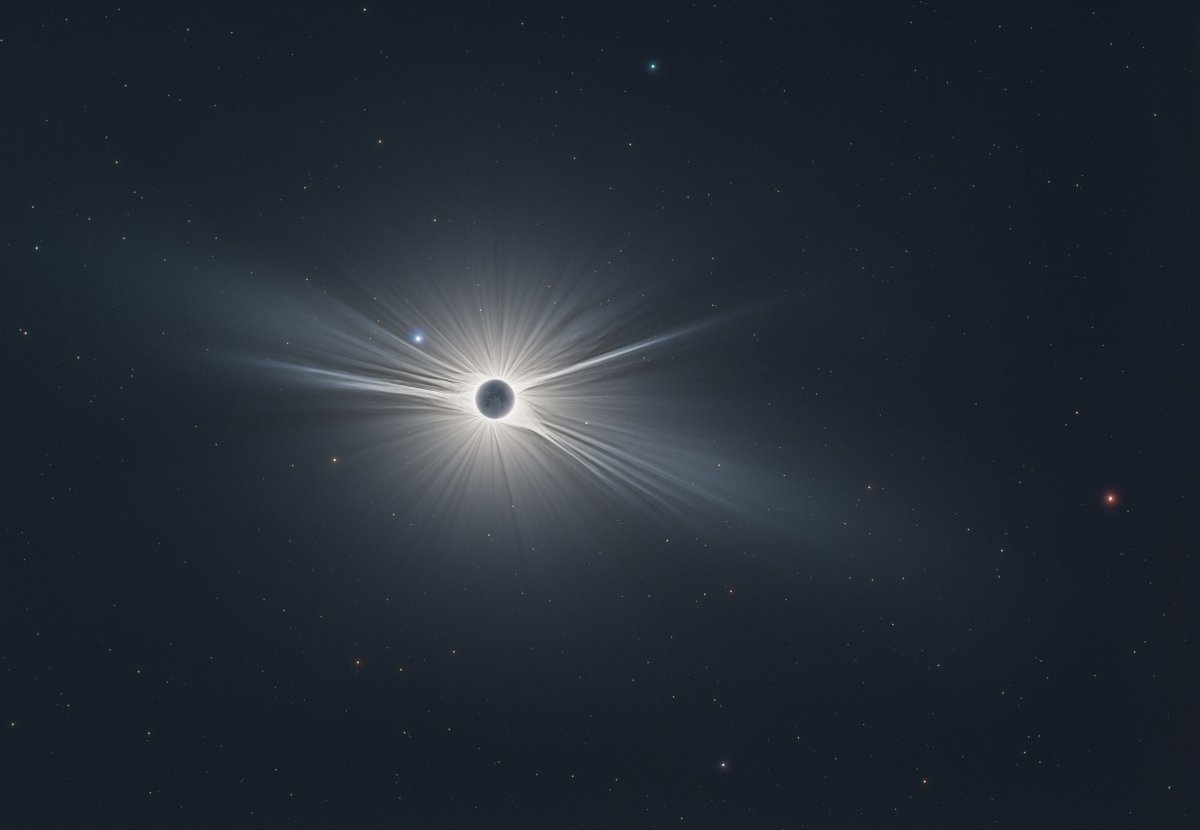 3. A telescope's view of the "Sea of Tranquility" on the Moon, where astronauts landed in July 1969.

One judge said the colours reveal "qualities of the Moon's soil and contouring, which is at once incredibly beautiful, abstract and highly informative."

'Inverted colours of the boundary between Mare Serenitatis and Mare Tranquilitatis' was photographed from Barcelona, Spain.

'Two comets with the Pleiades'.

5. This dreamy, pastel-infused image blends together a series of photos of the same region of sky, taken over half a winter season. Cities glow below, and the semi-circular streak at the top is the circumpolar star Almach.

'Circumpolar' was photographed from Gatyatető, Hungary. 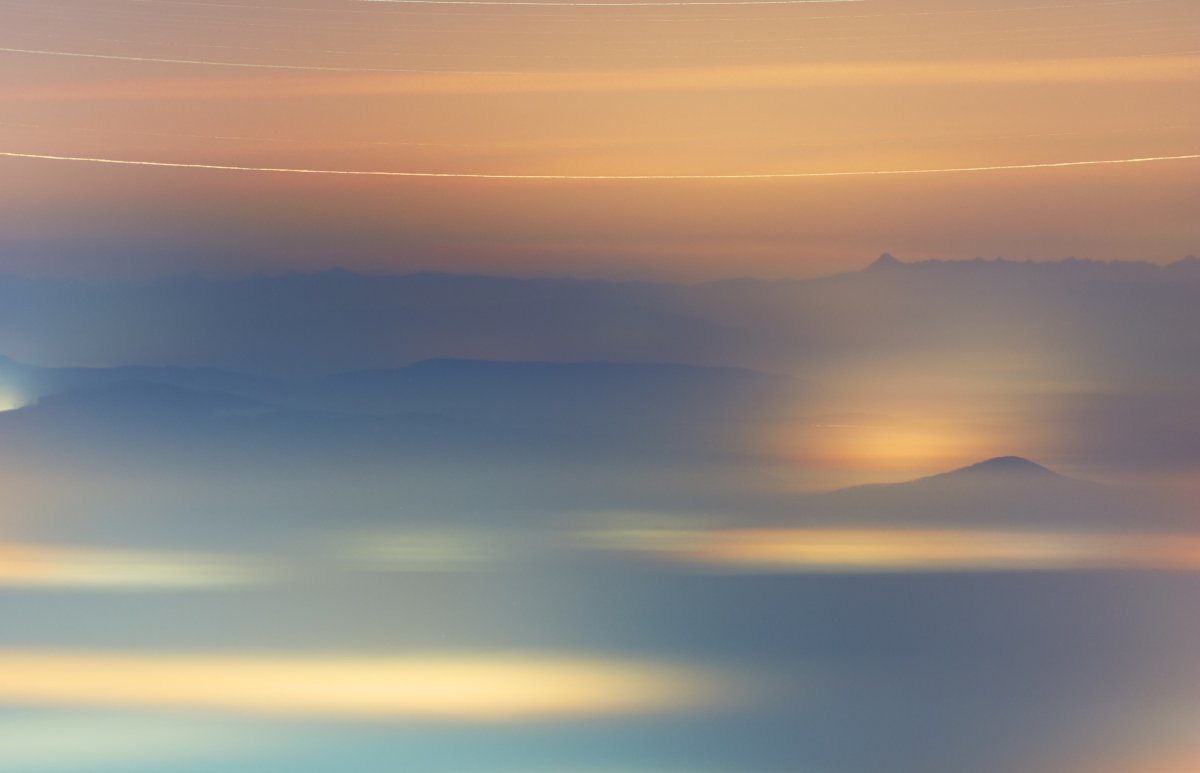 6. This unique view looks up into an aurora. One judge said the picture "reminds me of one of the end scenes in '2001 [A Space Odyssey]'."

'Speeding on the Aurorae Lane' was photographed from Sirkka, Finland. 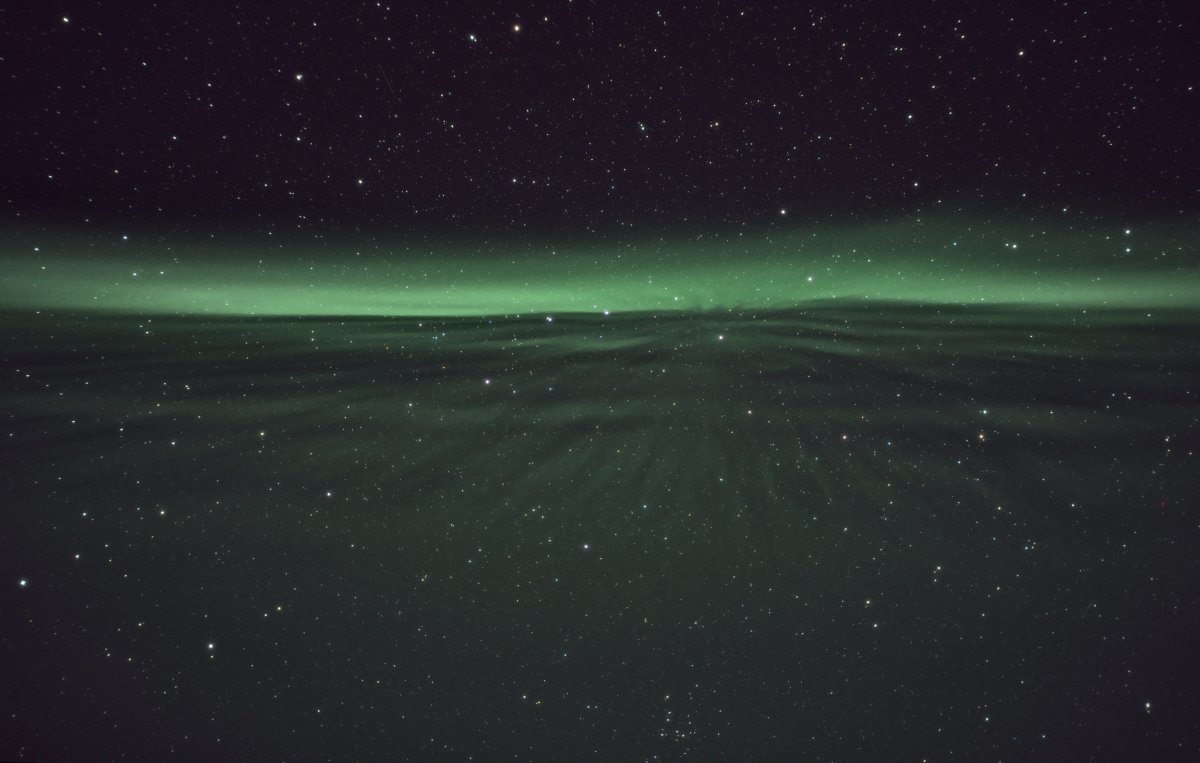 7. Radio dishes designed to study the sun seem to gaze at the Milky Way galaxy in this picture.

8. Venus is mostly a featureless planet, given its thick and choking-hot atmosphere. But when the sun angle is just right, it can look majestic.

'The Grace of Venus' was photographed from Hertfordshire, UK. 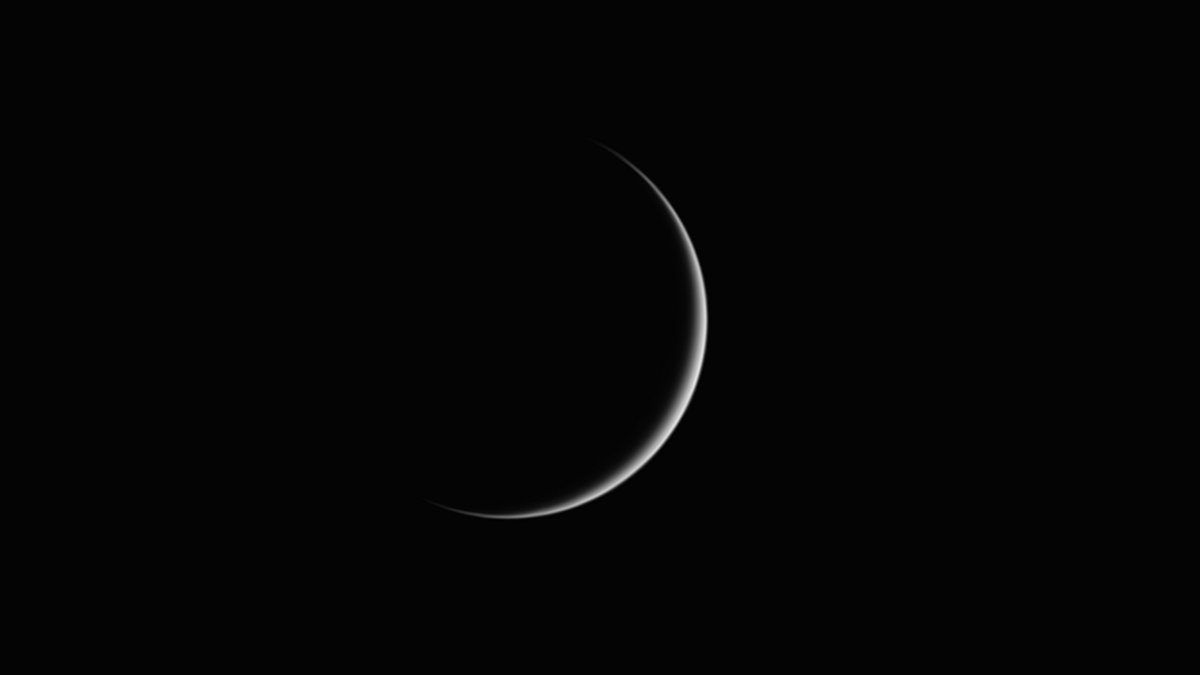 9. Dust and gas in this central nebula has a striking 3D appearance against a backdrop of stars.

10. A 15-year-old took this image just before dawn. The Moon is at top-left and a shooting star at the right.

"With a painterly style and beautiful composition, this photograph has a quality that is beyond the years of the photographer," one judge said. 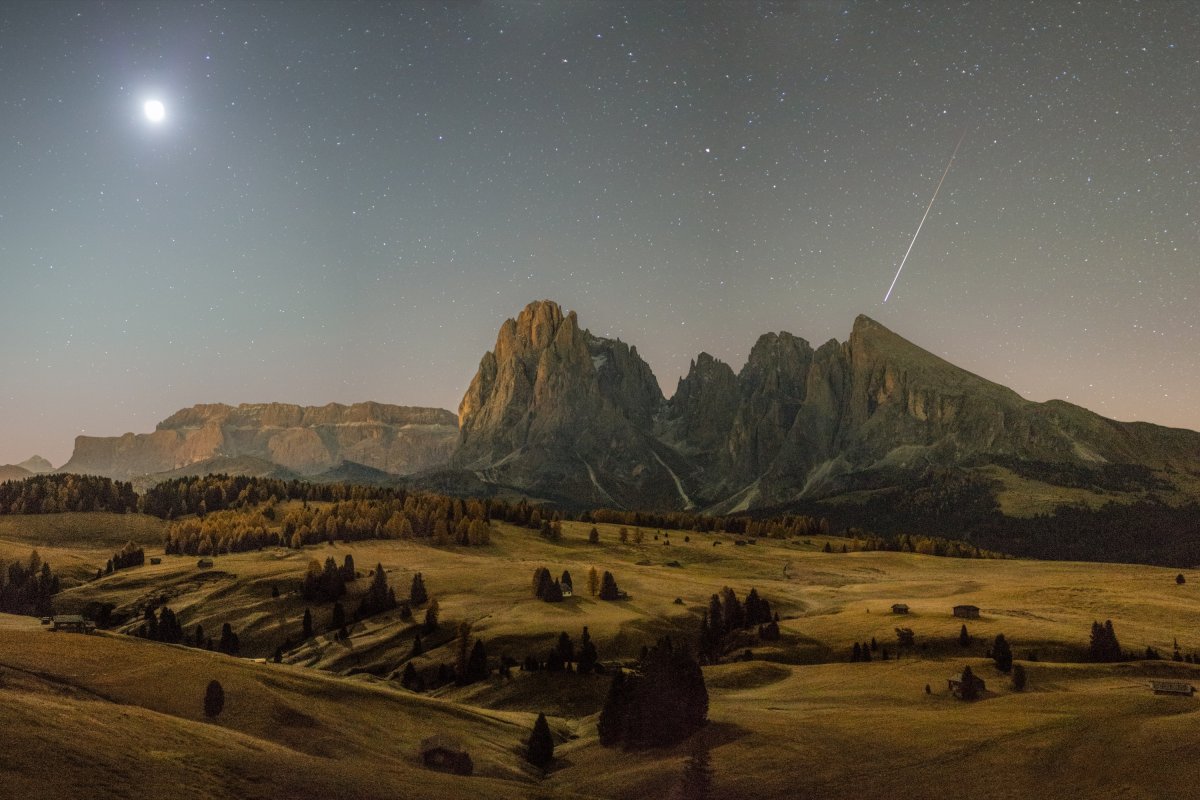 11. Beyond those 11 prize-winning photos, the contest also honored runners-up as well as "highly commendable" images, like this shot. The image shows an aurora and the Moon as seen from a chilly archipelago.

'Aurorascape' was photographed from northern Norway.

12. A prominence of plasma leaps out of the sun in this runner-up picture. The same region of the solar surface blasted out a powerful solar flare just hours before this image was taken.

13. This runner-up image of a total lunar eclipse was photographed over four hours on January 31, 2018. Light refracted around the Earth paints the surface of the Moon a rusty red-orange colour at the height of the eclipse (center). 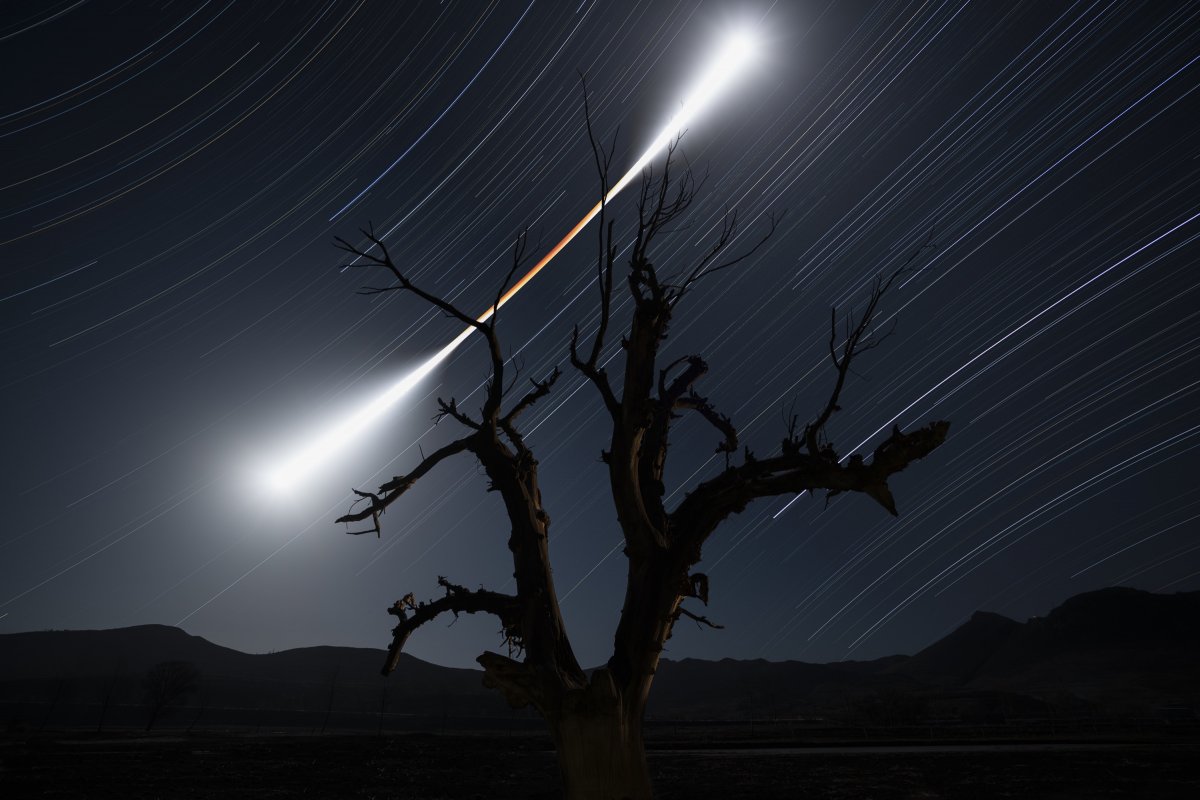 14. This picture, which won a "highly commended" recognition, shows the Lambda Centauri Nebula: a nursery for young stars located about 5,900 light-years form Earth. 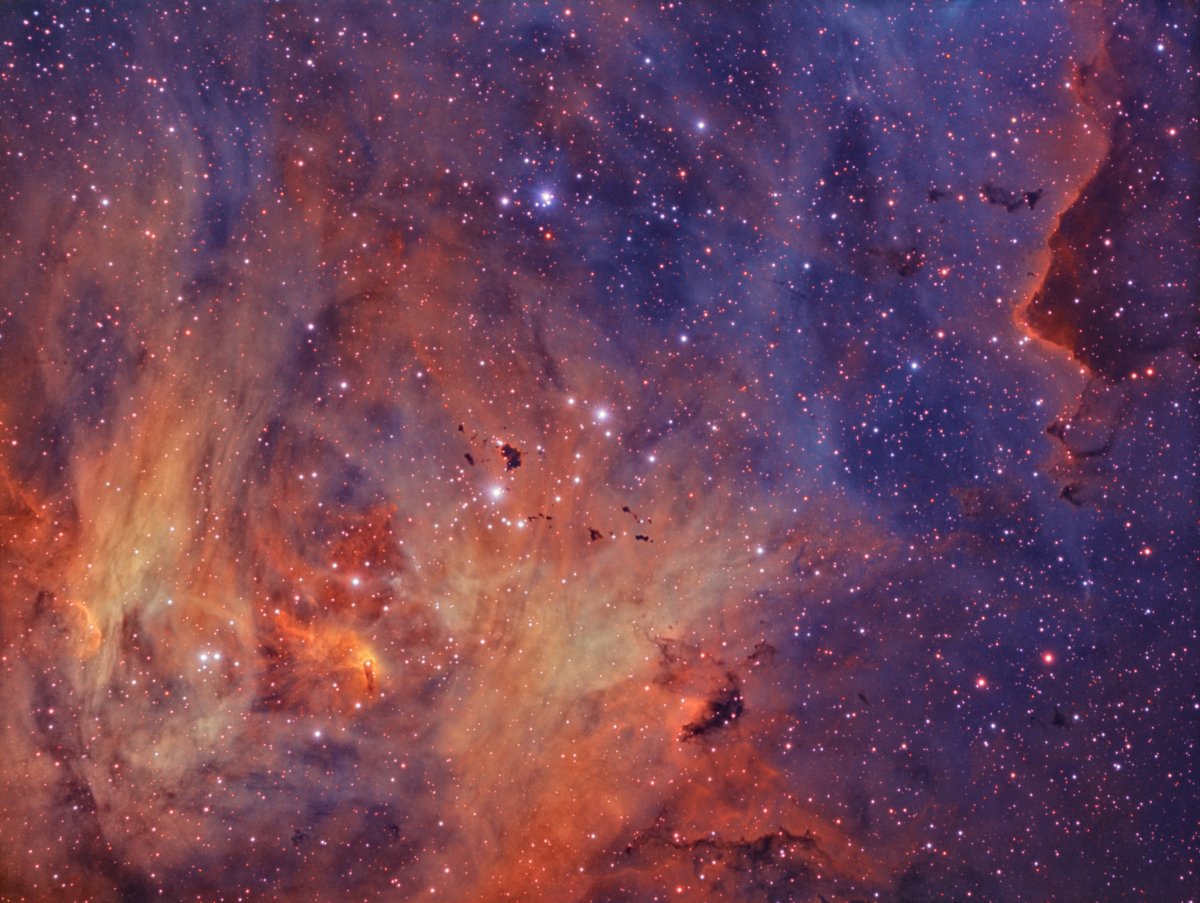 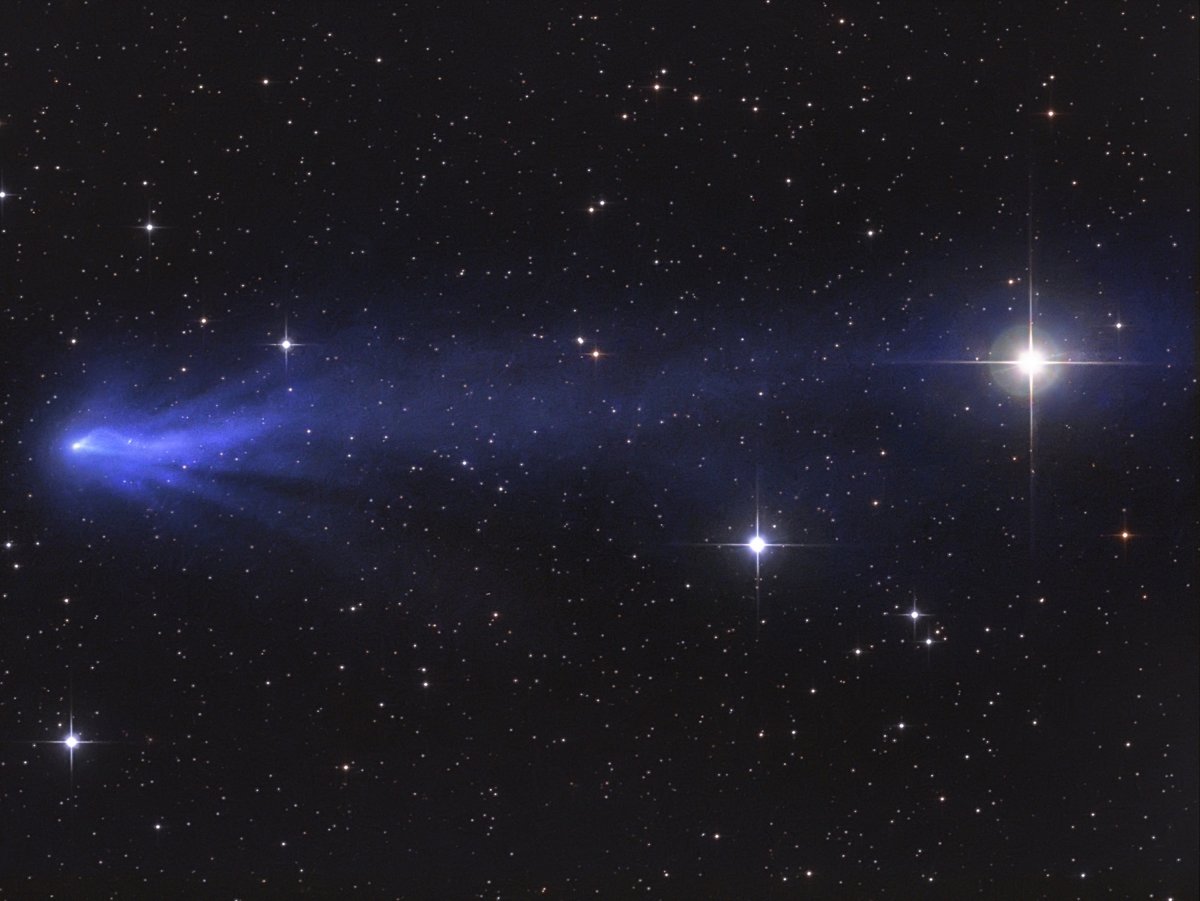 16. Auroras infrequently push into the UK, but when they do, a spectacular sight awaits. In this runner-up picture, Moonlight illuminates a field while auroras in the background glow behind the hills. 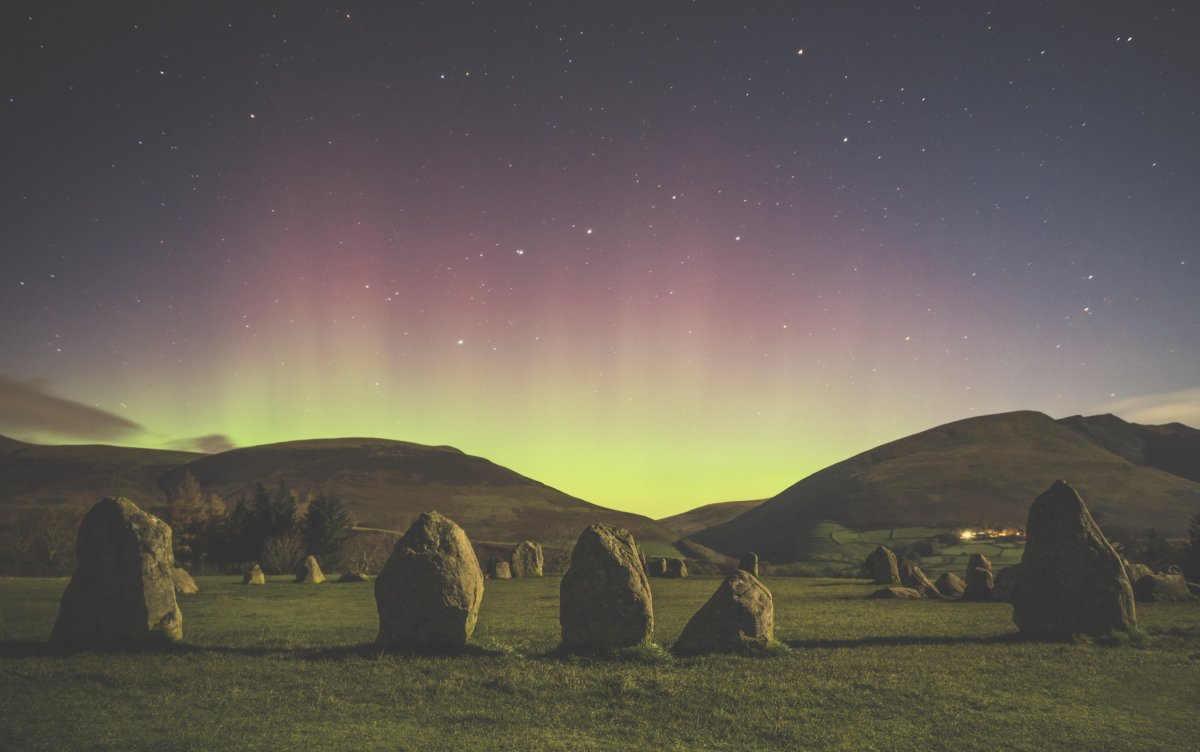 17. The Moon's crescent phase is a great time to see the sun cast shadows across lunar craters and mountains. This photo was highly commended.

'From the dark side' was photographed from Budapest, Hungary. 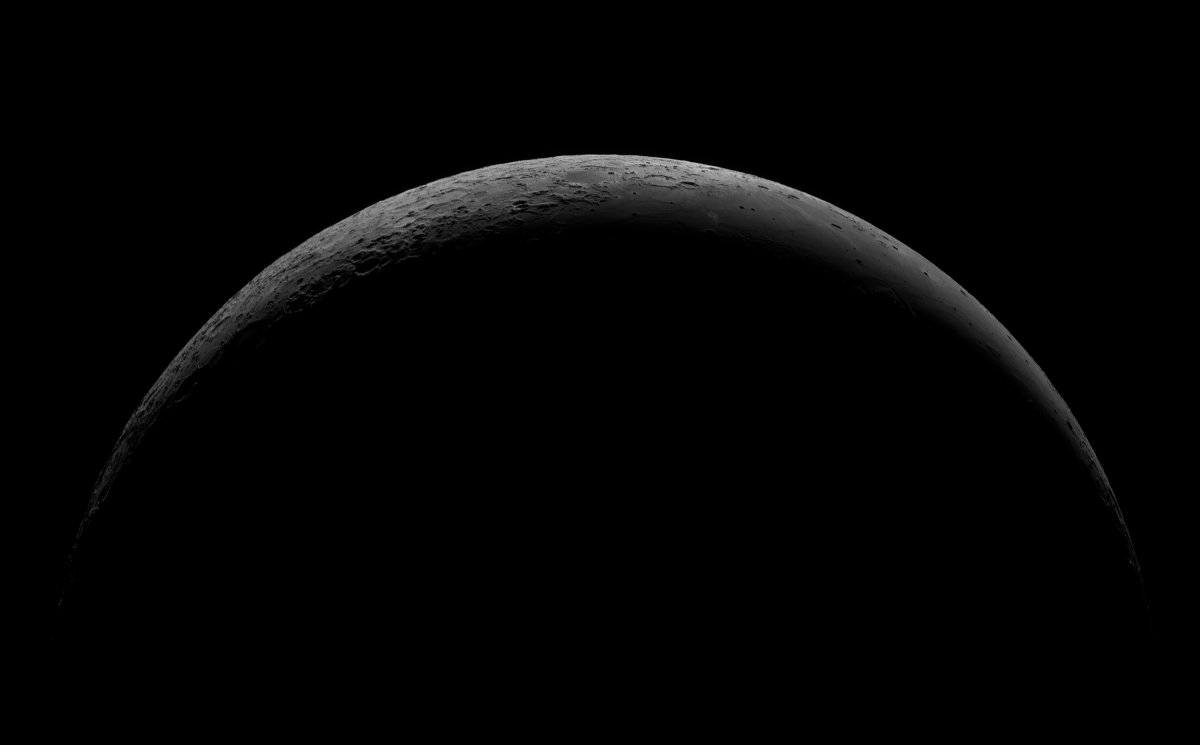 'From Mirach' was photographed from Castilla-La Mancha, Spain.

19. Rigel - the seventh-brightest star in the sky, and part of the Orion constellation - shines brightly near the Witch Head Nebula in this runner-up photo.

'Rigel and the Witch Head Nebula' was photographed from Namibia. 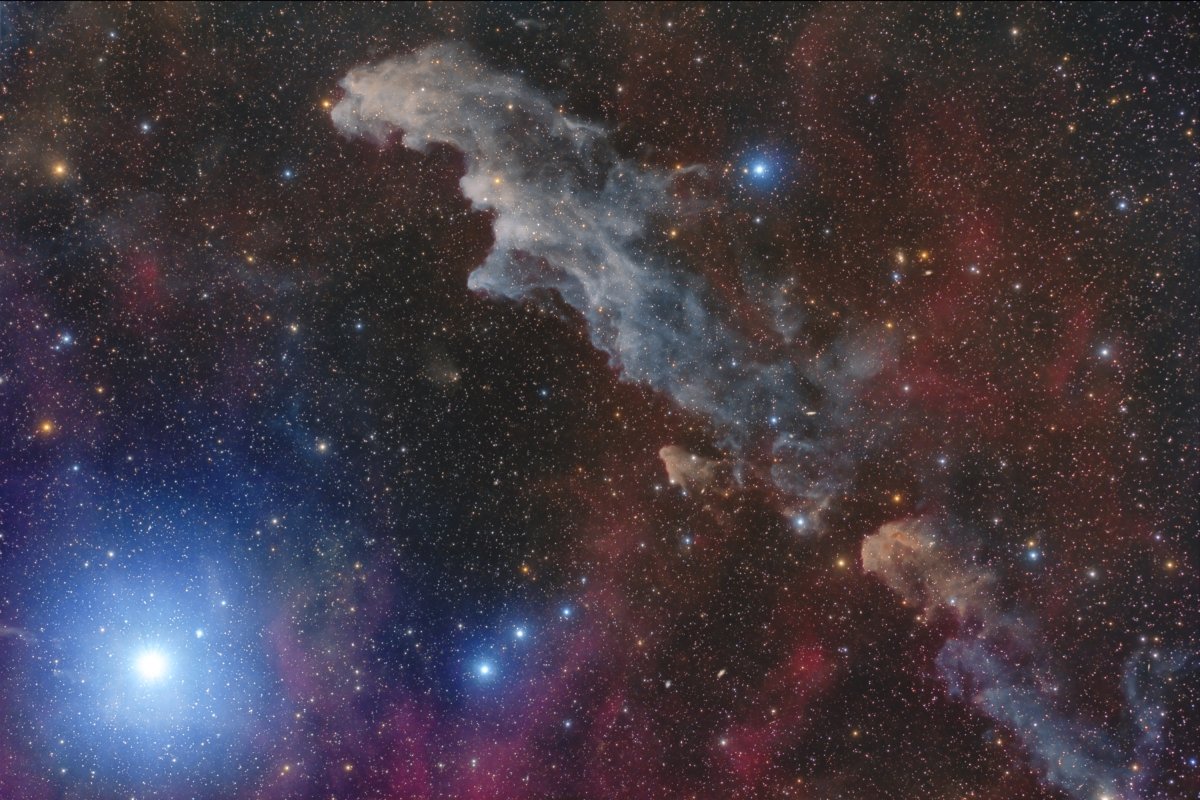 'Midnight glow over Limfjord' was photographed from Nykøbing Mors, Denmark.

21. This runner-up shows the solar system's seven planets as photographed from the same location over the course of a year.

They're not to scale - instead they're shown at the size they'd appear through a telescope. Left to Right: Mercury, Venus, Mars, Jupiter, Saturn, Uranus, and Neptune.

'Parade of the Planets' was photographed from Hertfordshire, UK.

22. The winter sky shines brightly in this highly commended image. It shows the Milky Way galaxy crossing through the foreground of Sycamore Gap - part of a Roman-era structure called Hadrian's Wall.

'Me versus the Galaxy' was photographed from Northumberland, UK.