On the grand cosmic scale, our little corner of the Universe isn't all that special – this idea lies at the heart of the Copernican principle. Yet there's one major aspect about our planet that's peculiar indeed: Our Sun is a yellow dwarf.

Because our home star is what we know most intimately, it would be tempting to assume that yellow and white dwarf stars (FGK dwarfs) are common elsewhere in the cosmos. However, they're far from the most multitudinous stars in the galaxy; that particular feather belongs in the cap of another type of star – red dwarf (M dwarfs).

Not only do red dwarfs make up as much as 75 percent of all stars in the Milky Way, they are much cooler and longer-lived than stars like the Sun. Much, much longer lived.

We expect our Sun to live around 10 billion years; red dwarf stars are expected to live trillions. So long, in fact, that none have yet reached the end of their main sequence lifespan during the entire 13.4 billion years since the Big Bang.

Since red dwarfs are so abundant, and so stable, and since we shouldn't automatically consider ourselves to be cosmically special, the fact we're not orbiting a red dwarf should therefore be somewhat surprising. And yet, here we are, orbiting a not-so-common yellow dwarf.

This, according to a paper by astronomer David Kipping of Columbia University, is the Red Sky Paradox – a corollary to the Fermi Paradox, which questions why we've not yet found any other forms of intelligent life, out there in the big wide Universe.

"Solving this paradox," he writes, "would reveal guidance for the targeting of future remote life sensing experiments and the limits of life in the cosmos." 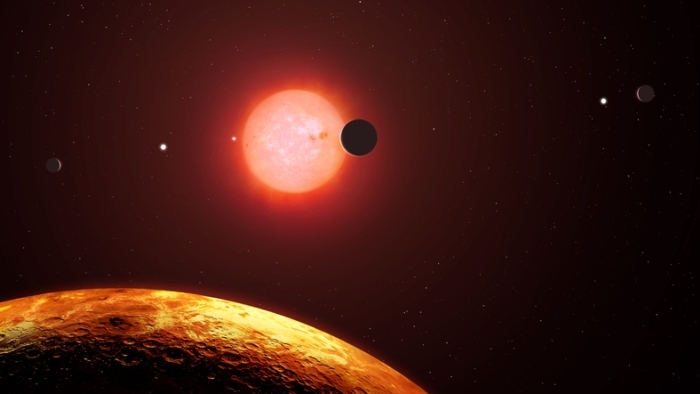 Red dwarf stars are an attractive prospect for the search for extraterrestrial life. They don't burn as hot as Sun-like stars, which means any exoplanets orbiting them need to be closer to reach habitable temperatures. In turn, this could make any such exoplanets easier to find and study, since they orbit their stars more frequently than Earth does the Sun.

Indeed, astronomers have found quite a few rocky exoplanets – like Earth, Venus and Mars – orbiting red dwarf stars in this habitable zone. And some of them are even relatively close. It's tantalizing stuff, and it certainly seems like red dwarf stars ought to host life at least somewhere, which is why astrobiologists are looking.

In his paper, Kipping lays out four resolutions to the Red Sky Paradox.

Resolution I: An Unusual Outcome

The first is that, well, we're just a freaking oddball. If the rates at which life emerges around both star types are similar, then Earth is an outlier, and our emergence orbiting the Sun was just a random, one in 100 chance.

That would create tension with the Copernican principle, which states that there are no privileged observers in the Universe, and that our place in it is pretty normal. For us to be outliers would suggest that our place is not so normal.

This answer is not impossible, but nor is it a particularly satisfying one. The other three resolutions provide answers that are not only more satisfying, they could actually be testable.

Under this resolution, Kipping argues that yellow dwarfs are more habitable than red dwarfs, and, as a consequence, life emerges far less often around red dwarfs – around 100 times less. There's lots of theoretical evidence supporting this idea. Red dwarfs, for instance, tend to be rowdy, with lots of flare activity, and don't tend to have Jupiter-like planets.

"Much theoretical work has questioned the plausibility of complex life on M dwarfs, with concerns raised regarding tidal locking and atmospheric collapse, increased exposure to the effects of stellar activity, extended pre-main sequence phases, and the paucity of potentially beneficial Jupiter-sized companions," Kipping wrote.

"On this basis, there is good theoretical reasoning to support resolution II, although we emphasize that it remains observationally unverified." 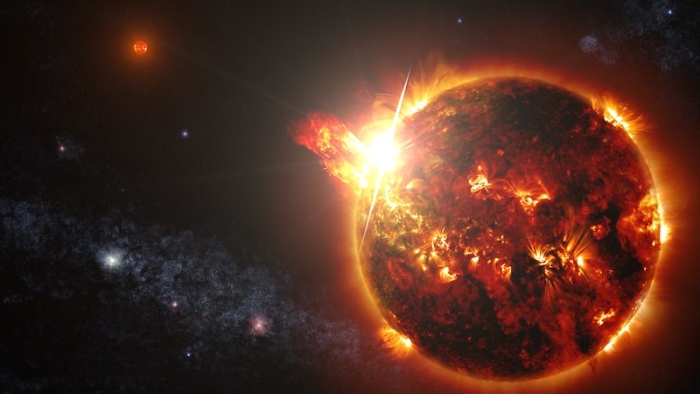 Here, the argument is that life simply hasn't had enough time to emerge around red dwarf stars.

This may seem counter-intuitive, but it has to do with the pre-main sequence phase of the star's life, before it starts fusing hydrogen. In this state, the star burns hotter and brighter; for red dwarfs, it lasts about a billion years. During this time, a runaway permanent greenhouse effect could be triggered on any potentially habitable worlds.

This could mean that the window for complex biology to emerge on rocky planets on white and yellow dwarfs is a lot longer than it is on red dwarfs.

Finally, although around 16 percent of red dwarfs with exoplanets are listed as hosting rocky exoplanets in the habitable zone, perhaps these worlds are not as common as we thought. Our surveys sample the most massive red dwarfs, because they're the brightest and easiest to study; but what if the titchy ones, about which we know relatively little, don't have habitable zone rocky exoplanets?

Since the low-mass red dwarfs are, in fact, the most numerous, this could mean that habitable zone rocky exoplanets are 100 times less common around red dwarfs than they are around yellow dwarfs.

"In this case, intelligent life is rare amongst the cosmos and spawns universally between M- and FGK-dwarfs, but habitable worlds are at least two-orders of magnitude less common around M-dwarfs than FGKs," Kipping wrote.

"Two orders-of-magnitude is a considerable difference making this a particularly interesting explanation. This would require that the vast majority of many known Earth-sized, temperate planets around M-dwarfs are somehow inhospitable to life, or that the late-type M-dwarfs (low mass end) rarely host habitable worlds." 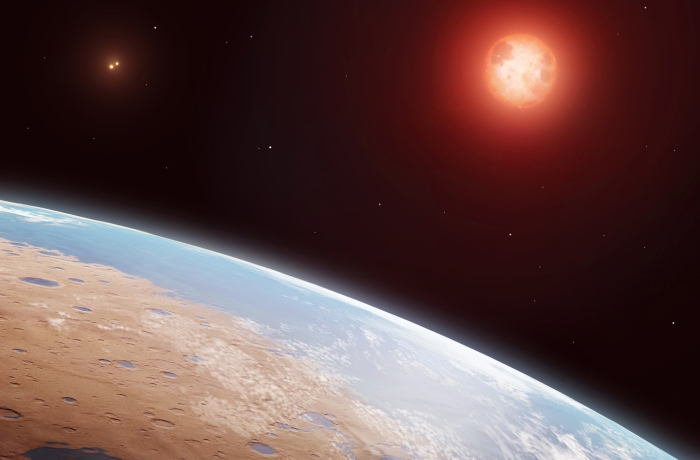 It's even possible that the answer lies in several of these resolutions, which would allow the effect in any one area to be less pronounced. And we might be able to obtain confirmation soon. As our technology improves, for instance, we will be able to better see the lower-mass red dwarf stars, and look for planets in orbit around them.

Having done that, if we find rocky exoplanets, we can take a closer look at their potential habitability, determining if they orbit in the habitable zone, and if life there could have been stymied by stellar processes.

"Ultimately," Kipping wrote, "resolving the red sky paradox is of central interest to astrobiology and SETI, with implication as to which stars to dedicate our resources to, as well as asking a fundamental question about the nature and limits of life in the cosmos."