A gigantic fleet of floating rocks, spewed up from an underwater volcano in the Pacific Ocean, floated across the waves for thousands of miles. Eventually, it made it all the way to Australia, then started on a new project: revitalising the world's largest (and very threatened) coral reef system.

This unlikely chain of events may sound somewhat incredible, but it's an entirely true story – one that has played out dramatically over the last year, while highlighting the surprising, largely unseen ways in which Earth's natural environmental systems intersect with one another.

Stranger still, it's not the first time this has happened. An eruption in 2001 from the same submarine seamount – a nameless volcano, simply dubbed Volcano F or 0403-091, located near the Vavaʻu islands in Tonga – produced a similar rocky flotilla, which also voyaged on the currents to Australia over the space of a year.

When this phenomenon occurs, it creates what's called a pumice raft – a floating platform composed of countless chunks of buoyant and highly porous volcanic rock.

Each one of these small rocks attracts marine organisms, including algae, barnacles, corals, and more. These tiny travellers end up hitching a ride across the ocean, and they can help seed and replenish endangered coral systems at their ultimate destination: for many, the Great Barrier Reef.

"Each piece of pumice has its own little community that has been transported across the world's oceans – and we have had trillions of pieces of this pumice floating out there following the eruption," says geologist Scott Bryan from the Queensland University of Technology in Australia.

"Each piece of pumice is a home, and a vehicle for an organism, and it's just tremendous. The sheer numbers of individuals and this diversity of species is being transported thousands of kilometres in only a matter of months is really quite phenomenal."

Bryan knows a thing or two about these pumice migrations. He's been studying the volcanic rafts for 20 years, investigating the 2001 eruption, its 2019 successor (which started washing up on Australian shores in April), and other underwater eruptions as well.

His most recent study, published last month, examined the 2012 eruption of the Havre Seamount, also in the South Pacific – estimated to be the largest underwater volcano eruption ever recorded, broadly equivalent to the most powerful volcanic eruption on land in the 20th century.

That event produced a gigantic raft of pumice rock that ended up dispersing over an area twice the size of New Zealand – in addition to littering the seafloor with giant chunks of pumice the size of vans. 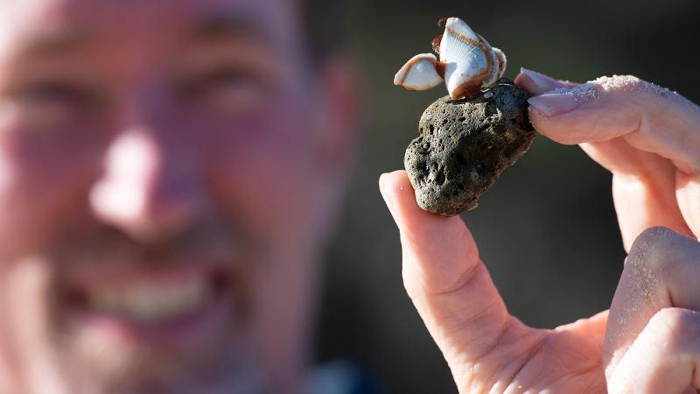 "We don't understand why some pumice sinks during the eruption at the location and others can float for many months and years on the world's oceans," Bryan says, but further analysis could fill in the gaps.

"This will help us understand the mechanisms and dynamics of these explosive eruptions and understand better why these eruptions produce potentially hazardous pumice rafts."

Potentially hazardous is right. Last year's eruption from Volcano F produced some stunning video of what it looks like to sail into these gargantuan rafts, which resemble giant oil slicks, only made of up undulating rocks that seem to go on forever.

These surreal, floating formations aren't inherently dangerous by themselves, but they could have the potential to damage boats, and can smother coastlines in some circumstances, as another video from this year attests.

For now, though, researchers are hopeful Volcano F's latest delivery will do some good for the Great Barrier Reef off Australia's coastline, which is besieged by coral bleaching as the world's oceans heat up due to climate change.

While the organisms carried on the flotilla of rock can help replenish reef ecosystems, scientists are eager to emphasise they are not a silver bullet.

"This is about a boost of new recruits, of new corals and other reef-building organisms, that happens every five years or so. It's almost like a vitamin shot for the Great Barrier Reef."

And possibly much further afield too. The 2019 pumice raft – which a year ago measured approximately 20,000 football fields in size – can now be found all the way along the Australian east coast from Townsville in Queensland's north to northern New South Wales: spreading out over more than 1,300 kilometres of coastline.

It's a massive dispersion, stemming from a single event far beyond the horizon, and one which serves to remind us of the links between what perhaps only seem like disparate marine ecosystems.

"This shows that the Great Barrier Reef has connections to coral reefs that are thousands of kilometres further east," Bryan says.

"In terms of the health of the Great Barrier Reef, it's also important that these distant reefs are taken care of." 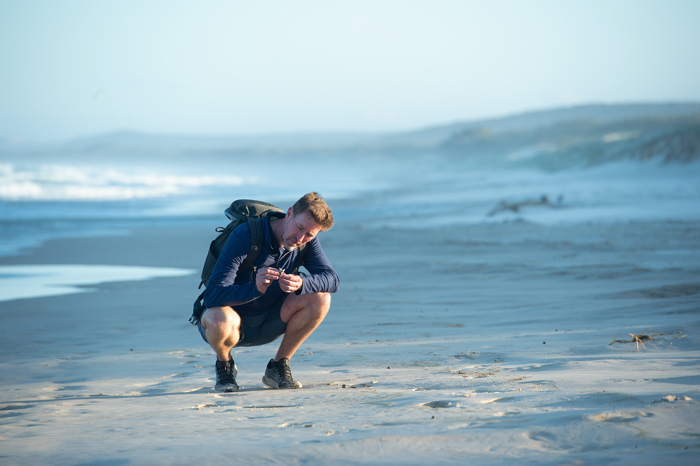 As for Volcano F, it's been raising its profile in recent years, and in more ways than one. The ongoing eruptions aren't just attracting attention from scientists – they're also changing and building up the underwater landscape around the volcano.

Bryan was part of an expedition team that surveyed the site this year, collecting samples and observing what the volcano looks like underneath the waves.

"It's a volcano that's getting close to breaching the surface and will become an island in years to come," Bryan says.

We've seen what that can look like in other parts of the world, and it makes for a pretty amazing spectacle: instead of gigantic volcanic rafts, entire pop-up islands emerge out of the ocean.

Volcano F was already a great story, but it looks like the next chapter may be even more incredible.