Mercury Just Passed The Sun For The Last Time Until 2032. Here Are The Epic Photos

For the last time in this decade, Mercury has passed in front of the Sun in what's known as a transit - a rare chance to see a planet cross the face of our home star. And the images are truly something to behold.

From where Earth sits in the Solar System, the only transits we get to see are of Mercury and Venus, since those are inferior planets in respect to our own space rock.

With roughly 13 transits of Mercury happening in an entire century, it's a rare treat indeed. Four of these events have occurred in this decade; now, we won't be getting another one until 2032.

So it's no wonder we had a bunch of excited stargazers training their gear at the Sun in South America and eastern North America - the two places where the roughly 5.5-hour transit could be seen in its entirety.

Thankfully, for those of us who missed out due to unfavourable weather or simply being in the wrong location, there's plenty of fantastic footage and photos to marvel at now that the event has passed.

Of course, NASA was best equipped for the job of capturing Mercury's passage, with telescopes trained at the Sun not just on the ground, but in space, too.

Just a few more minutes in today's #MercuryTransit! Watch Mercury complete its journey across the Sun through the eyes of our Solar Dynamics Observatory satellite ➡️ https://t.co/5OFdcyOFJ8. SDO keeps a constant eye on the Sun, so it has a prime view for transits like this! ?☀️ pic.twitter.com/QuCxZL6u1X

In this photo, the little planet sits near the centre of the Sun, framed by a dramatic silhouette of the Washington Monument. 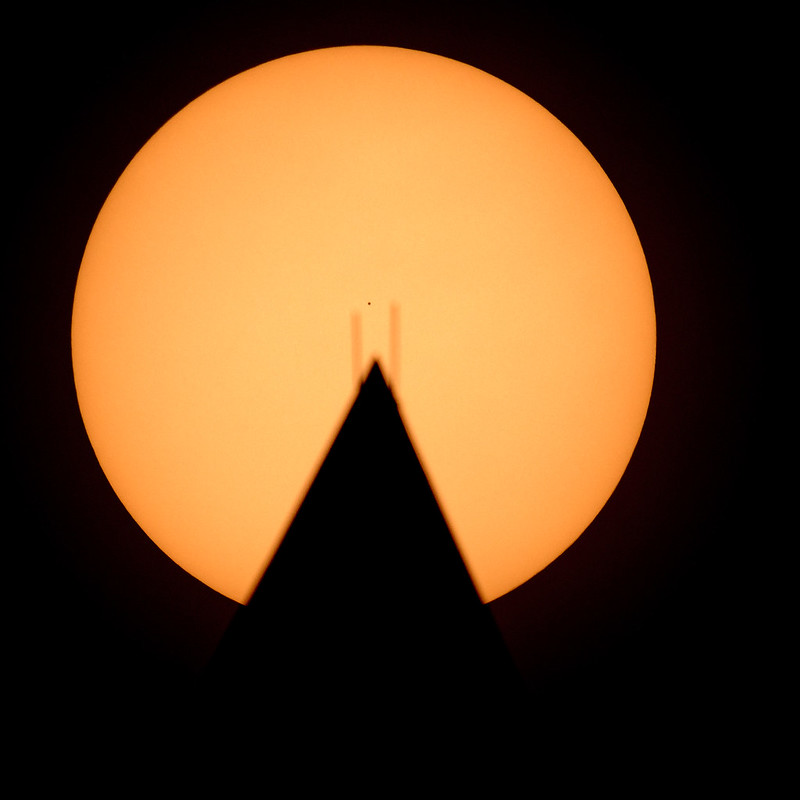 Note how unblemished the face of the Sun is in these images - solar activity is currently quite low, and there were no sunspots visible on the day of the transit.

To watch - and capture - the planet's path with a telescope, you need to attach a special filter like those below (we shouldn't have to tell you that staring at the Sun with the naked eye is never a good idea).

Although you have to squint a bit to see the planet, we do love the pretty green effect that welder's glass - used as a filter - created in this photo by Flickr user fdecomite. 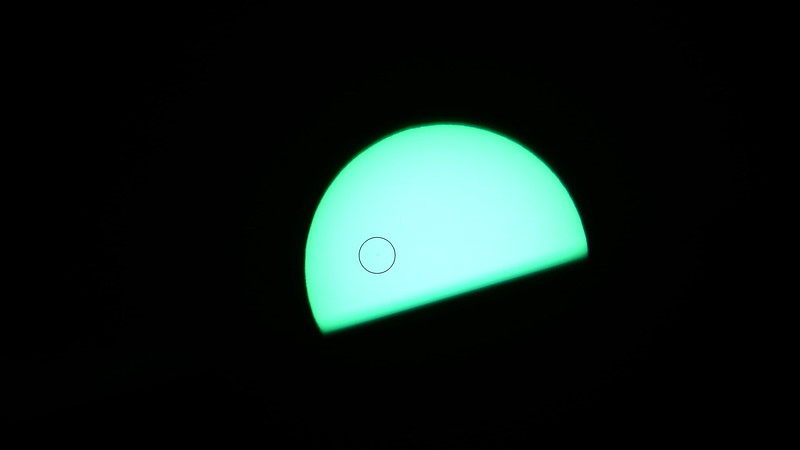 Now, if you want to relive the whole event, Slooh did host a livestream that's still available to watch on YouTube. Incidentally, watching it on your telly could be a good way to get your pets more interested in astronomy, too.

But if you just want the best highlights, you should watch this magical compilation from NASA's Goddard Space Flight Centre and Genna Duberstein. That little black dot, speeding across the fiery disk of the Sun - that's an entire planet. Pretty special.

You can see the full range of Mercury transit images on NASA's website here.