Aine Corona on the surface of Venus. (NASA/JPL)

The planet Venus is scorching hot beneath its suffocatingly thick atmosphere, much of its surface shaped by the surges and flows of volcanic activity. Nevertheless, planetary geologists have been unable to find hard evidence that the planet remains volcanically active.

Well, we just got some of the best evidence yet. Venus has plenty of volcanic features on its surface - wide volcanic plains, domes and coronae, mountainous shield volcanoes. Researchers led by geophysicist Anna Gülcher of ETH Zürich in Switzerland used simulations to figure out how volcanic coronae form and grow, and determined that the features observed on Venus must be quite young.

This demonstrates, they say, that Venus is far from volcanically extinct.

"This is the first time we are able to point to specific structures and say 'Look, this is not an ancient volcano but one that is active today, dormant perhaps, but not dead'," said geologist Laurent Montési of the University of Maryland.

"This study significantly changes the view of Venus from a mostly inactive planet to one whose interior is still churning and can feed many active volcanoes."

It's been understood for some time that the surface of Venus is relatively young compared to other planets like Mars and Mercury. Analysis and geologic mapping of the planet have revealed that most of Venus underwent resurfacing sometime in the last billion or so years.

A lot can happen in a billion years. It's possible that Venus's interior has cooled, and the crust hardened, to the point that liquid magma can no longer penetrate through to the surface. However, the clues that Venus has not yet reached this point have been mounting.

The Pioneer Venus Orbiter in the 1970s and 80s, for example, found sulphur dioxide features in the Venusian atmosphere. A 2015 paper found that transient bright spots correlated with very young geological features could be consistent with lava flows. And a paper just earlier this year simulated olivine weathering rates on Earth's 'sister planet', and found that the lava flows on Venus were likely very young.

Gülcher's team sought their answer in a type of volcanic feature called a corona. Coronae look a bit like impact craters, and consist of a raised ring (like a crown) around a sunken centre, with concentric fractures radiating outwards; they can be hundreds of kilometres across.

Scientists initially thought these structures were craters, but closer analysis revealed that they're volcanic in nature. They're caused by plumes of hot molten material welling up from the planet's interior, pushing the surface upward into a dome that then collapses inward when the plume cools, leaking out the sides to form the ring.

To understand this formation process, the researchers numerically modelled the thermo-mechanic activity in the interior of Venus. This allowed them to generate high-resolution 3D simulations of the corona formation process, varying parameters such as plume size and temperature, and the thickness of the lithosphere to encompass a range of outcomes.

By simulating the evolution of coronae over time, the team was able to identify features primarily seen in very young, recently active coronae, as well as determine the changes those coronae underwent over time. 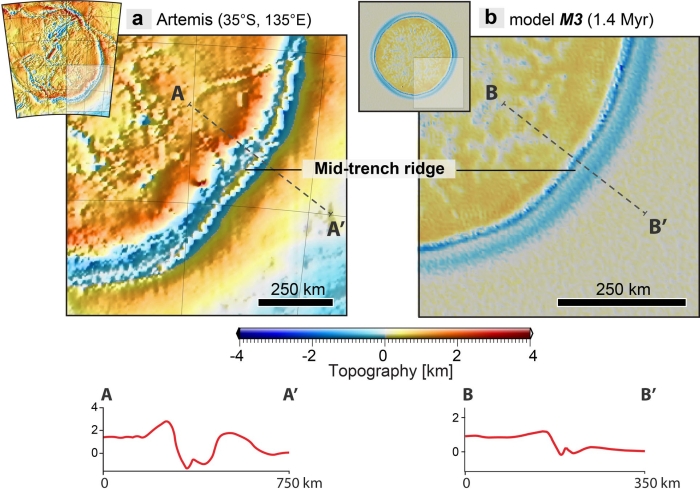 These simulations were then compared with actual coronae on the surface of Venus, as seen in the image above.

Not only did the team match recently active features from their simulations to real coronae, they were able to show that variations in coronae on the Venusian surface actually represent different stages in geological development. That strongly suggests those coronae are still evolving - and that the planet's interior is still active.

"The improved degree of realism in these models over previous studies makes it possible to identify several stages in corona evolution and define diagnostic geological features present only at currently active coronae," Montési said.

"We are able to tell that at least 37 coronae have been very recently active."

These 37 coronae were clustered in a few locations, suggesting that some regions are more active than others - and highlighting where future orbital (and even lander, if the technical hurdles can be leapt) missions might best focus their attention.