Many science fans were freaking out this week when NASA confirmed that its Parker Solar Probe had become the first spacecraft ever to 'touch the Sun' back in April.

But if you thought that was mind-boggling, hang on to your seat, because there's actually time-lapse footage of the spacecraft's view as it swoops into the Sun's corona – and it's one of the most spectacular things we've seen in a very long time.

The footage is made up of individual images captured between August 8 and 12 this year, during the probe's ninth perihelion, or closest approach to the Sun. And, let's be honest, it looks like something straight out of a sci-fi film.

If you're not already awestruck, skip back to 0:02 and feast your eyes on that cameo from the Milky Way in the background.

So, what are we actually looking at? These images were captured by the Parker probe's WISPR (Wide-field Imager for Solar Probe) instrument.

All of those streaks the probe is zooming through are coronal streamers – massive loops of electrically charged gas and plasma that connect two regions of opposite polarity on the Sun. They're extended out by the solar wind and they glow like this because they're filled with electrons.

These streamers, also known as helmet streamers, are usually only visible from Earth during an eclipse – but in the footage they're seen as the spacecraft flies above and below them inside the corona. 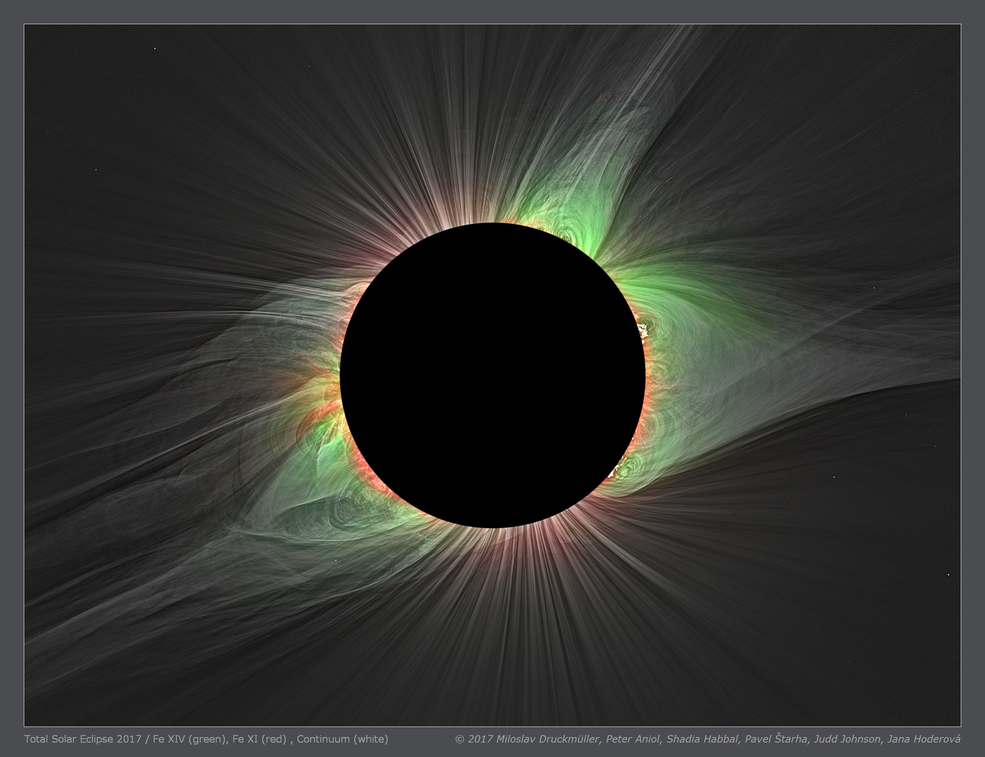 Above: Coronal streamers visible during an eclipse in 2017.

But that's not all there is to gape at in the Parker time lapse. Take another look and you may notice there are planets visible in the background – including Earth!

While NASA hasn't confirmed which planets are which, detailed internet sleuthing by astrophysicist Grant Tremblay from the Harvard & Smithsonian Center for Astrophysics has come up with some answers.

According to Tremblay, with the help of computational scientist Karl Battams and Andrew Phillips, in order of appearance, we first see Mars, Mercury, Venus, the Milky Way, Saturn, and finally, a little dance between Earth and Jupiter.

This has been helpfully annotated by Tremblay below: 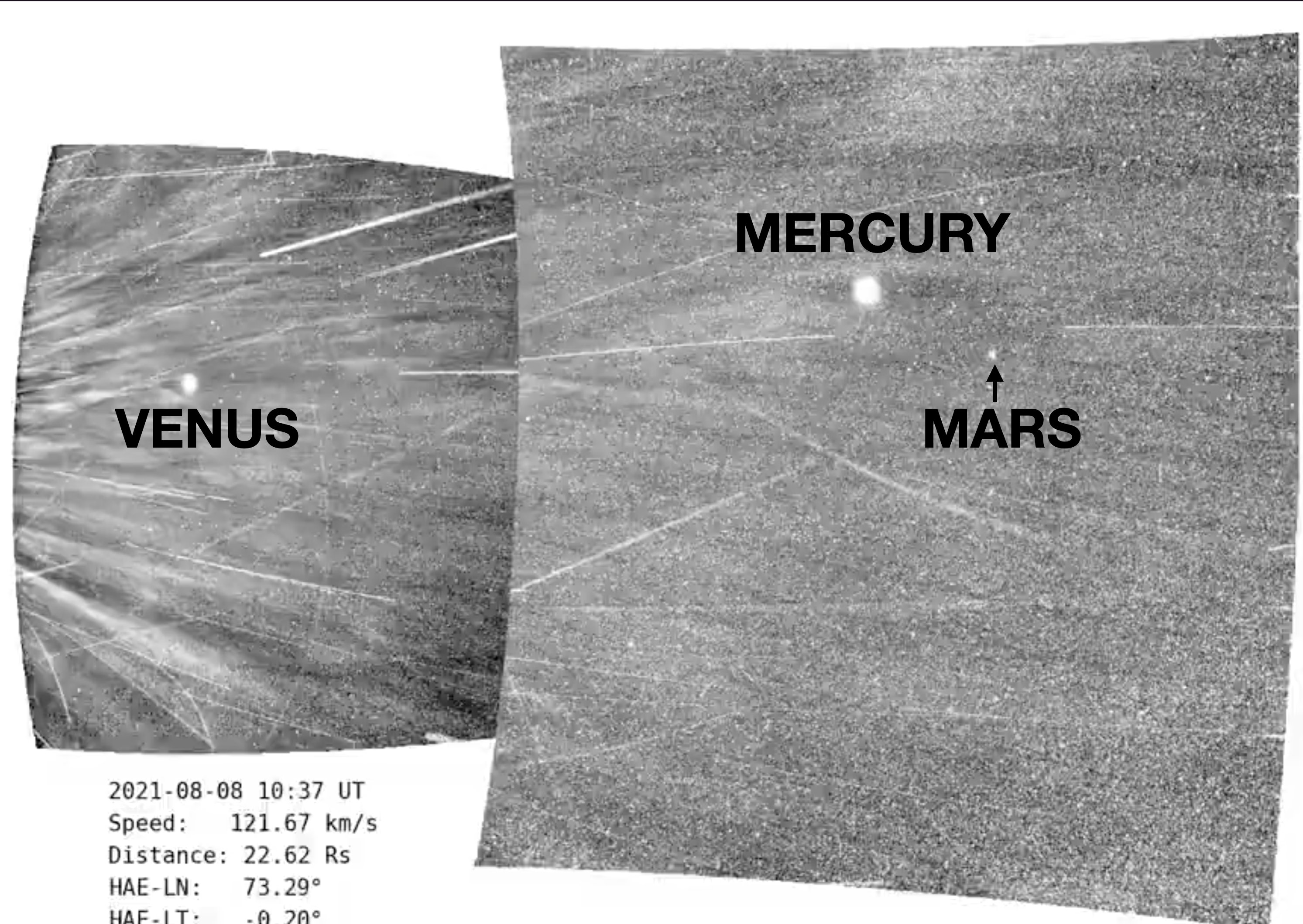 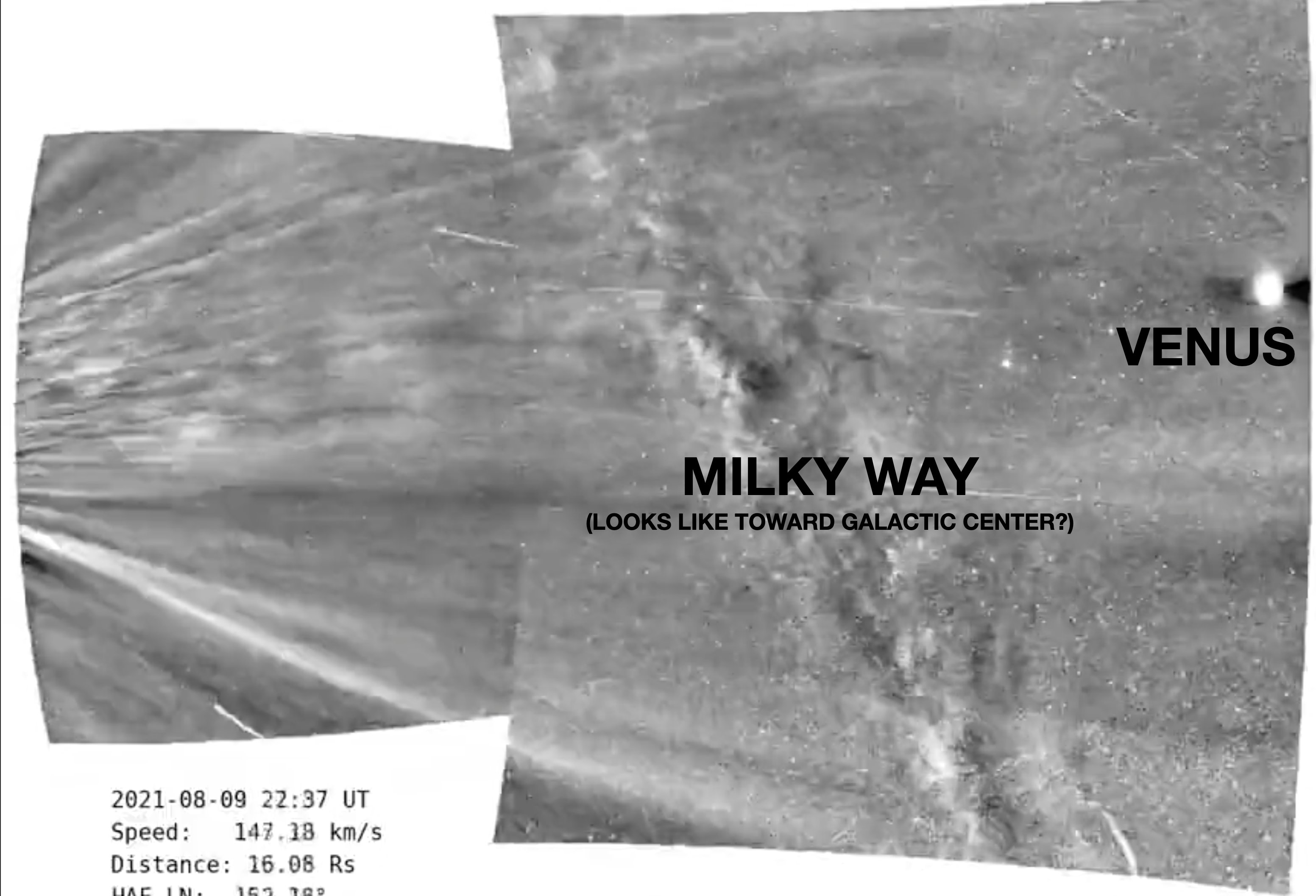 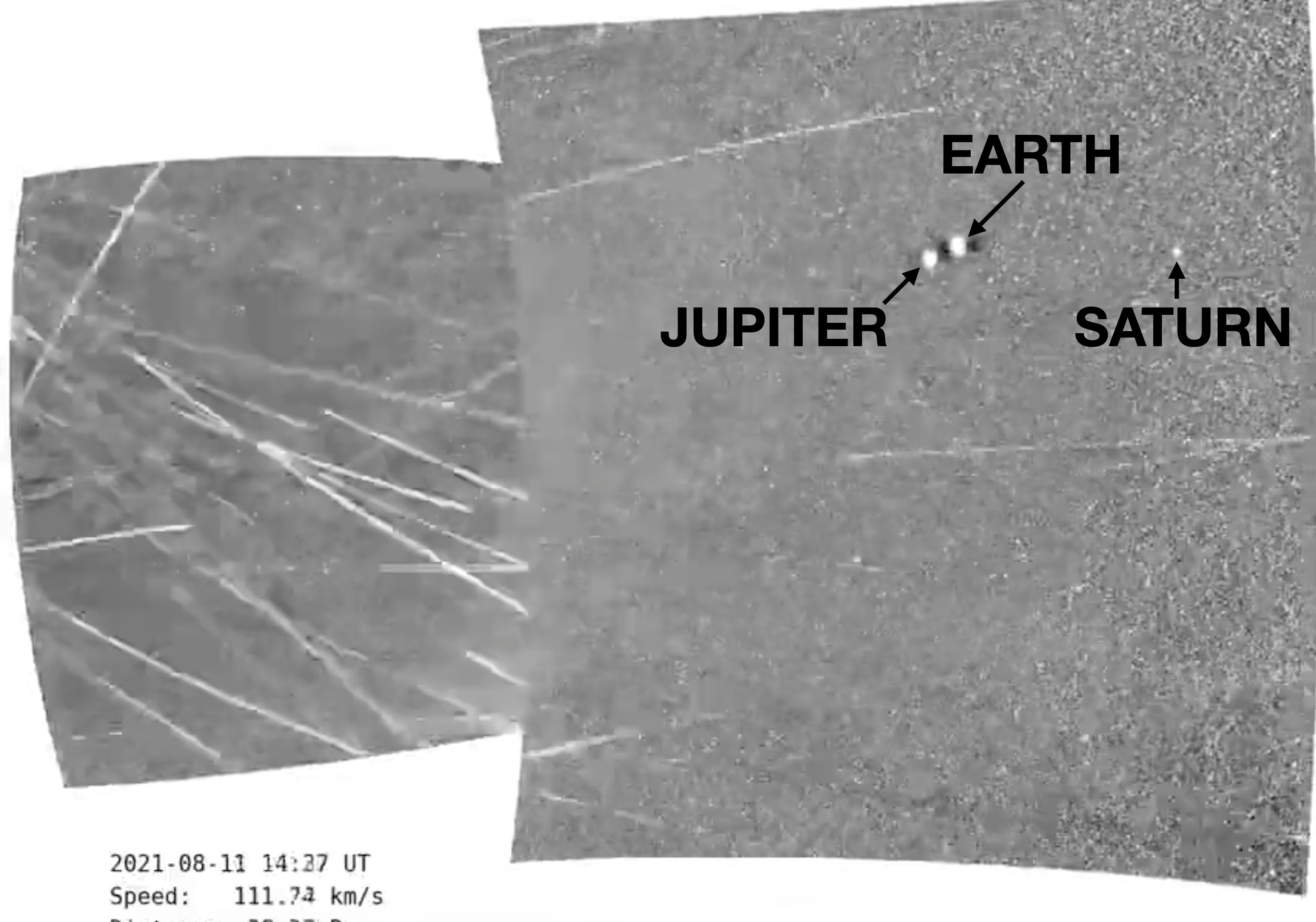 If that sounds like a whole lot of a view to take in over just five days, you're not wrong. But don't forget the Parker Solar Probe was moving at speeds of up to a phenomenal 147 kilometers per second or 529,200 kilometers per hour (that's around 91 miles per second or 328,830 miles per hour) – you can watch the speed being clocked on the bottom left of the footage.

So, if you weren't already excited by this awesome little probe overhauling our understanding of the heart of our Solar System, hopefully you are now.

Arguably the best thing is the fact the little spacecraft still has another 15 perihelions ahead of it, and we have four more years of data to collect and analyze.

When its mission is done, we may finally understand more about the enigmatic star that powers our world.