Everything Is Weird Right Now, But Here Are Some Really Good Things Happening on The Planet

We don't need to tell you world news is pretty grim right now - if you use social media, it's nigh on impossible to avoid articles about bubbling permafrost, drug-resistant gonorrhoea, and deadly obesity treatments. And that's just the science headlines.

But despite all the doom and gloom, in reality there are a whole bunch of incredible people doing really good things around the world right now. Sometimes they just don't get as much press as they deserve.

So as a much-needed reminder that not everything is ruined, here are some of the awesome things happening in the world right now that you can talk about over dinner tonight (instead of global tension and nuclear weapons). You're welcome.

Days after a poacher's trap killed a young mountain gorilla in Rwanda's Volcanoes National Park in 2012, researchers spotted something remarkable: two four-year old gorillas working together to dismantle similar snares in the area. It's the ultimate feel-good story. 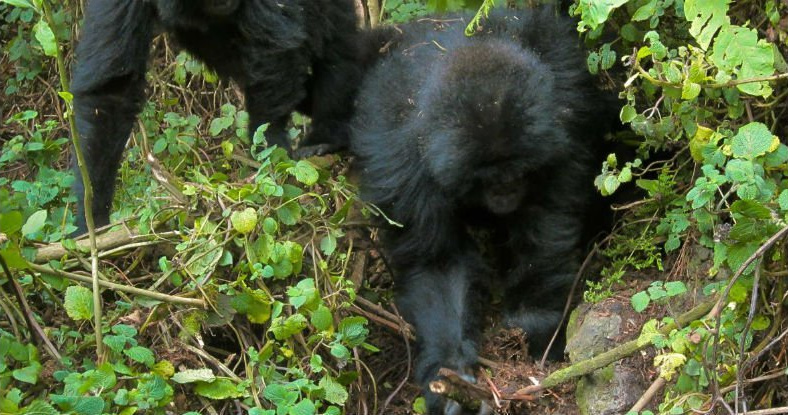 "This is absolutely the first time that we've seen juveniles doing that … I don't know of any other reports in the world of juveniles destroying snares," Veronica Vecellio from the Dian Fossey Gorilla Fund's Karisoke Research Centre in Rwanda told National Geographic at the time.

Nuclear fusion could be the key to producing almost-unlimited energy with few byproducts other than saltwater, but researchers have long struggled to create a machine that could sustainably control such a powerful reaction.

But that's changing. At the end of 2015, Germany switched on a massive nuclear fusion reactor that's since successfully been able to contain a scorching hot blob of hydrogen plasma.

They're not the only ones, either, with South Korea and China both achieving record-breaking reactions in their own fusion machines. The UK has also switched on a revolutionary type of reactor that is now sustainably generating plasma within its core.

In fact, MIT scientists predict that thanks to all these new advances, we should be able to get fusion energy on the grid by 2030.

3. We can now 'listen in' to the Universe

And with a new space-based series of detectors known as LISA coming online by 2034, we're going to soon be able to use them to test all kinds of crazy hypotheses - including the idea of multiple dimensions within our Universe.

4. We're getting really close to eradicating the second disease from the planet

First, humans got rid of smallpox. Now we're on the verge of wiping out the Guinea Worm parasite, which is a living nightmare that painfully erupts from people's skin.

At the start of 2015 there were just 126 cases of Guinea Worm left on Earth, mostly thanks to an ingenious and cheap drinking straw filter that stops people from being contaminated via water. As of May this year, there were only five recorded cases.

5. And Australia is on track to become the first country to wipe out one type of cancer

According to a new study, Australia will become the first country in the world to eliminate cervical cancer by 2028, with a predicted rate of just four new cases per 100,000 people.

And in just two years it will be considered a rare cancer.

This is thanks to a comprehensive prevention strategy that started back in 1991, involving regular pap smears and since 2007, free HPV vaccines for girls (and boys since 2013). Last year Australia also replaced pap smears with HPV cervical screening tests, which are predicted to reduce cancer rates by up to 30 percent in combination with the vaccine.

6. We're closer than ever before to having a drug that can treat autism symptoms

A small, but promising clinical trial in the US showed this year that a 100-year-old drug called suramin can measurably improve the symptoms of autism spectrum disorder ( ASD) in children.

There's a lot more work to be done, but it's the first time we've been so close to having a drug that can potentially treat ASD symptoms.

7. Scientists are working on a graphene-based sieve that turns seawater into drinking water

As if graphene wasn't awesome enough, back in April researchers achieved a major turning point in the quest for efficient desalination by announcing the invention of a graphene-oxide membrane that sieves salt right out of seawater.

At this stage, the technique is still limited to the lab, but it's a demonstration of how we could one day quickly and easily turn one of our most abundant resources, seawater, into one of our most scarce - clean drinking water.

8. You no longer need to pay ridiculous amounts to access peer-reviewed science research

The scientific community is fighting back against crazy paywalls, with a new study showing that more than a quarter of all scientific papers are now available free online thanks to the Unpaywall app.

9. We just discovered a vitamin that could reduce the incidence of birth defects and miscarriages worldwide

In what scientists are calling "the most important discovery for pregnant women since folate", a 12-year study has revealed that women could avoid miscarriages and birth defects by simply taking vitamin B3 during pregnancy.

10. Researchers are finally beginning to understand how we can repair spinal cord injuries

There's nothing simple about repairing spinal cord injuries. But new research has pinned down how one of the most cutting edge techniques works, and in particular how the body can repair itself with a little prompting from surgeons.

By finally understanding how spinal cord injuries can heal, researchers will eventually be able to develop even more effective treatments that could potentially go as far as reversing paralysis and other nervous system damage.

The hyperloop transport system is a brain child of Elon Musk that promises to shuttle people in tube-contained pods between cities at crazy speeds of roughly 1,126 km/h (700 mph). That's New York to Washington DC in around 29 minutes.

So far test hyperloops are being built in the US, the Netherlands, Slovakia, and the Czech Republic. The goal is to have a Hyperloop system between Amsterdam and Paris by 2021.

There's even a (slightly crazy) proposal to turn the US/Mexico border wall into a giant hyperloop.

12. African wild dogs communicate with each other in the most adorable way ever: sneezes

Scientists have observed African wild dogs in Botswana sneezing at each other in order to cast their vote on whether it's time to get up and go hunting. And, yes, we have video footage:

13. Scientists are fighting back against antibiotic resistance

The United Nations has declared antibiotic resistance a 'fundamental threat' to global health, which some scientists predict could kill 10 million people annually by 2050. But we haven't lost the battle yet.

At the start of this year, scientists announced the development of a molecule that reverses antibiotic resistance in multiple strains of bacteria at once, making it one of the most promising advances we've had to date in the fight against superbugs.

And Australian PhD student Shu Lam has the research community freaking out over a way to actually kill bacteria in the first place… without antibiotics. She's developed a star-shaped polymer that can kill six different superbug strains without antibiotics, simply by ripping apart their cell walls.

14. NASA has released all its research to the public for free

Last year, NASA announced that any published research funded by the space agency will now be available at no cost, launching a new public web portal that anybody can access.

The free online archive comes in response to a new NASA policy, which requires that any NASA-funded research articles in peer-reviewed journals be publicly accessible within one year of publication.

And last but definitely not least…

15. Scientists have classified a brand new type of celestial phenomenon… and they named it Steve.

But this year, scientists found out that Steve isn't actually an aurora at all - even cooler, it's an entirely new type of celestial phenomenon we hadn't seen before and are still learning more about.

The new astronomical phenomenon looks like a ribbon of flickering light, and has been spotted in the high latitudes of the northern hemisphere.

Check out below how awesome Steve looks in all his glory. See? Life isn't all bad. 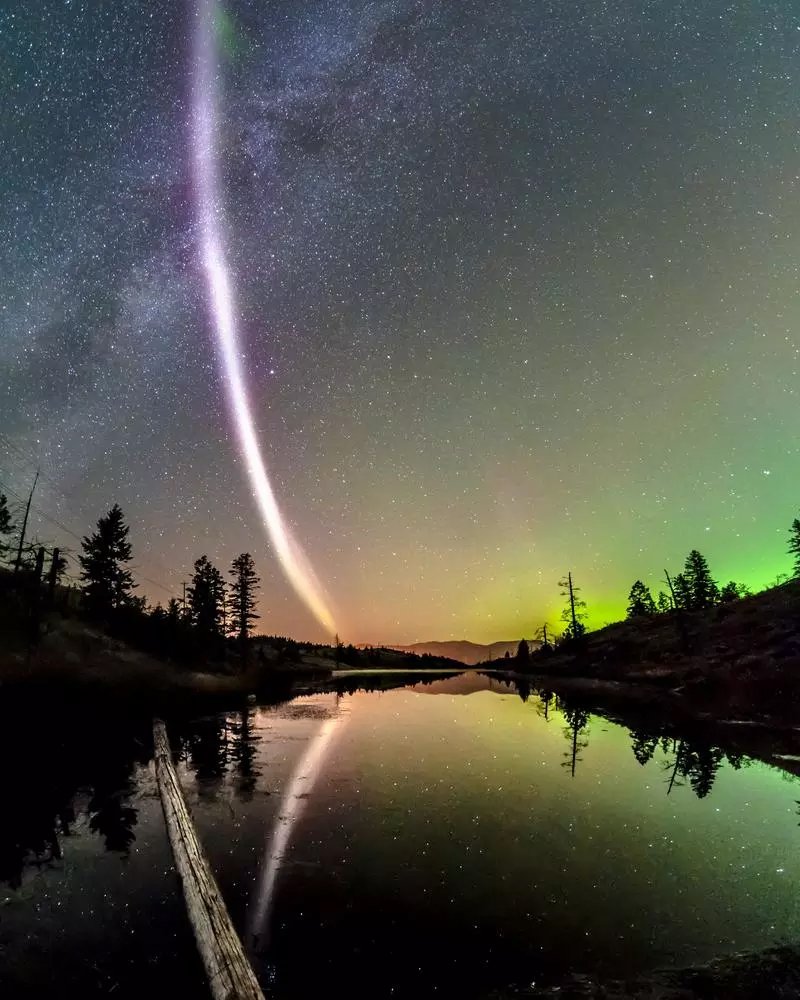 An earlier version of this story was published in August 2017.